Diesel hosted a bravery-themed art exhibit in Miami, the company\'s second stop in the three-city U.S. launch for its Brave fragrance.

Diesel held the second event in its three-city U.S. launch for its new men’s cologne, Only the Brave, on Thursday night at the Moore Building in Miami’s design district. The company brought its bravery-themed art exhibition, which attracted more than 400 people, to Miami following a launch party at Openhouse Gallery in New York on April 30.

“We thought Miami was very artsy, and we have a Miami artist showing in the exhibit, so it just fit,” said Ginny Wright, director of marketing for European designer fragrances for L’Oreal USA, which is a licensee of Diesel Fragrances.

Diesel partnered with experiential marketing agency Sub Rosa and the Keystone Design Union, a New York-based global design collective, which commissioned 30 artists from 20 countries to create the artworks displayed at the event. The artists received directions to explore the idea of bravery and were given about four weeks to create their pieces. The result was 75 artworks—including suspended art installations, paintings, sculpture, and drawings—displayed on the first two floors of the four-story building.

Ketel One and Presidente Light sponsored the two glowing blue bars from 3B Productions that Diesel branded with the company and fragrance name. Lucid, the only legal absinthe in the U.S., also sponsored a bar at the entrance. DJ Eve Salvail from Artist Related performed from a glowing blue DJ booth at the top of the stairs on the second floor.

Guests received samples of the fragrance (7 milliliter samples for V.I.P.s, and 1.5 milliliters for others) before leaving. The product launch continued Saturday in Los Angeles with a music event at the Diesel store on Melrose Place, featuring a performance by R&B singer Common.

The artworks will be sent back to New York and housed in the Diesel Denim Gallery in Soho for a month before being returned to the artists.

Correction: This story has been changed to more clearly explain the relationship between Diesel and L'Oreal. 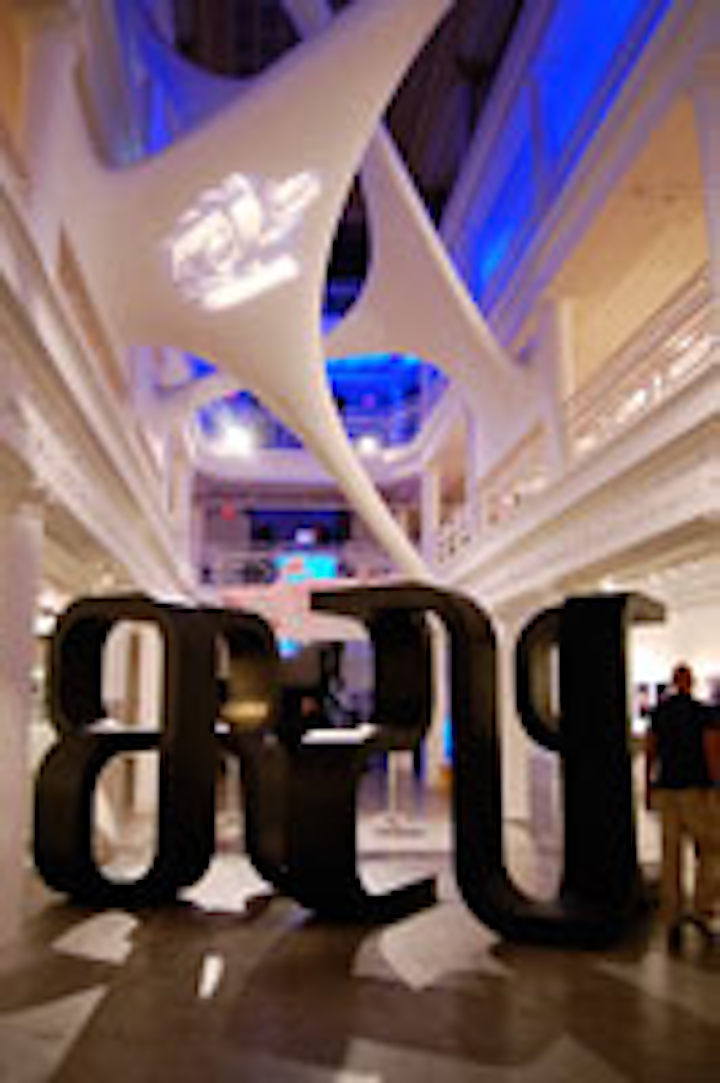 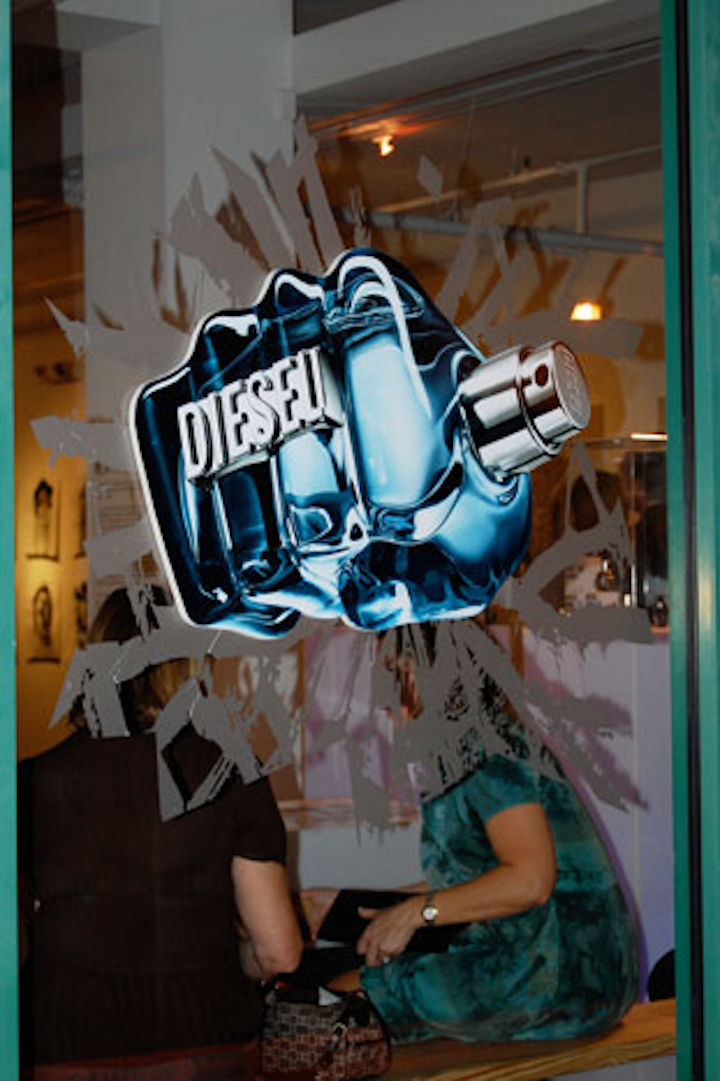 3B Productions adhered stickers of the cologne bottle to the first-floor windows of the building.
Photo: BizBash 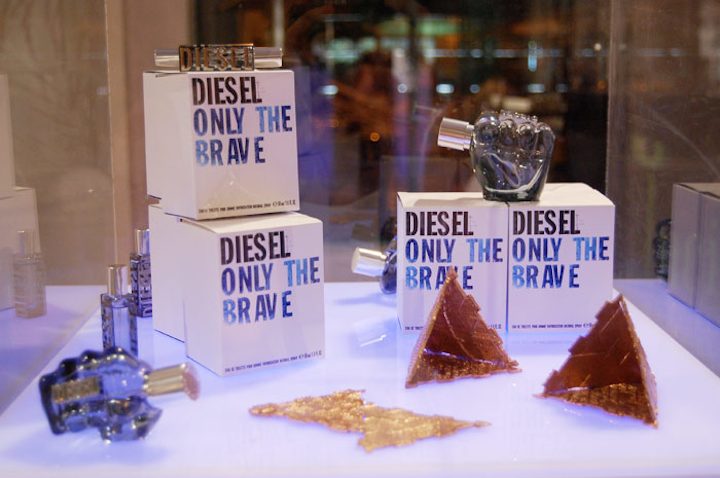 Diesel showcased the fist-shaped cologne on a pedestal.
Photo: BizBash 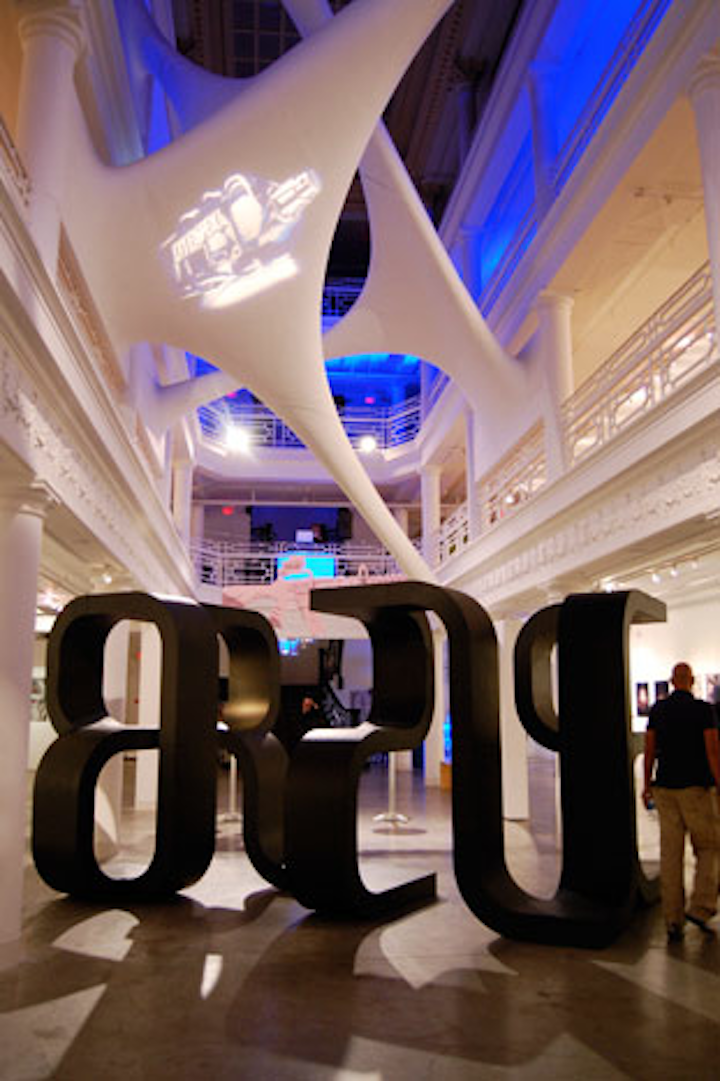 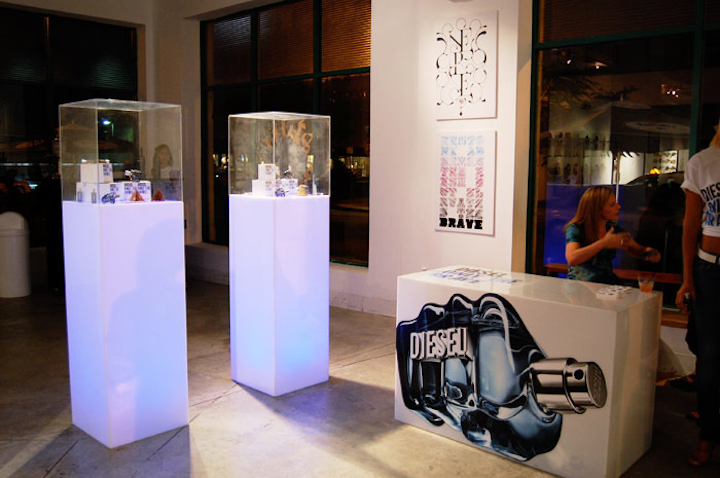 Images of the cologne's fist-shaped bottle adorned the space, including the check-in desk.
Photo: BizBash 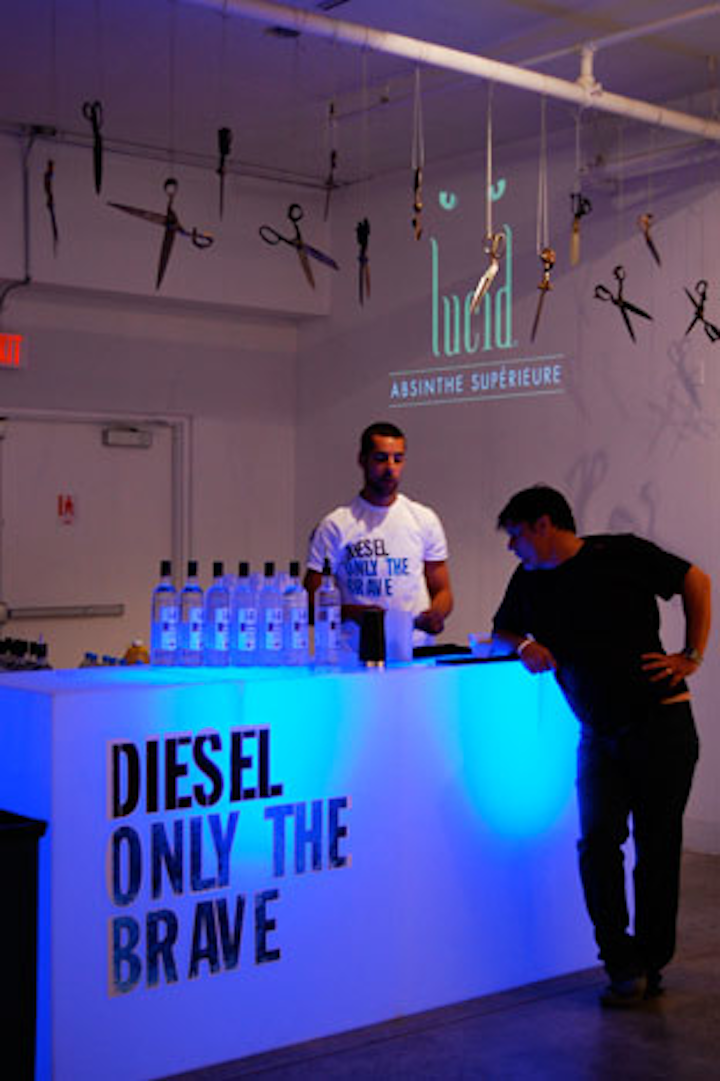 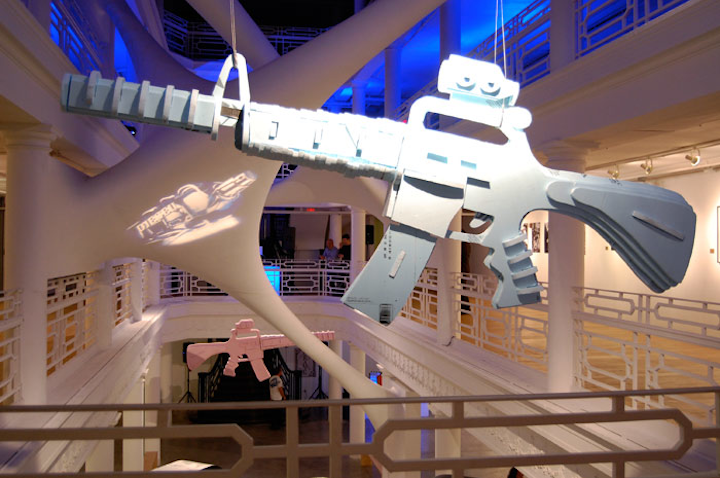