The San Francisco Ballet celebrated the company’s 80th season with its annual gala on January 24 at City Hall. While last year’s Italian Renaissance-themed event played off the season's performance of Romeo and Juliet, this year’s theme—“Moving the Compass”—was a bit more abstract. “The work of the San Francisco Ballet, its global reach, and the work the company brings back to the San Francisco community, inspired the idea for this year’s theme,” explains decor chair Leslie Ryder, who oversaw the event alongside gala chairwoman and Broadway producer Deborah Taylor.

Inspired by the company’s recent global tour schedule and its cultural diversity, the design team at Blueprint Studios reflected the worldly concept with a modern, eclectic look. Beginning with a reception in the South Light Court and moving into the ornate rotunda and North Light Court for dinner, the night's 855 patrons found spaces decorated with vibrant colors, bold fabrics, and sculptural furnishings. The historic venue was also the site of the after-party—following a performance of eight short, globally inspired dance pieces at the nearby War Memorial Opera House—where British pop star Heath Hunter had prepared a flash-mob dance that broke out in the rotunda and continued into the North Light Court. 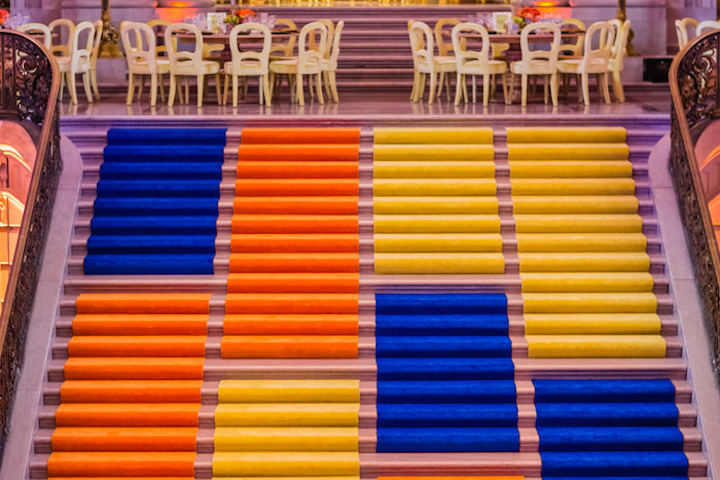 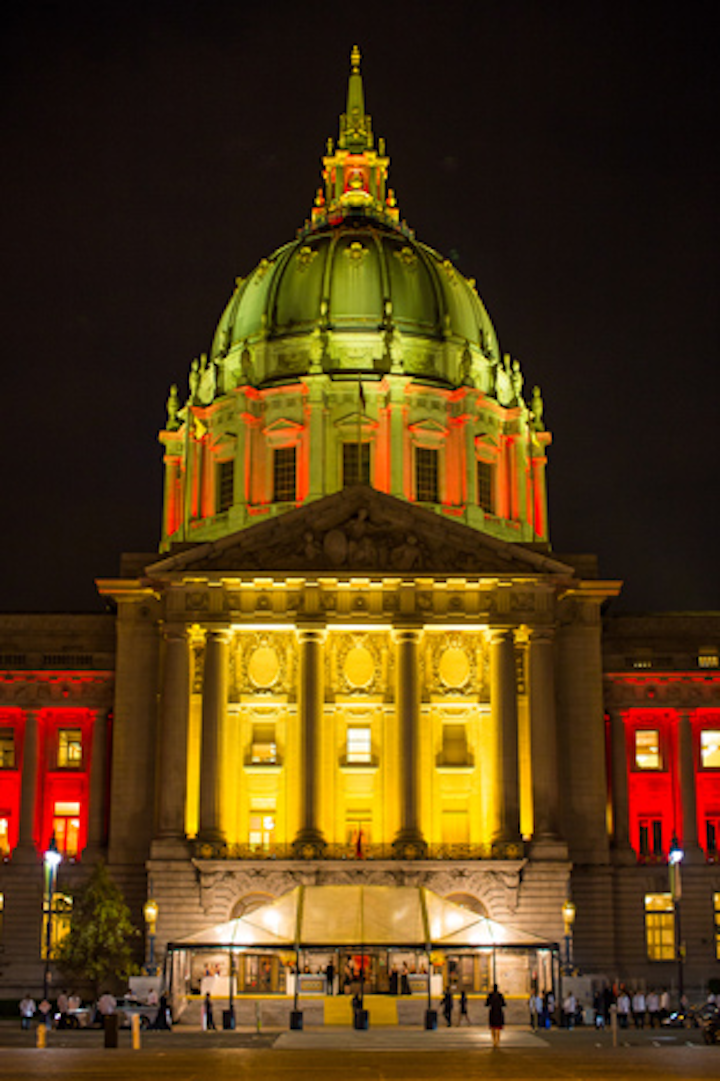 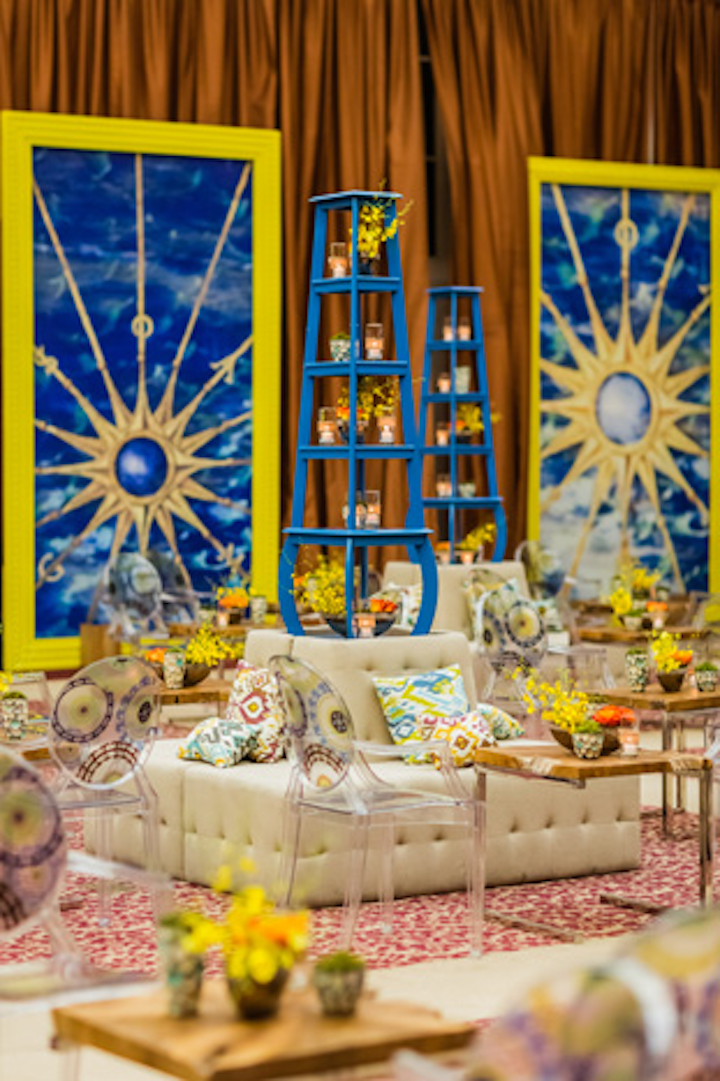 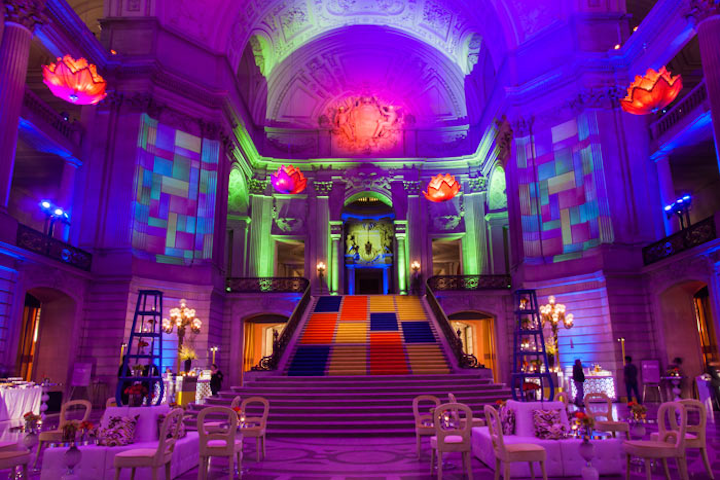 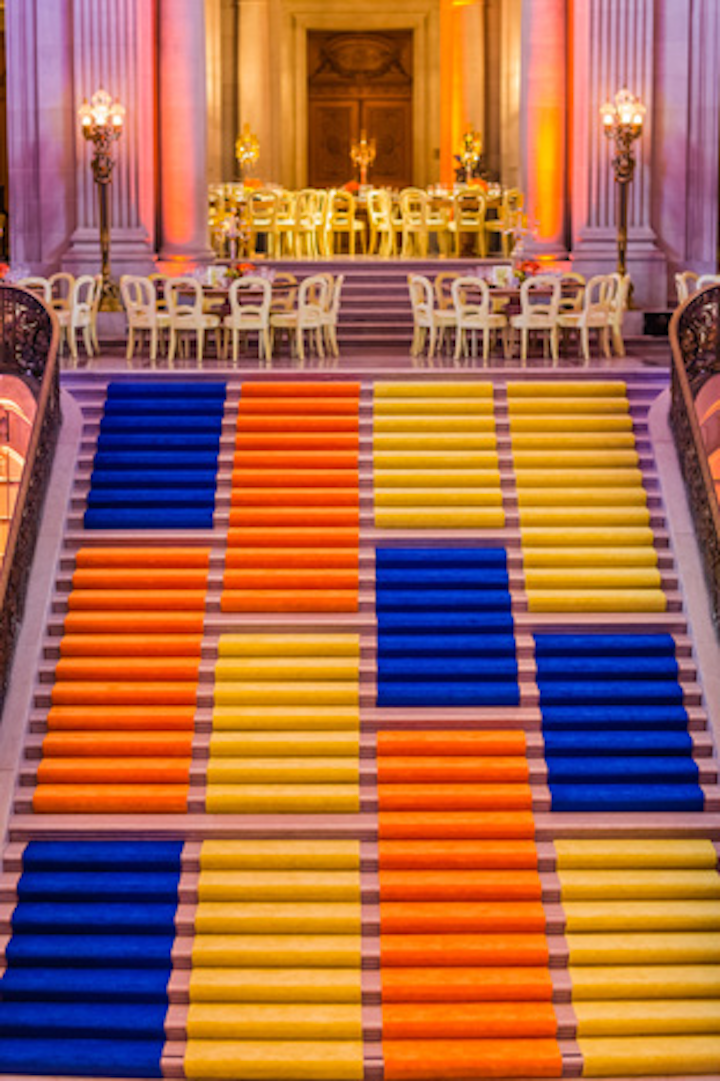 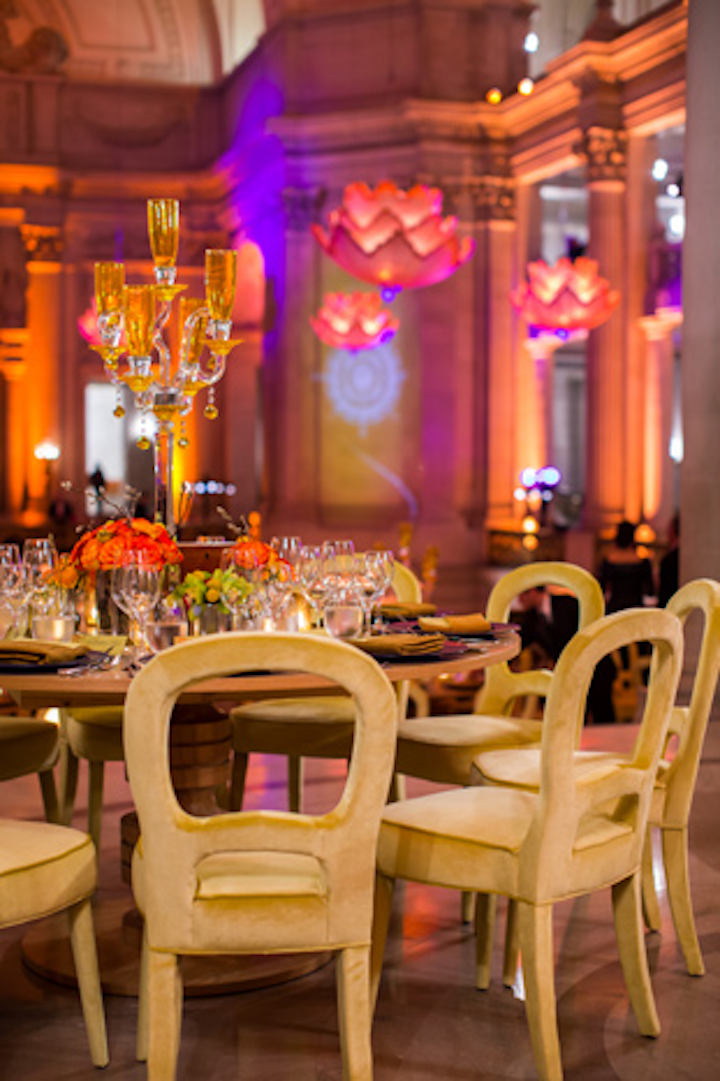 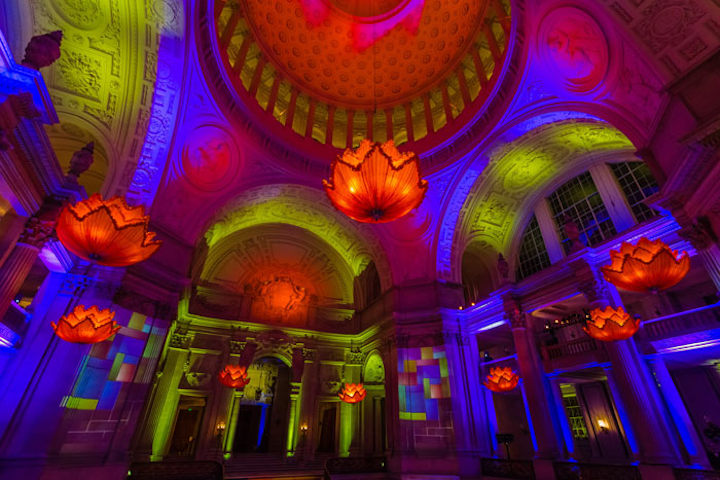 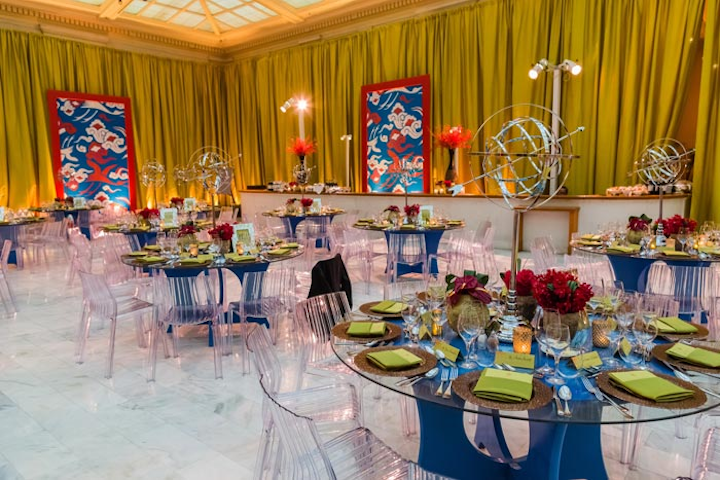