How MGM Brought Las Vegas Glitz to the Washington Area

After four years and $1.4 billion, MGM National Harbor in Oxon Hill, Maryland, opened with a high-profile event on Thursday. The new venue, owned by Las Vegas-based MGM Resorts International, includes a 308-room hotel, a casino, several restaurants, a 3,000-seat theater, a 27,000-square foot salon and spa, and about 50,000 square feet of meeting space.

The grand opening aimed to bring some Las Vegas glitz to the banks of the Potomac River. Event organizers say that MGM envisioned the party as a glam open house, allowing 5,000 guests to discover everything there is to experience at MGM National Harbor in addition to gambling, such as dining, shopping, art installations, and live performances.

“We want this to be the entertainment epicenter of the area, and that party [reflected] it,” said Alison Bybee, MGM National Harbor vice president of food and beverage operations. “What people can do is have fun ... and explore all the little nooks and crannies. I don't even think you can do it in three hours for the party, so hopefully what we're going to do is get people to come back and encourage them to come back many times. It's a lot to uncover and explore.”

In that spirit, gala guests who arrived at 7 p.m. received a map of the facility emblazoned with the words “Discover It All,” zeroing in on where to see different activations and live acts.

Ice sculptors Angelito Baban and Jess Parrish carved a 5,500-pound lion ice sculpture on a terrace outside, accompanied by sounds from rising female artist DJ Cee, while Cirque du Soleil took over the Theater at MGM National Harbor with performances from the Las Vegas shows O, KÀ and Zumanity. Live Nation will be booking and promoting acts at the theater, where upcoming performances include Boyz II Men on Thursday, Bruno Mars on December 27, Duran Duran on December 31, and a series of concerts from Cher beginning in March 2017.

The action continued throughout the resort, with actress and entrepreneur Sarah Jessica Parker helping customers shop at her new SJP by Sarah Jessica Parker shoe boutique. Blue Man Group performed in the soaring 15,000 square-foot Conservatory. Hip-hop dance group Jabbawockeez, one of the acts at MGM Grand in Las Vegas, did a show on the 125,000-square-foot casino floor, and Yale-trained rock cellists Low Strung played in the Conservatory. The Washington Redskins marching band and cheerleaders paraded through the halls, and 21 contestants from Miss World 2016 were also on hand to celebrate. The 66th edition of the Miss World finals will take place at the theater on Sunday.

Outside, traffic backed up and by 10:30 p.m., the casino opened to the public ahead of schedule so that the crowd of 5,000 outside wouldn’t have to wait in the cold. Within an hour, the casino reached capacity of 9,000, and it continued to draw capacity crowds in the days after—to the extent that MGM asked guests without reservations to please consider visiting the new resort after the grand opening weekend. 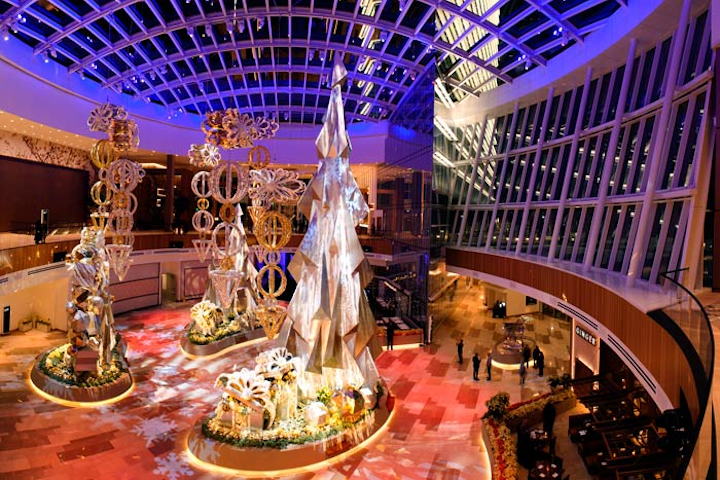 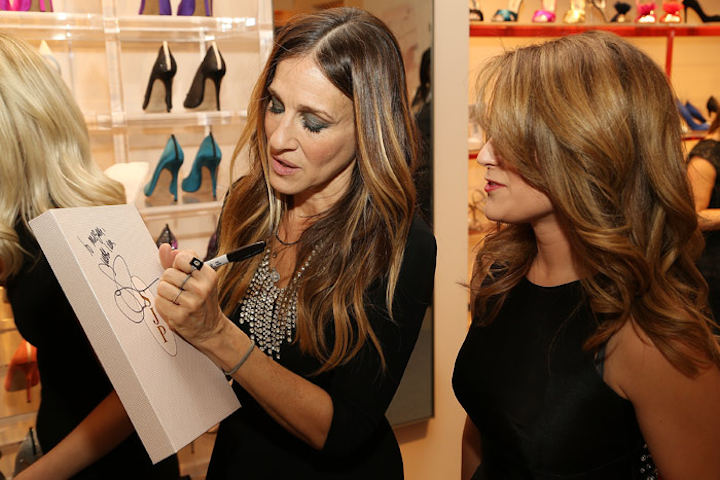 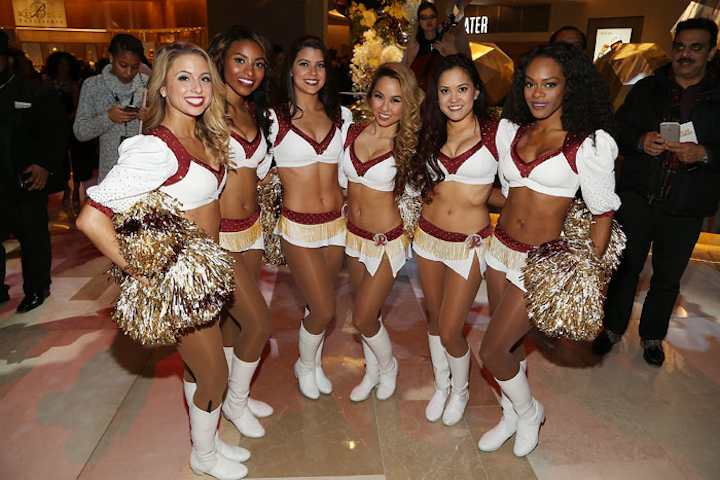 Washington Redskins cheerleaders posed for photos and led an employee parade through the resort with the help of the Redskins marching band.
Photo: Paul Morigi/Getty Images for MGM National Harbor 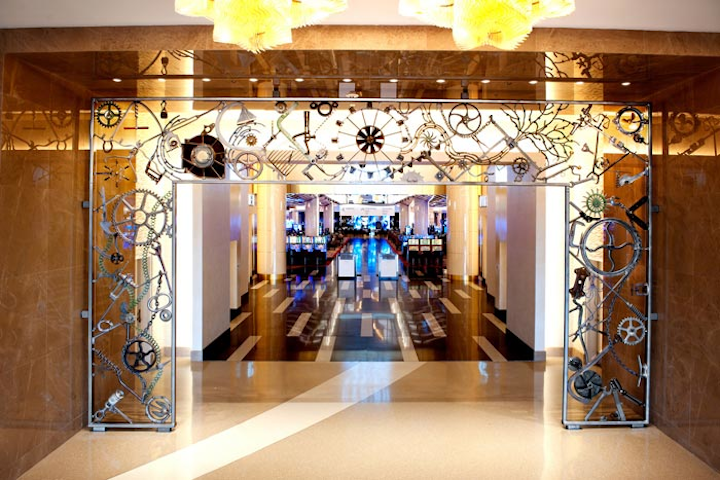 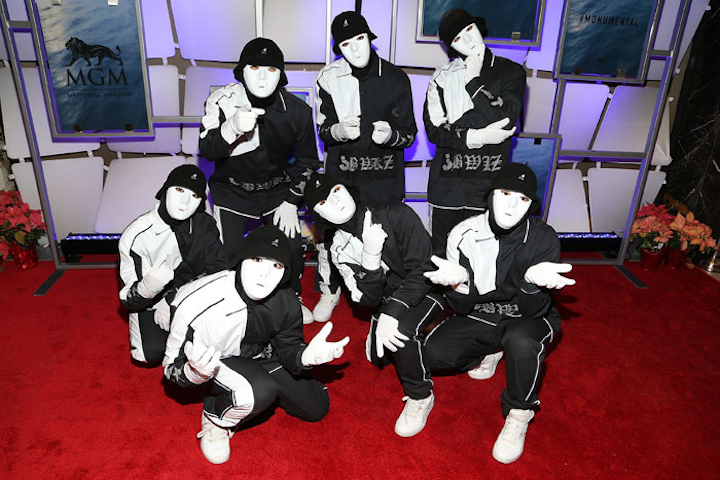 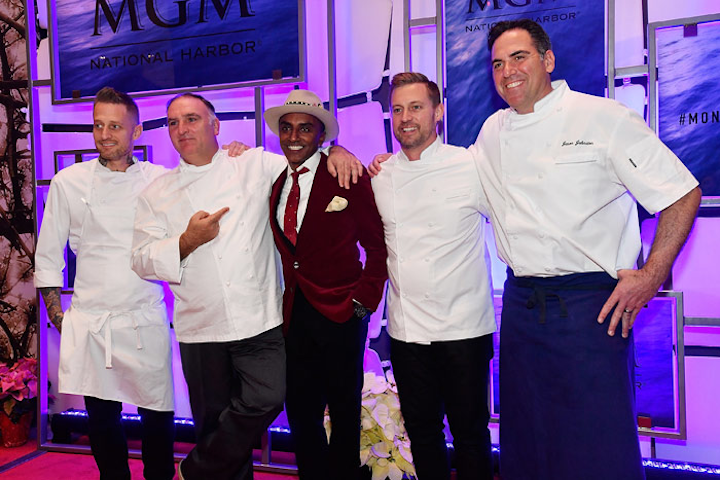 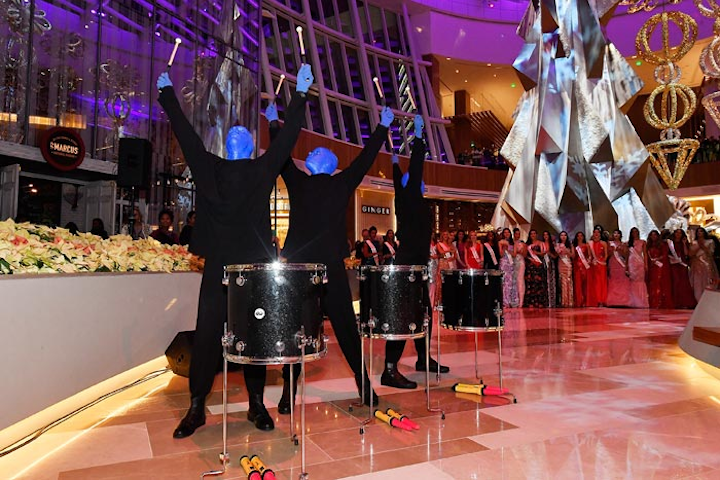 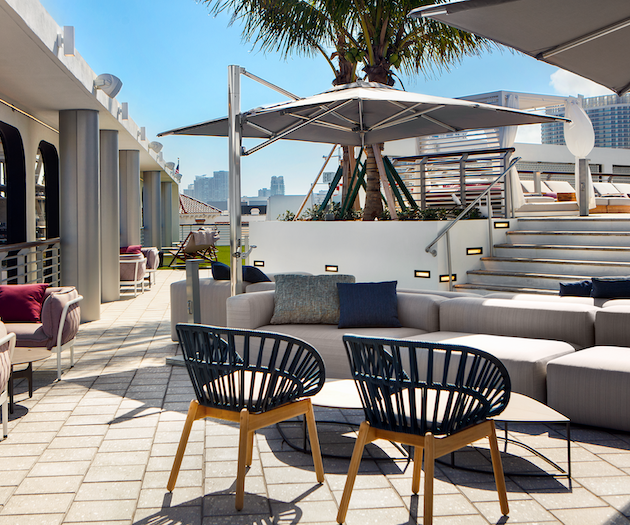 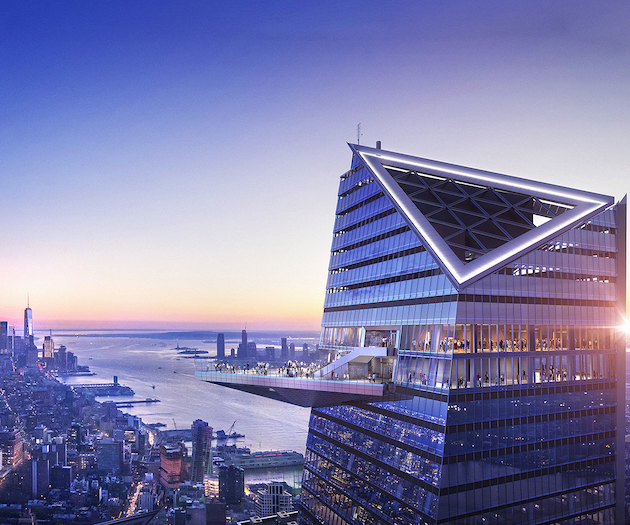 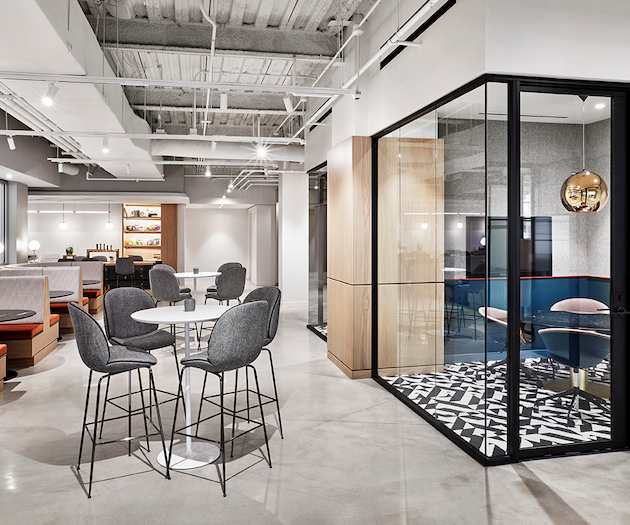 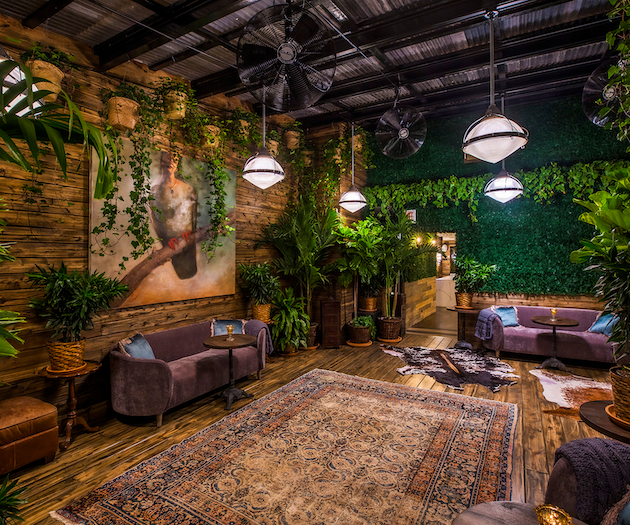