How This App Uses Augmented Reality to Drive Traffic for Events 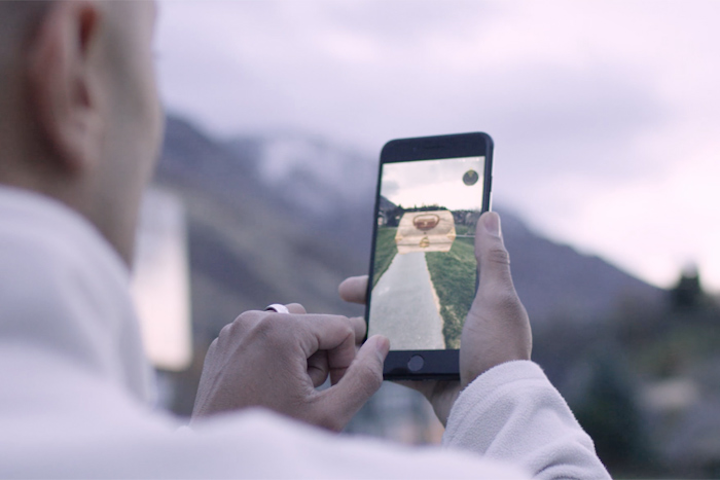 The Seek app uses augmented reality, so the treasure chests appear in the camera view on the user's device.
Photo: Courtesy of Seek

Pokémon Go proved that the combination of augmented reality and a treasure hunt can be wildly popular with people of all ages. Now planners can tap into that craze to drive traffic at their events with a new app known as Seek. It’s based on a similar concept as Pokémon Go, except it rewards users with real prizes.

“We are trying to get audience engagement," says Jon Cheney, C.E.O. of Seek. "People remember much better when they ‘do’ as opposed to when they ‘see’ or ‘hear’ something. And when they win, they will remember really well. It’s an engaging way to funnel people around an event.”

The app allows planners to place virtual “treasure chests” anywhere around their event, as long as it is a location that has GPS available. Attendees see dots on a map indicating the locations of the treasure. Once they get within about 10 feet of it, the app uses the phone’s camera to bring up an augmented-reality view showing the treasure chest in front of them. By clicking on it, the animated chest spins and opens to reveal if the user has won a prize. So at a trade show or festival, for example, exhibitors can have a treasure chest in their booths and virtually “fill” it with items of their choosing. This draws traffic to their booth and gives them a new way to give away products and prizes as opposed to a traditional raffle.

Another option for a large event is for the host to place just one treasure chest that is visible in the app from a wide radius. That’s what the organizers of the Utah Sports, Health, and Fitness Expo in Salt Lake City did for an event on December 17. “All the exhibitors put stuff in this one chest. Then we set it up to randomly award those prizes as people click on the chest, and the users go to the specific booth to collect those prizes,” Cheney says. “Now we’re driving excited customers to booths. And it’s probably stuff these booths were planning to give away anyway, but the customer feels like they are winning it.”

The app can also be used for impromptu live giveaways to create excitement, such as during a general session. The audience can be told there is a treasure chest in the room. They open the app, click on the chest that appears on stage or in another visible location, and find out if they won a prize.

The brand or company managing the app can choose the odds of winning. For example, a treasure chest can hold thousands of low-value prizes and just one high-value prize, and the planner can set how often people win. The system also generates data about users through a series of questions that are asked when they first download it, such as birthday, gender, and a customizable list of interests.

"With that information, we can say to a business, you had 185 people come and open your chest today, here's who they are. Not specifically, because we value the privacy of our users, but we can share demographics. You had this many males and females, here's your age distribution, here's what they were interested in,” Cheney says.

Pricing starts at about $2,000 to place one chest at an event. For an event such as a trade show or festival with multiple exhibitors and vendors, planners can choose whether to offer it as a free benefit or to charge them to have access to a treasure chest.