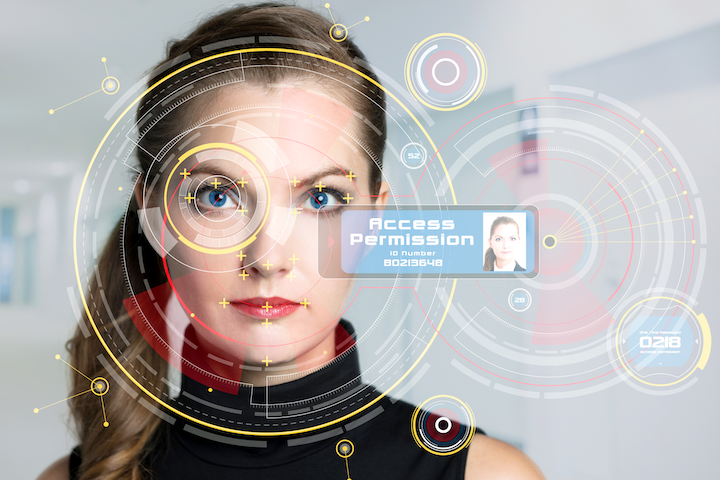 Technology is often a secret weapon that event planners use to streamline check-in, eliminate the need for reams of paper agendas, and track attendance to support R.O.I. Plus, according to Enterprise Event Marketing, the integration of technology reportedly increases attendance by 20 percent, raises productivity by 27 percent, and decreases overall cost.

But when does event technology cross the line from being conducive to, well, creepy?

“Five years ago, we didn’t have the technology to do things like facial recognition,” says Bob Sullivan, privacy expert and author of Gotcha Capitalism and Stop Getting Ripped Off! “The software is getting so much better.”

Facial recognition software is now seemingly everywhere—from your iPhone to airports to concerts. “One major case of using facial recognition technology in the U.S. came to light late last year when Taylor Swift's security board used facial recognition to detect the celebrity's known stalkers,” explains Jamie Campbell, a former Google engineer. “The team had installed cameras at strategic locations and then the images were processed and cross-referenced with a database of known stalkers.”

Currently, there are no laws in the U.S. restricting the use of facial recognition software, and while that may not worry those who are comfortable with sharing their personal info, Sullivan has concerns. “One-third of the country feels they have nothing to hide, but what you’re worried about is the chilling effect. People behave differently when they’re watched,” he says. “Also, think of the many snippets of video that are taken out of context and shown on the news. Imagine you’re at a conference and make a joke at a booth. You have more to lose than you think.”

“Europe, on the other hand, is 150 years ahead of us when it comes to privacy laws,” explains Sullivan. “You own your image and there is a presumption of privacy that we don’t have here.” Just last year, G.D.P.R. (or the General Data Protection Regulation) became binding in the European Union. Designed to streamline data privacy laws between countries in Europe, G.D.P.R. has become the standard for protecting consumers’ data. “The core of G.D.P.R. law is that companies have to be transparent about what they are doing with personal information, where the data is hosted, and who has access to it,” says Thorben Grosser, general manager of Europe for EventMobi, a mobile event app platform.

While G.D.P.R. is enforceable in the E.U., it’s not limited to European territory and applies to all citizens, whether they’re in Germany or Orlando. It’s something that has caused consternation for planners who are unsure if they are in compliance when their event hosts attendees from Europe. “One thing to know is that G.D.P.R. isn’t out to get people,” explains Grosser. “Planners shouldn’t panic, but they should get some basic literacy. If you’re honest and upfront, it’s half the job done.”

With all these changes, how does a planner calm the collective nerves of clients and attendees? “Typically planners aren’t the ones managing the data themselves,” explains Bob Vaez, president and C.E.O. of EventMobi. “They’re relying on third-party data vendors.”

While many companies, including EventMobi, are already G.D.P.R. compliant, Vaez stresses that planners who are hiring other vendors should inquire about data usage. “Ask to see their data processing agreement and make sure your data provider is upfront about how they’re using the data from your event.” He also suggests that planners be transparent and show value to event attendees. “It’s very easy to be specific. For example, if you’re asking them to upload a picture, explain that it’s to make check-in faster.”

Waivers are also an important tool, not just for confirming consent, but as a marketing tool. “It’s a higher value for sponsors because consent is built in and their marketing campaigns are more valuable,” says Vaez.

So why hasn’t the U.S. passed similar laws to G.D.P.R.? “Data protection is decided state by state in the United States,” says Grosser. But expect that to change soon since E.U. countries are discouraged from doing business with companies who don’t subscribe to G.D.P.R. “California is pushing for a G.D.P.R.-like law because their companies want to comply. They want to be considered a safe haven for data in the U.S.”