As demand for streaming services increases, sites like Twitch are attracting more and more users—and they’re not all logging on to play Fortnite. 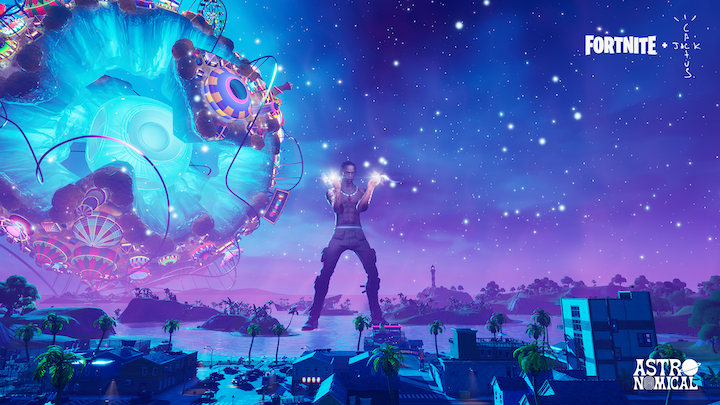 As demand for virtual event space continues to rise, popular video game streaming platforms such as Amazon-owned Twitch, YouTube, Facebook Gaming, and Microsoft’s Mixer seem to be scoring points with a whole new audience. To put it simply, these platforms attract gamers who like to watch other gamers play video games like Fortnite or League of Legends. They also serve as broadcasting outlets for esports competitions.

But now these sites are welcoming others to play. "We've received inquiries from a number of organizations about streaming on Twitch as large-scale events and experiences continue to be canceled in light of concerns around COVID-19," Twitch COO Sara Clemens told The Hollywood Reporter. "These are difficult and uncertain times, but Twitch has always been about bringing people together, making connections, and creating communities around shared interests. Where possible, we are working with these groups to help bring those experiences to life."

It was also reported back in February that Amazon is planning to offer Twitch’s streaming technology to businesses, similar to selling its internal web-hosting technology under the Amazon Web Services brand. Companies would purportedly be able to customize the interface with their own branding for hosting events and chats. The plans are TBD, but given the current climate, the service looks to be more necessary than ever.

Although Twitch use seems to be expanding beyond video games, much of its audience still remains rooted in the video game culture, notes Nick Lawson, Liberty & Co.'s experiential manager and the company’s resident gaming enthusiast. “Not all non-gaming content is going to be successful on video game streaming platforms, and the further you stray from the platform’s entertainment-based culture, the less appropriate it is.”

Lawson says that the majority of Twitch users are male and the platform appeals strongly to a user base under 35 years old. “The largest events on Twitch are designed with that user base in mind, and generally involve brands in the gaming and/or technology industries,” he explains. But he added that there has been a surge in viewership among live music and podcasts. 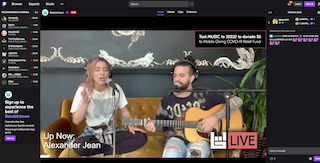 Bandsintown allows artists to perform on the brand's Twitch channel.Photo: Courtesy of TwitchIn fact, one of the platform's biggest areas of user growth is home-bound musicians who aren’t able to tour. In addition to potentially gaining new fans, the platform also allows them to earn money via subscription-based access to their streams and hopefully recoup the money they lost from canceled gigs. Plus, they can easily interact with fans and take requests through the chat feature.

Some more established artists are even infiltrating the video games themselves. In April, Travis Scott performed inside Epic Games’ Fortnite, creating a kind of trippy, interactive music video. The 10-minute experience, titled “Astronomical,” featured a holographic version of Scott who used the video game setting as a type of virtual stage as attendees’ avatars bounced around the setting.

But Lawson warns that this kind of virtual event strategy might not put fans into those digital seats, so to speak. “When it comes to in-game content, creators should only be thinking about active players as their audience. It's unlikely that non-players will join a game community simply to participate in an event unless there is a significant draw for that event,” he explains.

“Fundraising events are especially successful on Twitch,” Lawson says, “because the concept of donating small amounts to pledge support is already a part of the culture. Unlike YouTube, where content producers make income through views, content producers on Twitch receive live donations from fans through a variety of mechanisms on their stream's page. The viewer base is more aware of how their direct support fosters the creator's ability to continue producing the content they enjoy.”

He explains that Twitch discourages streamers from accepting charitable donations, and instead has integrated a tool called Tiltify that partners with charitable organizations and automatically directs donations to them.

In January, gaming publisher Activision Blizzard and Google announced a multi-year partnership that would make YouTube Gaming the exclusive livestreaming partner for the brand’s esports leagues, including the Call of Duty League. 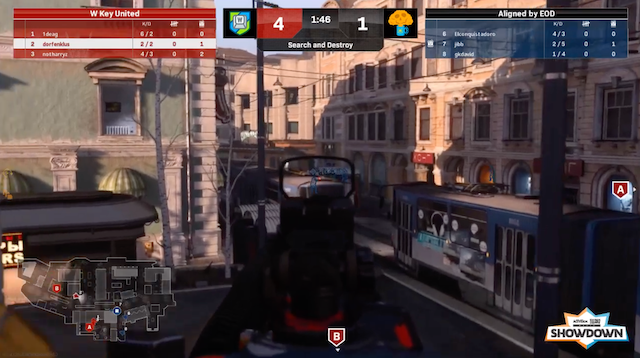 “Hosting a virtual tournament was a massive pivot from our very high-touch, live experience-forward strategy, but ultimately we were in a position to bring some joy to our clients who were now all confined to their homes,” says Samantha Madden, head of experiential of Activision Blizzard Media. “We’re very fortunate to work for a company whose products bring levity and joy to our consumers.”

In addition to serving as a fun diversion during the pandemic, the other goal of the tournament was to potentially convert some folks into future gamers. “We also hoped that by getting the enthusiastic gamers at our client agencies involved, we’d get their colleagues to tune in and cheer them on, and hopefully get excited about watching esports to want to tune in on their own,” Madden says.

Regardless of the streaming platform that’s used for your virtual event, Madden emphasizes the need to make it fun. "There are a million different webinars and virtual event tip guides out now, but the majority of the events I’ve seen play it safe and are not fun to watch," she says. "Don’t be afraid to have some fun and engage your audience. Joy is an incredible emotion to bring to your customers—and when they’re happy, your team will be too.”