Art Basel Miami Beach offered brands a week-long opportunity to host activations and sponsorships, and many chose to use the pop-up concept for stores, custom lounges, and more.

Visionaire, Net-a-Porter.com, and MrPorter.com hosted the Free Store, an interactive installation from multimedia artist Jonathan Horowitz. Guests were given silk-screened canvas tote bags that read, “Bring stuff in you can’t use, take stuff away that you can.” The rules-free pop-up at Hyde Beach at SLS Hotel South Beach circulated a variety of wearable goods and antiques. Shoppers, who sipped drinks from Belvedere Red, also were invited to participate in the digital style challenge to create looks and win prizes from Net-a-Porter.com and MrPorter.com.

Sears made a play for attention with the SearsStyle Art of Fashion event that featured activities such as a Sally Hansen nail bar and a denim decorating station. On the balcony of the Raleigh penthouse, guests enjoyed refreshments and bites at the Eat & Tweet station, browsed clothing racks from brands such as the Kardashian Kollection, and took photos in the Picture This photo booth. Produced by Fingerprint Communications and KSVP Media & Events, the event also had tablet stations that featured the SearsStyle catalog, which encouraged shoppers to browse new styles online. Gift bags included Taylor Swift beach bags and SearsStyle water bottles and business card holders.

Heineken partnered with local bicycle sharing and rental program DecoBike for the Heineken Mural Project. Wynwood’s Wood Tavern was the home base of the Heineken Mural Project Bike Tour, housing both a bike station, as well as a Heineken Beer Garden throughout the week. The sponsorship also used QR code map technology to provide additional information on the murals and artists from the tour. Heineken took to Twitter to announce secret pop-up parties with DJ sets using the hashtag #HeinekenMurals.

Outside the Raleigh, Architectural Digest's AD Oasis pop-up offered a private retreat with a slate of offerings including spa treatments, a social media cabana, and art installations. Mark Cunningham designed the space, which featured an architectural central bar fabricated with Caesarstone. Other brands contributed to the space, with facials from Clarisonic, a Carrera-sponsored sunglasses gifting suite, and GE Monogram's pavilion that housed culinary demonstrations from chefs Joe Castro and Brian Logsdon and wine and spirits expert Michael Green. 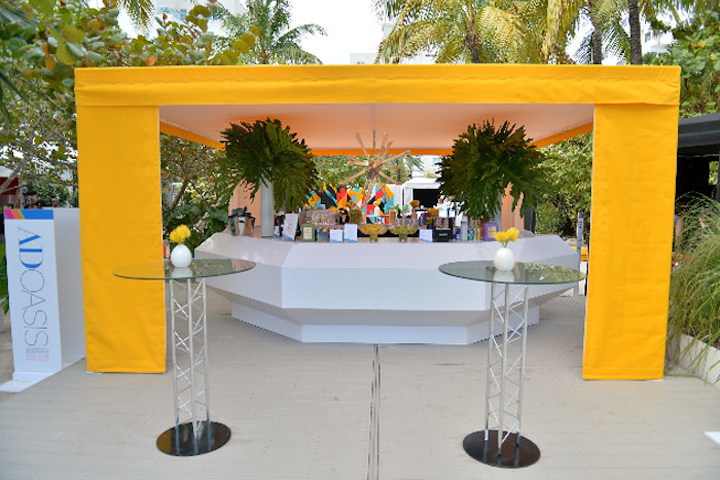 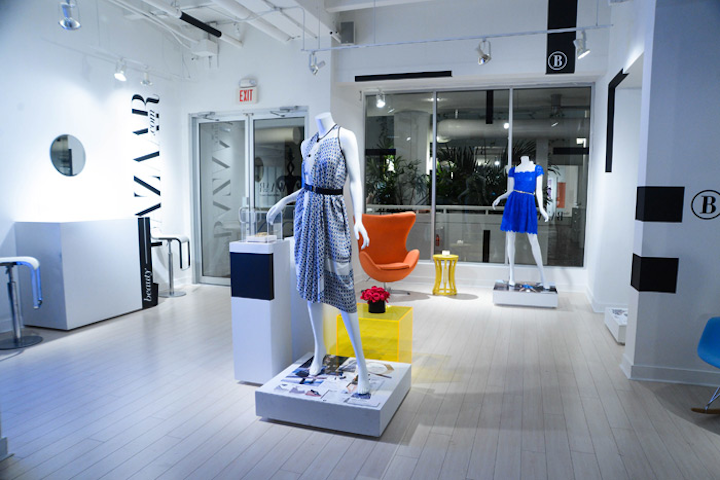 Harper’s Bazaar brought its e-commerce site to life at the Buena Vista Building in a pop-up designed with crisp white walls and vivid black-and-white photographs. XA produced the space and its events.
Photo: Joe Schildhorn/BFAnyc.com 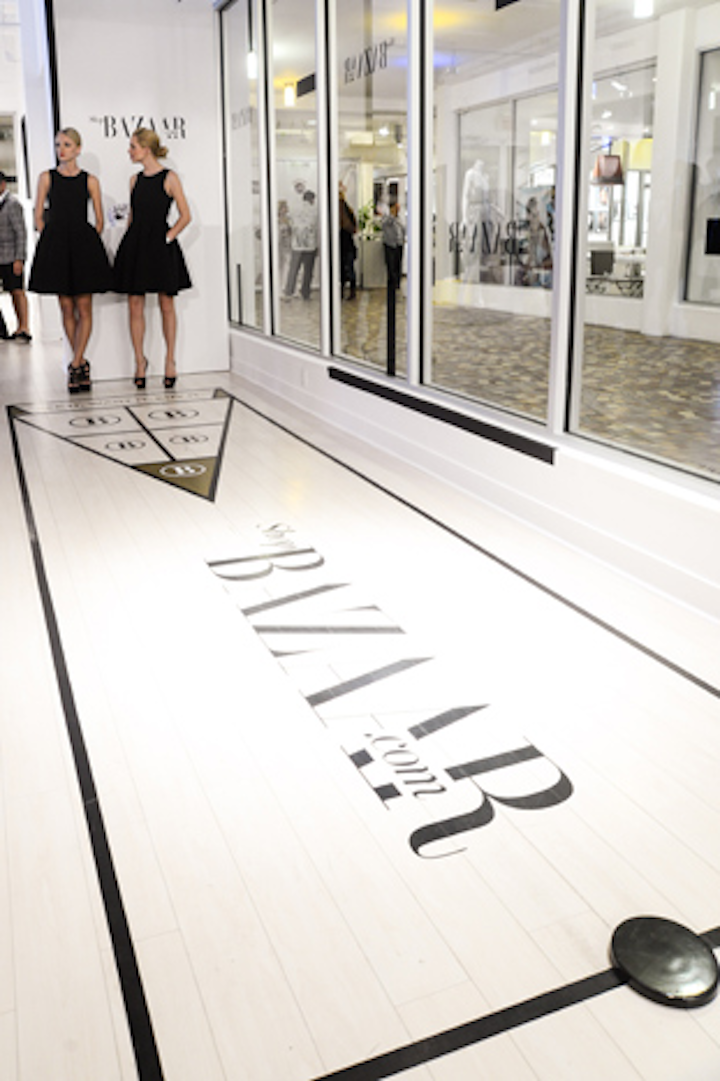 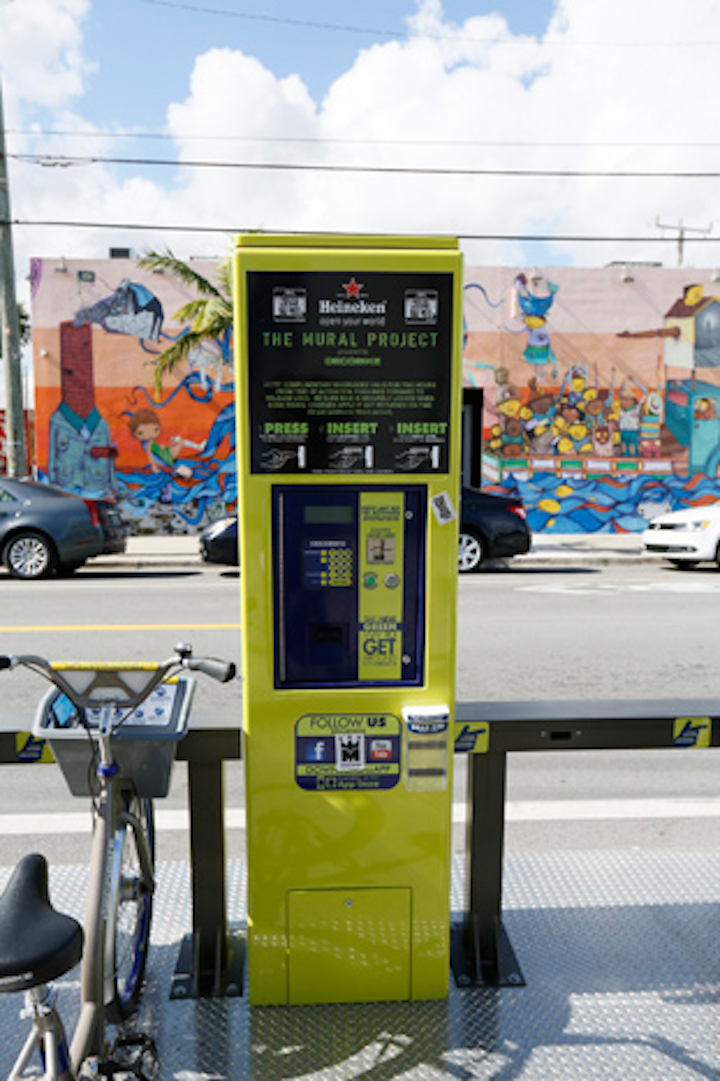 Heineken partnered with local bicycle sharing and rental provider DecoBike as part of its Heineken Mural Project. The beer company's logo was on the rental kiosk outside of Wynwood’s Wood Tavern, which hosted the Heineken Beer Garden throughout the week
Photo: Juerg Schreiter for BizBash 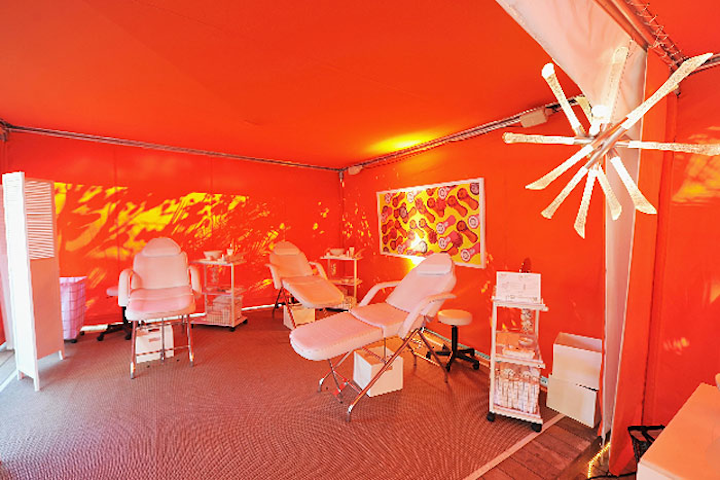 Clarisonic provided facials in one of the sponsored pavilions at the AD Oasis.
Photo: Larry Busacca/Getty Images for Architectural Digest 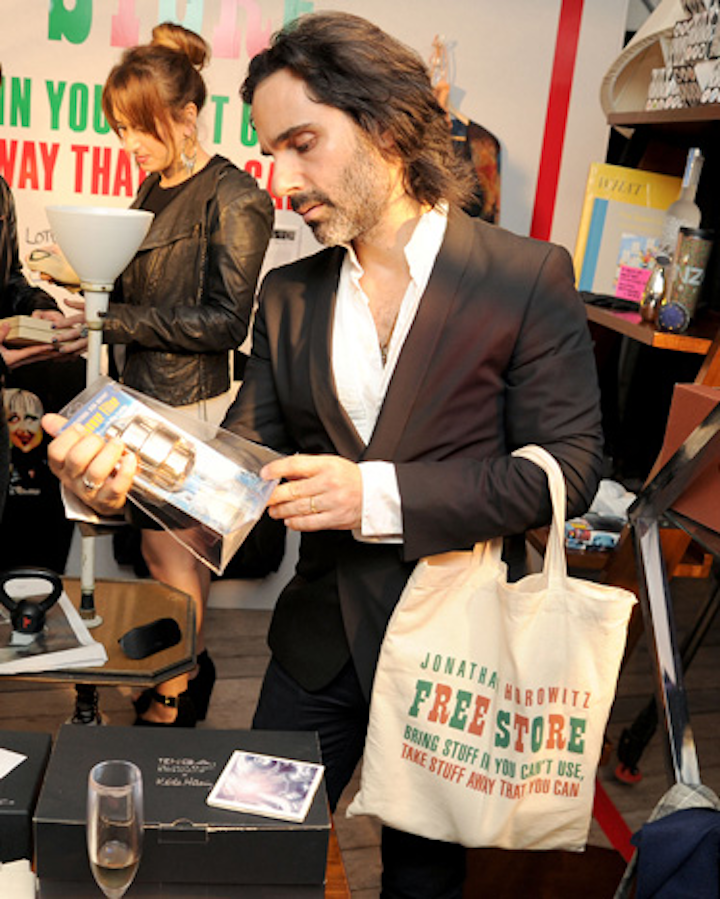 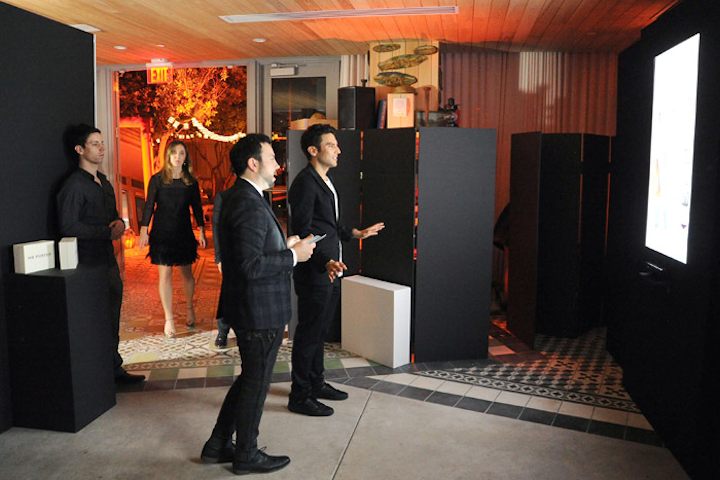 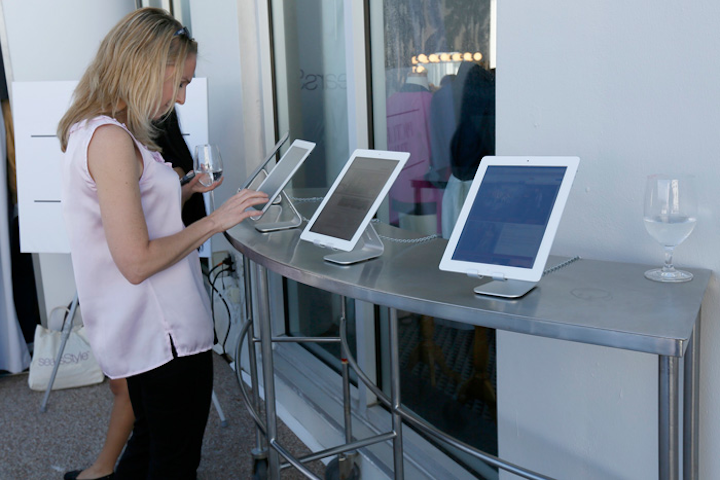 A vintage 1940s stainless-steel reception table sourced from a local prop and antique shop provided a base for a very modern activity: online shopping. According to Karim Sabet of KSVP Media & Events, iPads were mounted on brushed metal-finished cradles and matching chains welded to each of the bases. The chains were affixed to the table on the undercarriage for aesthetics as well as security.
Photo: Juerg Schreiter for BizBash 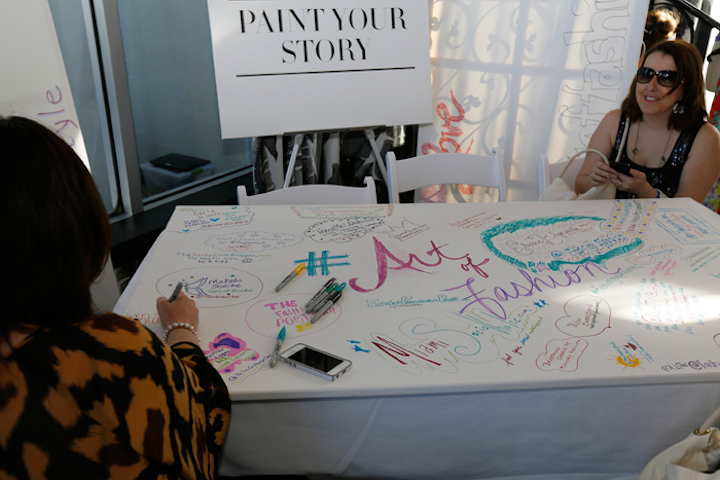 Guests at SearsStyle Presents: Art of Fashion at the Raleigh penthouse could express themselves on three blank canvases stretched around a 36- by 60-inch wooden frame.
Photo: Juerg Schreiter for BizBash 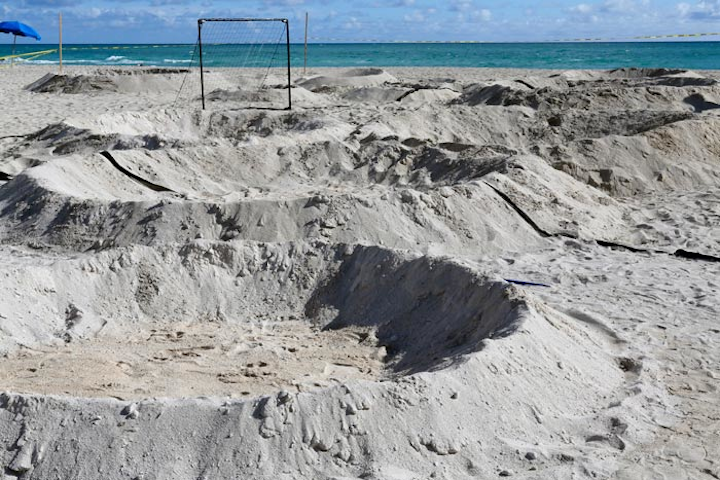 The beach at Miami Collins Park became the lunar landing site of Apollo 11 for a series of soccer games sponsored by flip-flop maker Havaianas. Teams of artists, collectors, curators, art critics, and gallerists competed against each other on the sandy surface designed by French art duo Kolkoz. Guests received a pair of the traditional Havaianas flip-flops, and the players wore branded uniforms.
Photo: Juerg Schreiter for BizBash
More in Event Management & Tech Tools