How This Festival Combined Shakespeare and Virtual Reality

The Future of Storytelling Festival brought together cutting-edge creators of immersive storytelling, both digital and analog.

Originally, world expositions or world’s fairs were the revolutionary global events known for introducing state-of-the-art technology and inventions like the telephone to the public.

In 2016, there’s the Future of Storytelling Festival. The inaugural three-day event, which took place from October 7 to 9 at the Africa Center in New York, showcased more than 70 interactive exhibits, performances, games, and experiences in the world of immersive storytelling.

“If there had been, like the World’s Fair, a gathering of the greatest promoters, storytellers, and technologists from 120 years ago, if Edison and Barnum had decided to come together to try to invent the future,” said founder Charles Melcher about the inspiration for the look and feel of the festival. “The conceit is that we’re doing the same: bringing together the best storytellers, creators, and technologists to be able to invent the future of storytelling.”

The idea for the festival grew out of the annual Future of Storytelling Summit, a gathering hosted by Melcher Media, a company that has transitioned from book publishing to a provider of storytelling tools. Five hundred people from technology, media, marketing, and communications are invited to the two-day event, which takes place at the Snug Harbor Cultural Center on Staten Island in New York. It has “grown in its quality and reputation, but not its size,” explained Melcher of the invitation-only summit, which includes a story arcade that features a curated selection of 20 to 30 immersive storytelling projects. “This [festival] is that on steroids,” he said.

Also, in 2015, organizers created an exhibit, "Sensory Stories: An Exhibition of New Narrative Experiences," for the Museum of the Moving Image in Queens, which Melcher said offered his team “the first taste” of developing a public-facing event. “Let’s take our knowledge, our community, our curation, and let’s be able to make it available to the public,” he explained about the decision to expand the experience beyond the summit. Regular-priced festival tickets cost $75 for a three-hour session, each of which were limited to 400 guests.

To make the festival relatable to a broader audience, “All the World’s a Stage. Come Be a Player” became the event theme, a riff on the famous Shakespeare quote. “Storytelling used to be more passive, now it’s more participatory,” said Christian Lachel, executive creative director and vice president of Burbank, California-based BRC Imagination Arts, the agency tasked with developing the concept.

The rawness of the Africa Center, which is an unfinished museum located at the northeast corner of Central Park in Harlem, helped facilitate visitor participation and encourage a sense of discovery, allowing guests to explore and wander on their own. “We went with the nature of it. We tried to use elements that were true to this [site] … to stay within the language and then weave our story within it”, explained Joel Fitzpatrick, the designer who, along with Anya Keyser, created the main exhibition area called the FoST Playground. “A good space is a vessel, a vehicle, and we happen to be along for the ride with the Future of Storytelling,” he said about the space, which has hosted U.N. functions in the past but remains under construction.

Because of this, Keyser, Fitzpatrick, and the FoST team, alongside Shawn Anderson of Acme Studio, had to provide and install infrastructural elements like power sources and lighting. In terms of decor, “no matter how many props, [the space] would soak them up,” Lachel explained about the cavernous volume of the venue. The visuals included nods to storytelling history, including typewriters, instruments, and even Melcher’s own Macintosh collection.

“We’re at this crucial moment in the history of civilization where we are shifting from being a literate culture…. We started as an oral culture, became a literate culture, and now we’re going through this shift to digiteracy, like a new kind of literacy around digital,” Melcher said. “So many of these technologies are so new, and we’re just beginning to figure out how to use them.” 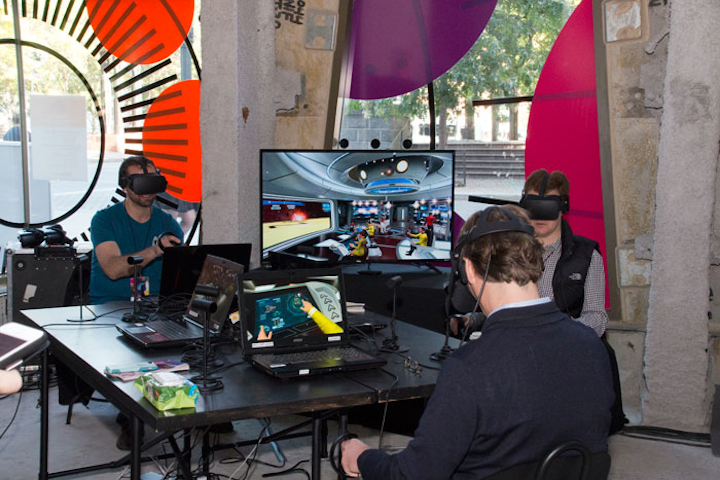 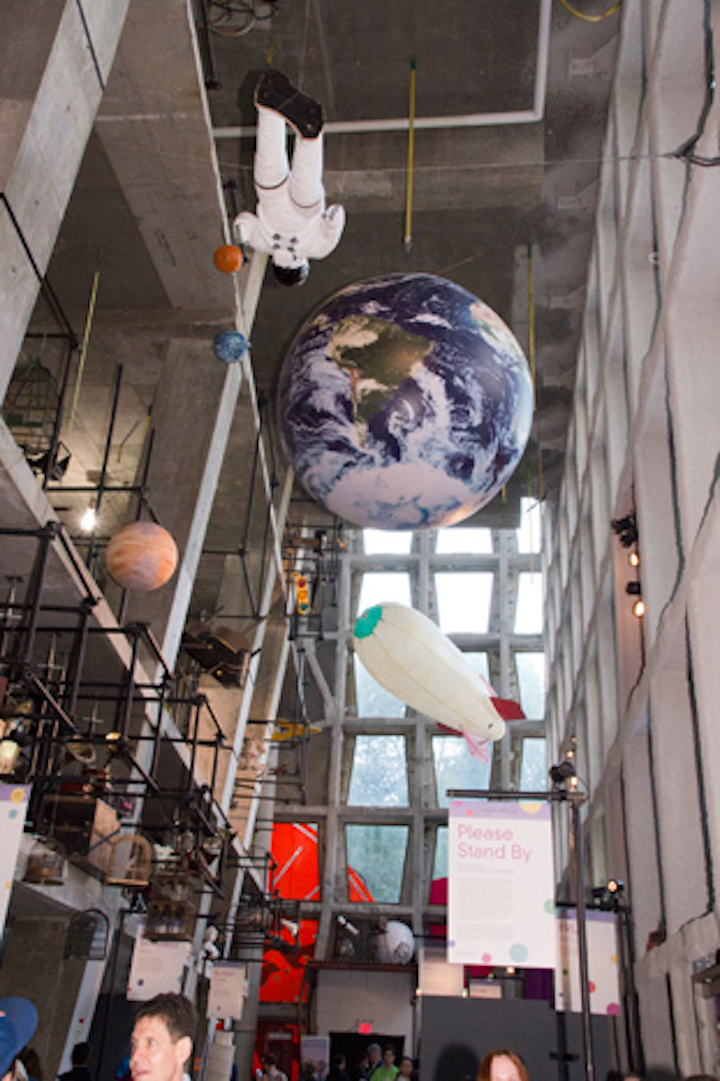 "A large part of what we’re trying to do is stimulate and foster community, encourage and celebrate the creators, both the content creators and the technology creators," Melcher said.
Photo: Taylor McIntyre/BizBash 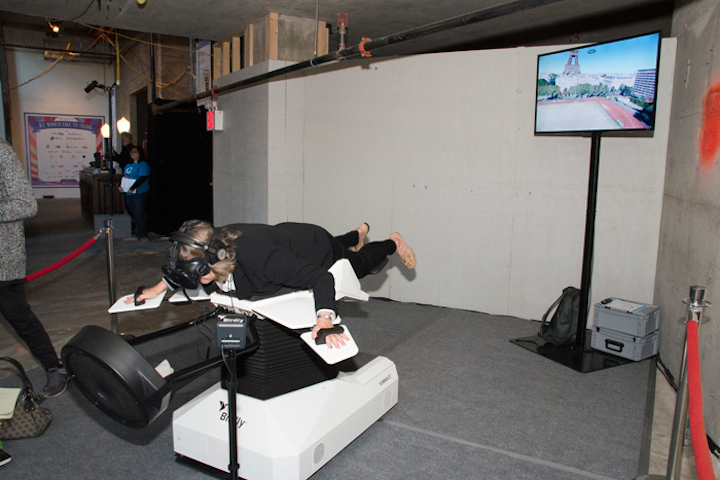 Birdly is an immersive, multisensory, full-body installation that lets users soar over cities and locations around the globe like a bird.
Photo: Taylor McIntyre/BizBash 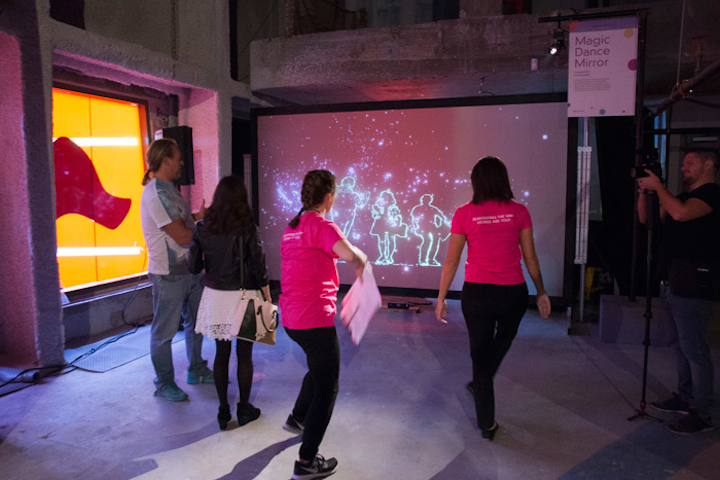 Magic Dance Mirror creates a stylized mirror image of the user with animated visuals based on the user's movement, audio, and social interactions.
Photo: Taylor McIntyre/BizBash 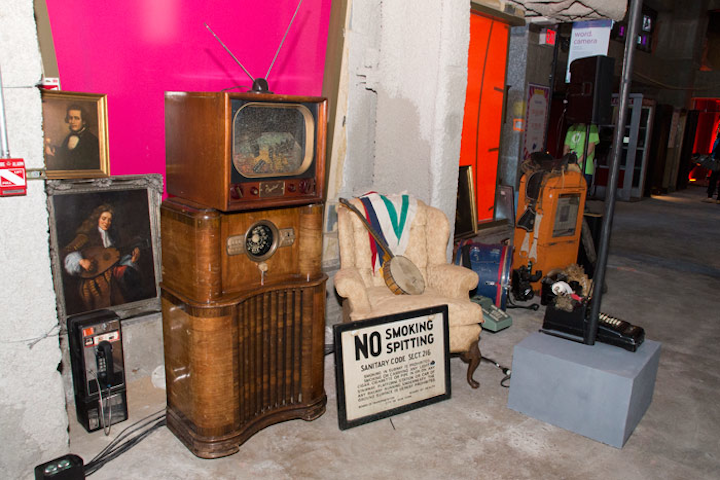 The festival's visuals and props included nods to storytelling history, including typewriters, instruments, and even Melcher’s own Macintosh collection.
Photo: Taylor McIntyre/BizBash 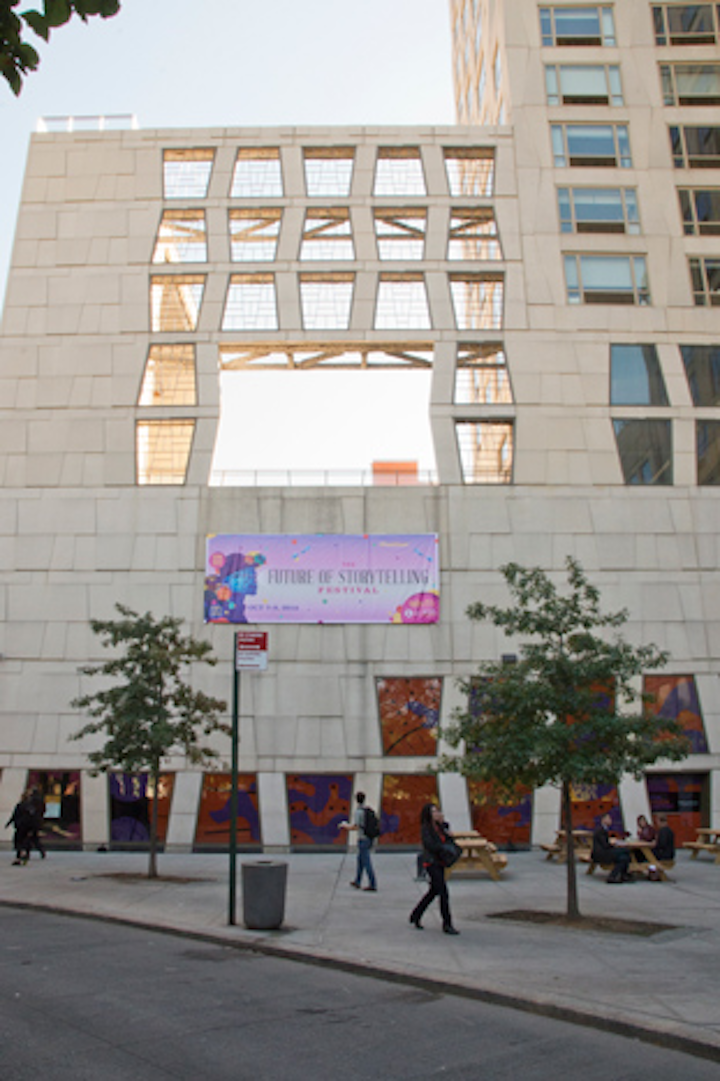 Designer Joel Fitzpatrick said that he and BRC wanted to complement the Africa Center's unique architecture. The unfinished museum is located at the northeast corner of Central Park in Harlem.
Photo: Taylor McIntyre/BizBash
More in Event Management & Tech Tools