Why This Award Show Added a Party-Within-a-Party

With the Citi Open Tennis Tournament in town, Washington's Rammy awards gala made space for the invite-only Player Party.

Two of Washington’s biggest events joined forces in a new way as the Rammys, an award gala for the area’s restaurant industry, played host to the Citi Open Tennis Tournament’s player party.

For the past three years, the Restaurant Association of Metropolitan Washington has partnered with the tournament during the award gala, but this year brought star chefs from the city and pro tennis players together at the 35th edition of the gala, which was held July 30 at the Walter E. Washington Convention Center.

"It’s a party within a party," said association president and C.E.O. Kathy Hollinger. "It just happened to pair up really well with the tournament itself, which had its kickoff party [on Thursday]. It all worked out where if the Rammys are the biggest party in town, how do we play a part in having [Citi Open] players be a part of the biggest party in town?"

To tie the glamour of the tennis and food worlds together, Design Foundry outfitted a two-level corner of the ballroom with table tennis, tennis racquets, and fake grass, along with a barbecue station and mashed potato bar. The Citi Open invited pro tennis players to mingle with guests and the Tennis Channel to document the event.

"We wanted to create a modern take on classically iconic tennis elements and textures, while also making it [the activation] feel part of the overall experience of the Rammys," explained Russ Schubert, Design Foundry's lead designer for the event. The firm handled all decor for the gala. "By surrounding the space in woven stained wood panels and boxwoods, we created a unique space for the brand that stood out from its surroundings. With lounge furniture and some table tennis, we gave them the ability to have their own space within a large party with a variety of experiences."

The Rammys drew more than 2,300 attendees to network, sample craft cocktails from local restaurants and distilleries, dance to tunes by DJ Neekola, and line up for international cuisine from the embassies of Korea, Argentina, Peru, and Chile. This year, guests could pick up one of the 100 Chargello mobile-device chargers provided for the event to power up their phones. Before guests entered the reception, they walked along a display in the convention center's entrance inscribed with the names of Rammy Chef of the Year honorees for the past 20 years, Hollywood Walk of Fame-style.

"We're honoring incredible talent in the restaurant and food-service industry over the last year, but we're really celebrating an industry that has grown so significantly, that receives national and international accolades," Hollinger said. "We're honoring those who have really paved the way for so many others."

The Rammys announced winners in 21 award categories during the evening's ceremony. Restaurateur Ashok Bajaj took home the Duke Zeibert Capital Achievement Award, while Hazel won New Restaurant of the Year and Tarver King of the Restaurant at Patowmack Farm scored the coveted Chef of the Year title. 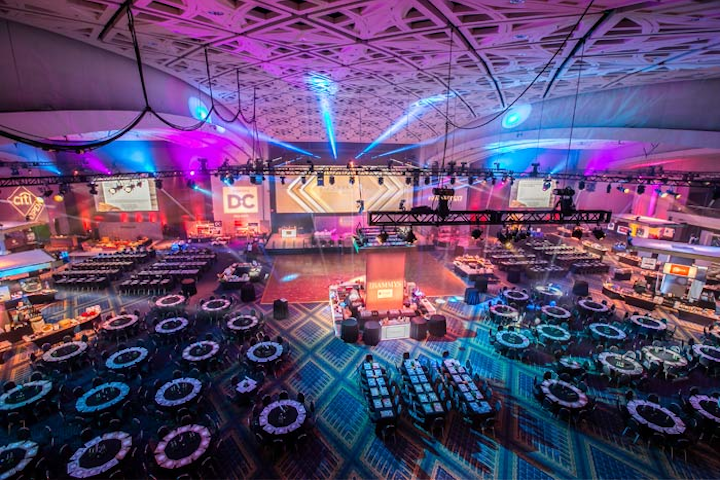 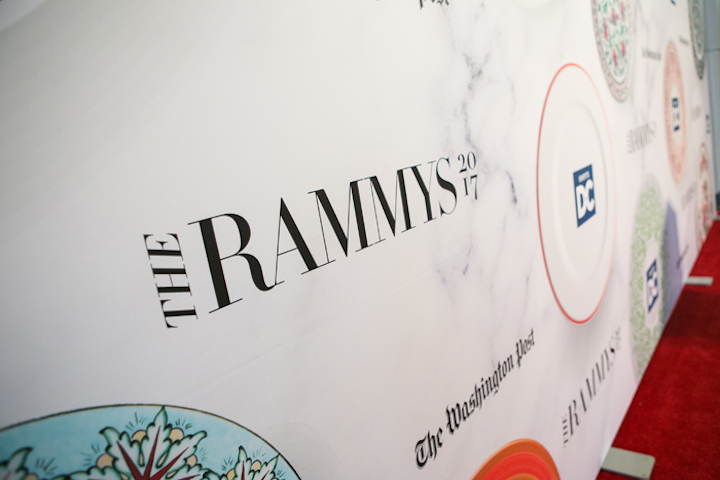 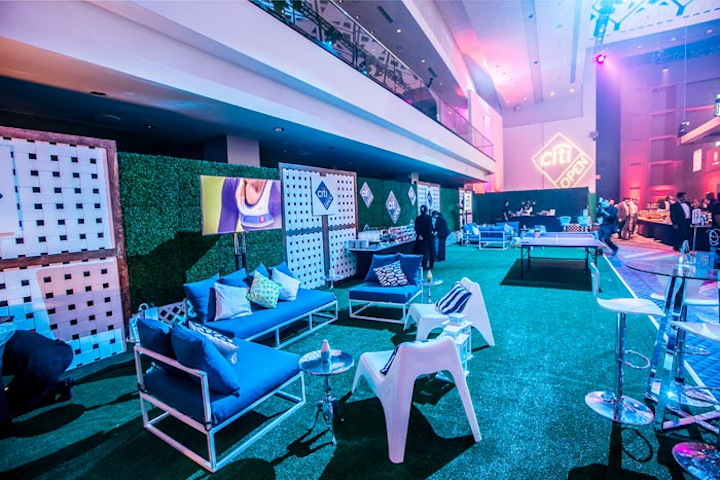 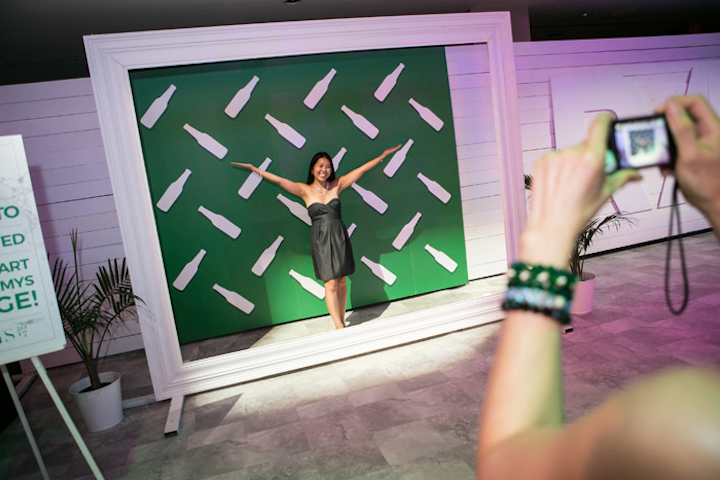 Guests posed for photos at a Heineken activation, and the guests' photos were then incorporated into the decor.
Photo: Daniel Schwartz for BizBash 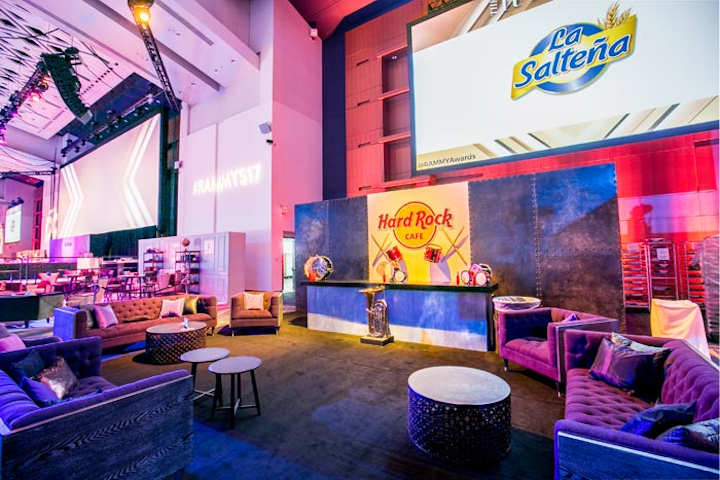 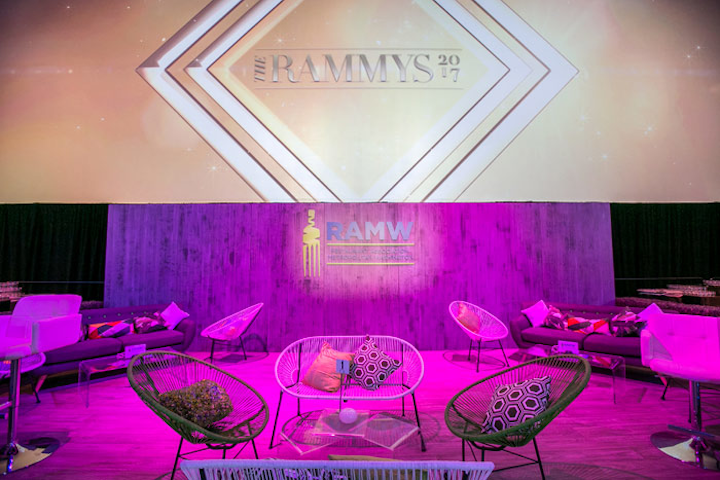 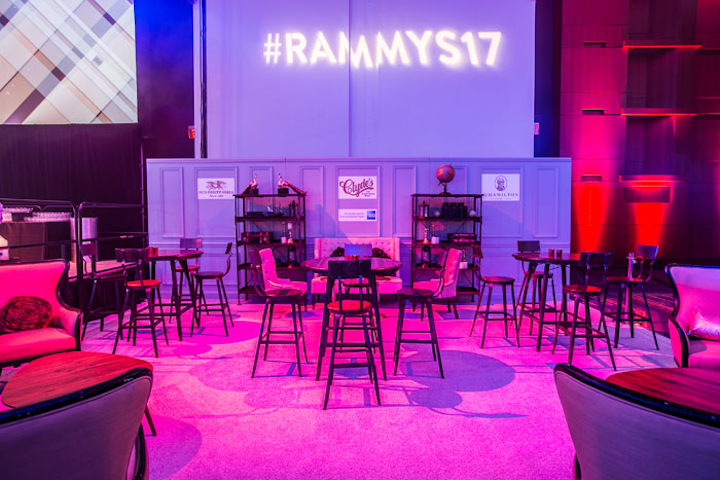 A lounge with Clyde's Restaurant Group signage mimicked the feel of Clyde’s restaurants with memorabilia and high-top seating.
Photo: Daniel Schwartz for BizBash 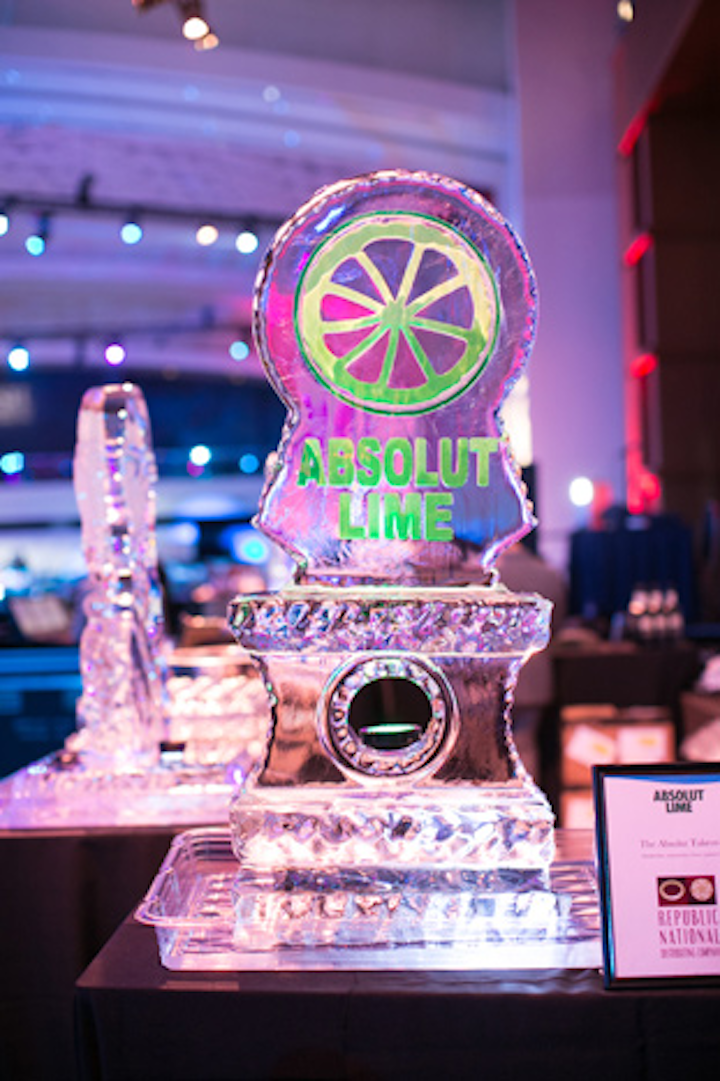 Liquor brands such as Absolut were highlighted through ice sculptures on top of the bars.
Photo: Daniel Schwartz for BizBash 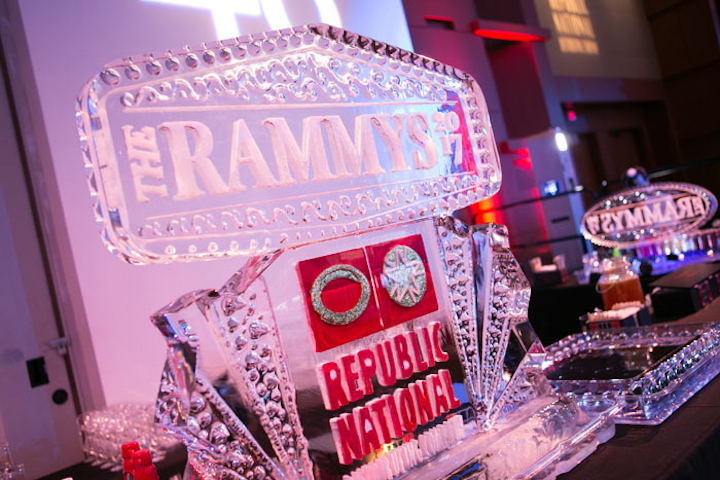 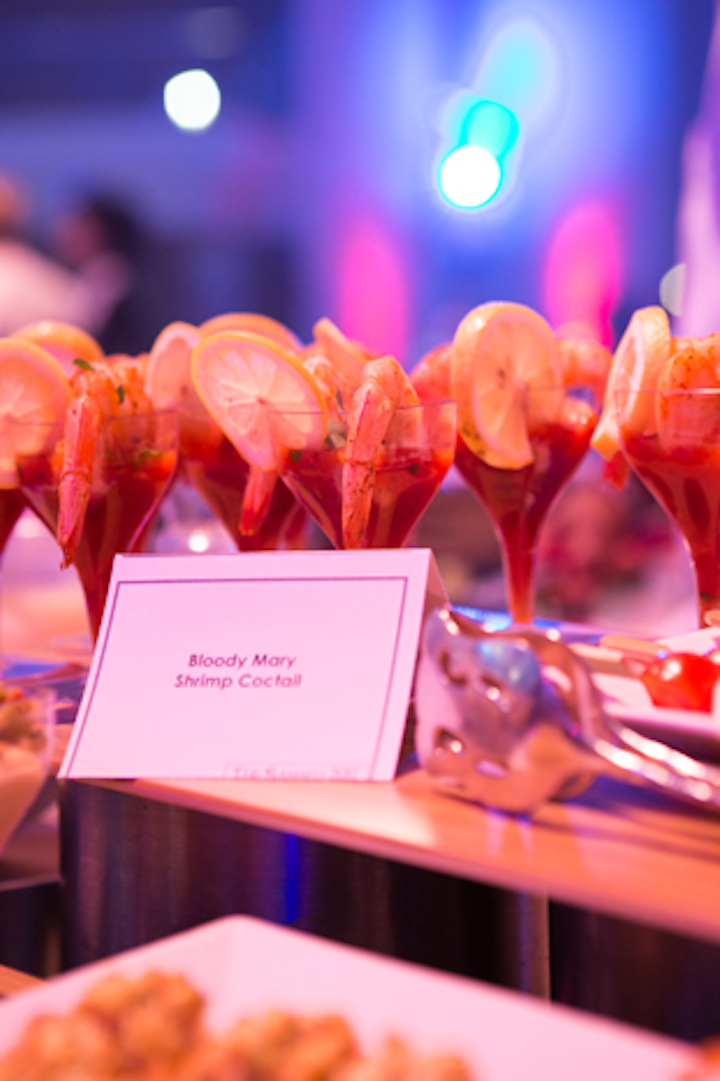 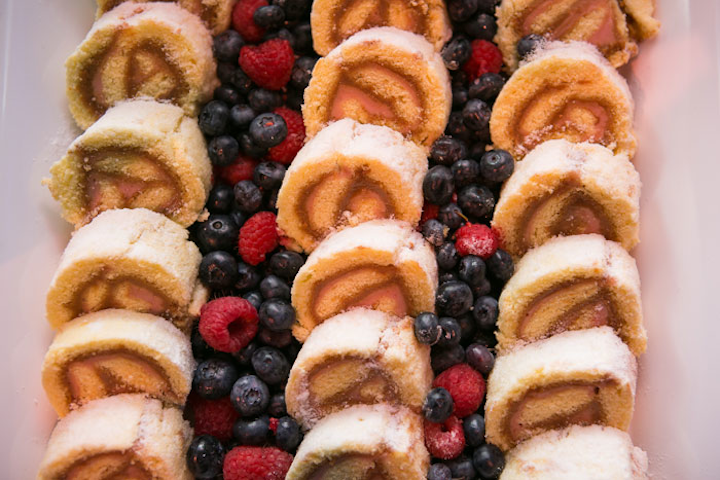 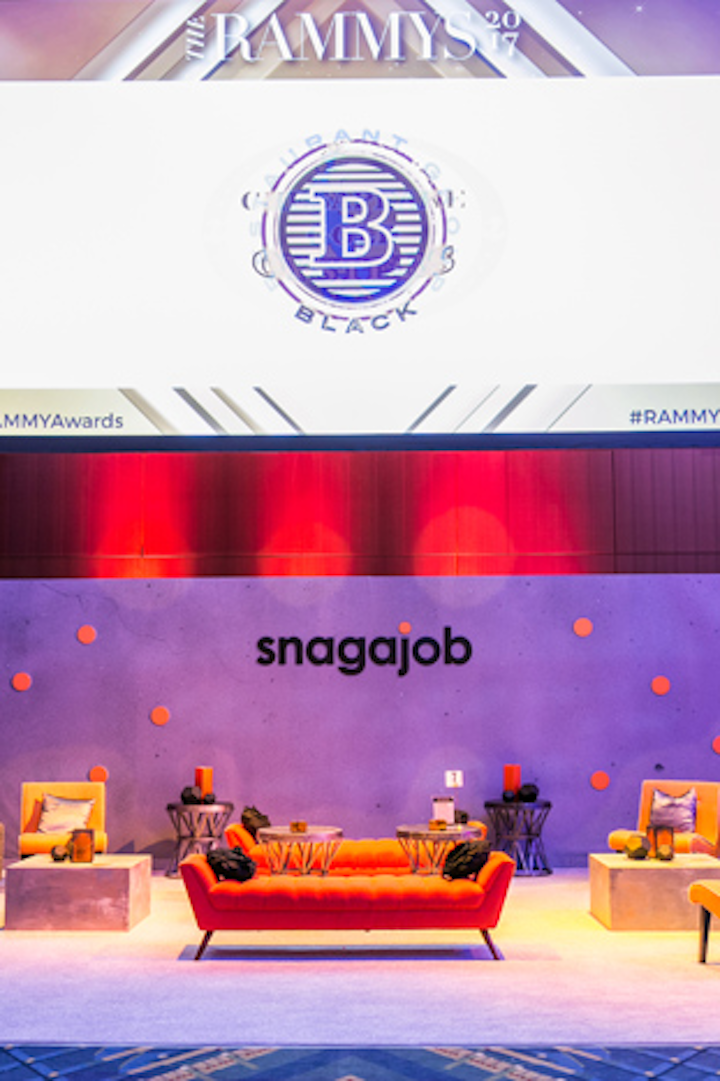