The co-founder of artist collective Meow Wolf says he’s inspired by “things that walk the line between being an attraction and being art.” 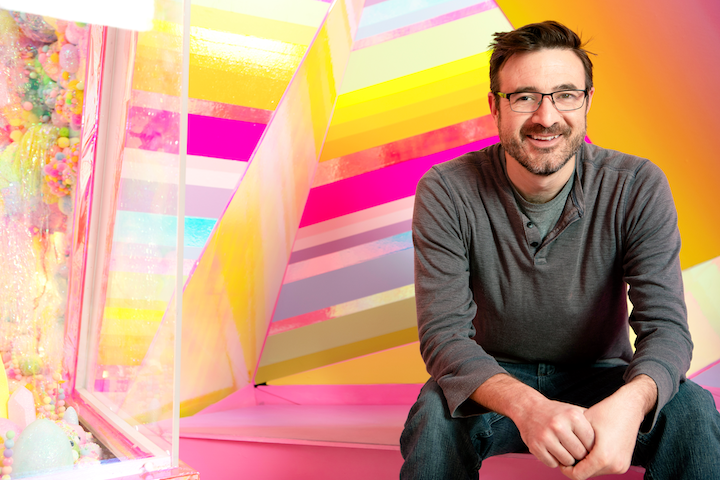 Vince Kadlubek is the C.E.O. and one of the founding members of Meow Wolf, an artist collective-cum-experiential company based in Santa Fe, New Mexico.
Photo: Kate Russell

Vince Kadlubek, one of the founding members of Meow Wolf, an artist collective-cum-experiential company based in Santa Fe, New Mexico, explains that the group started out simply “wanting to make cool things and wanting to throw cool events,” setting up temporary art installations around town.

(Kadlubek recently stepped down as Meow Wolf's C.E.O. and is currently serving in the role of executive advisor for the company.)

But after growing tired of that put-it-up, tear-it-down cadence, Kadlubek and his cohorts decided to try a more permanent route, following the success of its wildly popular life-size pirate ship installation called “the Due Return” at Santa Fe’s Center for Contemporary Art.

In 2016, the group opened its first experiential attraction, the House of the Eternal Return, inside a former bowling alley, which Kadlubek convinced Game of Thrones author and Santa Fe resident George R.R. Martin to buy and lease to the collective. (Martin was also recently named Meow Wolf’s “chief world builder,” helping the collective to develop its own story universe similar to say the Marvel Universe.)

More than just an Instagram museum, the immersive exhibition is “18,000 square feet of maximal, colorful, explorable, climbable, crawlable spaces,” Kadlubek explains, with treehouses, caves, secret passageways, and more. Meow Wolf adds new elements to the space annually, commissioning work from local and global artists, making it a living, breathing exhibition that folks can visit over and over again. Plus, the “house” hosts roughly 250 events each year, from music shows to private events to pop-up theatrical performances. 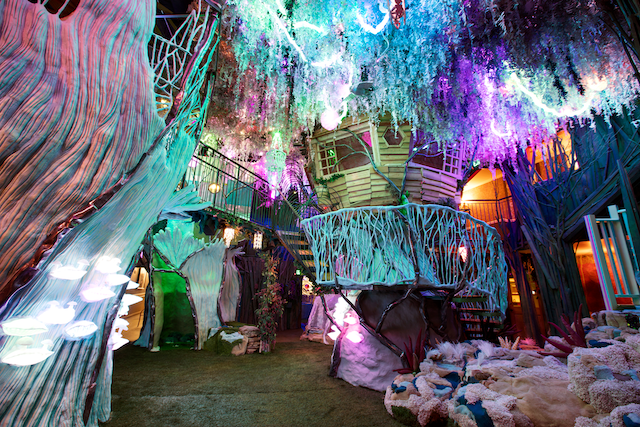 Kadlubek describes the aesthetic of the group’s work as “psychedelic or otherworldly … a convergence of things in the same way that you might find in a dream, where things kinda make sense but they don’t really make sense.” Although it might sound too trippy for some, Kadlubek strives for universal appeal. 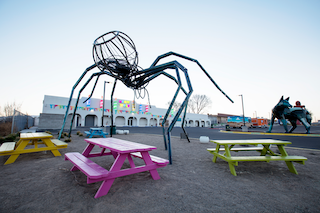 The experiential attraction is built inside a former bowling alley that's now owned by author George R.R. Martin.Photo: Kate RussellRun like a tech startup, the company seeks out investors such as Martin to help them expand, which the group is doing at a rapid pace. Future exhibits and projects are planned in Denver, Phoenix, Las Vegas, and Washington, with local artists from those markets enlisted to help build the spaces.

For example, in Las Vegas, Meow Wolf has partnered with the New York-based real estate firm Fisher Brothers (Winston Fisher is an investor and board member of Meow Wolf) to serve as the anchor tenant for a new development project called Area15, an experiential retail and entertainment complex that is slated to open in 2020. Kadlubek says that Meow Wolf’s space will be like “being dropped inside a video game or dropped inside of a movie.” 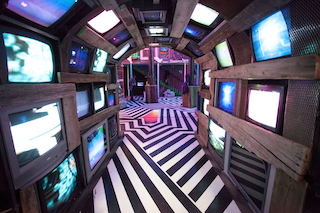 Meow Wolf adds new elements to the House of the Eternal Return annually, commissioning work from local and global artists.Photo: Lindsey KennedyOther upcoming projects include a five-story, 70-foot-tall, 100,000-square-foot “alien world” in downtown Denver, set to open in 2021, and a hotel concept, as well as a permanent exhibit in Washington. More immediately, Meow Wolf will host Dark Palace, a three-night music and arts festival at Denver’s National Western Complex from November 22 to 24.

“We strive to create mind-blowing experiences. We want to blow people’s minds. I want people to walk away from a Meow Wolf experience and feel like they’ve become a different person or feel transformed in some way. The world’s different now that they’ve visited Meow Wolf. That’s our goal, for people to see the world differently.” 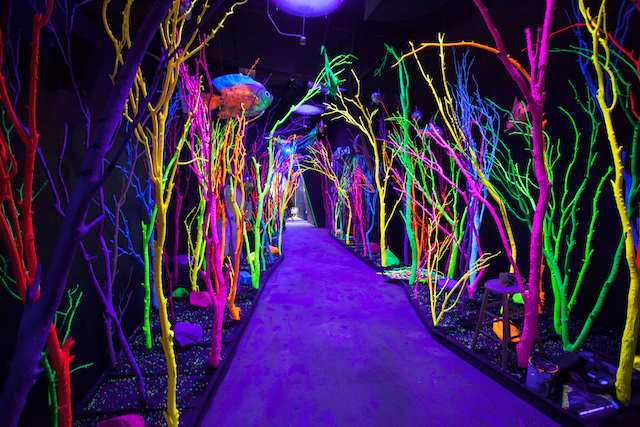 Kadlubek described the group’s work as “psychedelic or otherworldly … a convergence of things in the same way that you might find in a dream, where things kinda make sense but they don’t really make sense.”Photo: Lindsey Kennedy