The Whitney Museum of American Art once again hosted its annual Art Party and auction last night, this time in a new venue. After five years at Skylight, the party moved eastward to the 25,000-square-foot Soho event space 82 Mercer. Produced for the third year by Bronson van Wyck and his team at Van Wyck & Van Wyck, the evening—just on the cusp of summer—channeled sponsor BCBG's spring collection in the decor. "If you walk by the BCBG Fifth Avenue store, the windows are exploding spring," said van Wyck. "We wanted to bottle that up and bring it into the party."

Van Wyck brought in thousands of roses, peonies, Japanese dogwood, privet, and huckleberry branches to fill the sprawling space, which he broke up with nine-foot-tall hedges that created intimate lounges. "The challenge with the venue is that there are these two huge rooms, and there is a scale issue that needs to be addressed," said van Wyck. "The floors are wood, the walls are brick, its all man-made. So we brought in some organic elements that God made. And with the introduction of organic comes chaos, energy, and fun. By dividing up the rooms, you're allowing guests to discover new spaces throughout the night."

The evening kicked off with at V.I.P. auction preview (a $400 ticket) at 8 p.m. General admission ticket holders ($250) arrived at 9 p.m. Despite the rain, guests turned out in droves, with nearly 1,000 people in attendance. 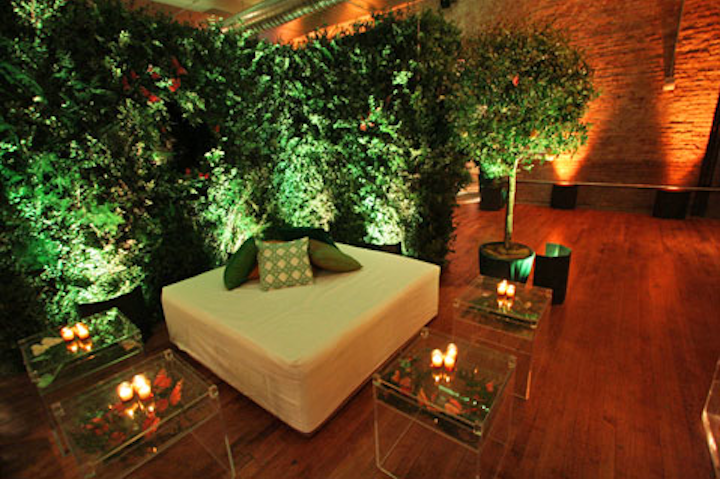 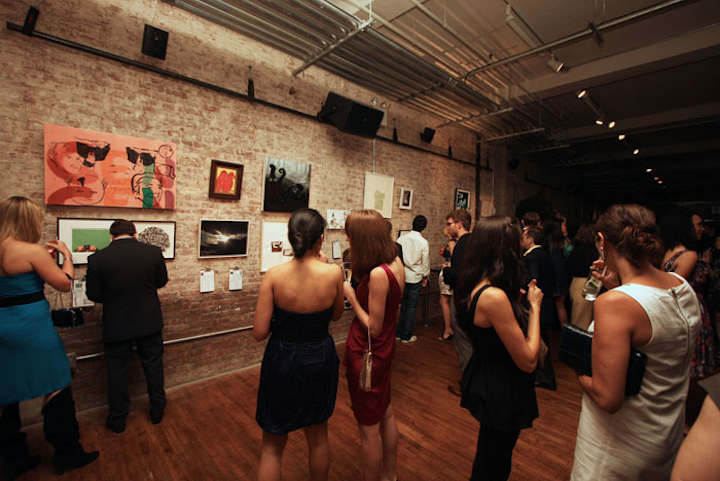 Some 80 artists donated pieces to the party's auction, with the proceeds benefiting the museum's Independent Study Program.
Photo: Keith Sirchio for BizBash 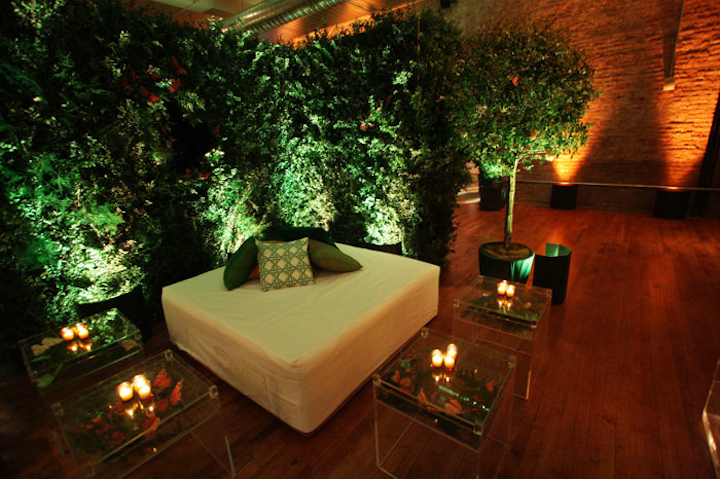 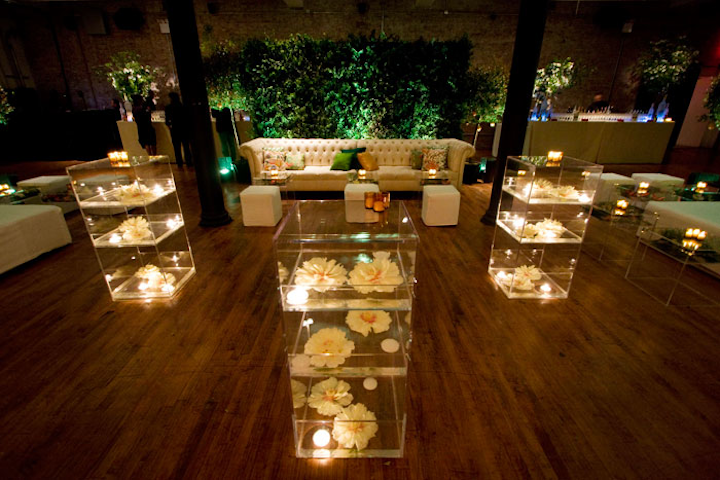 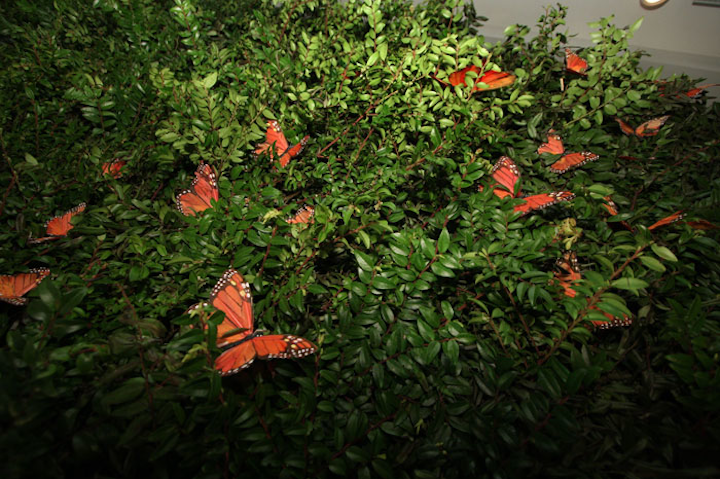 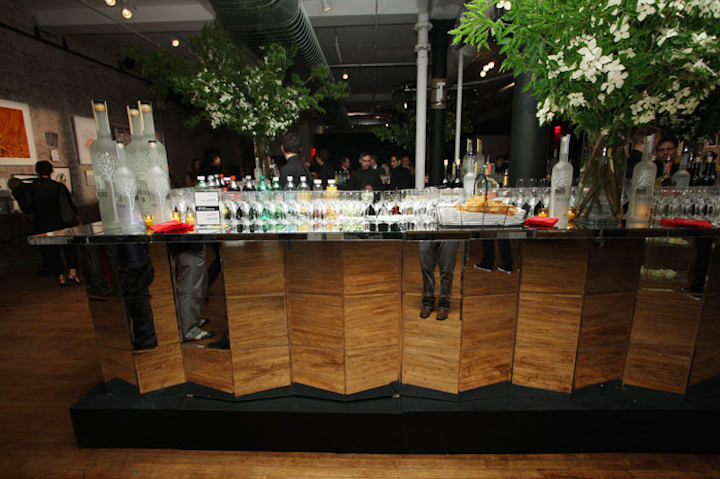 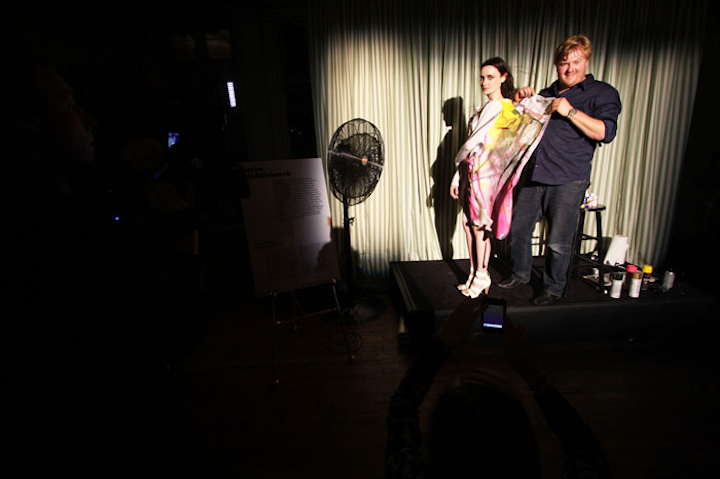 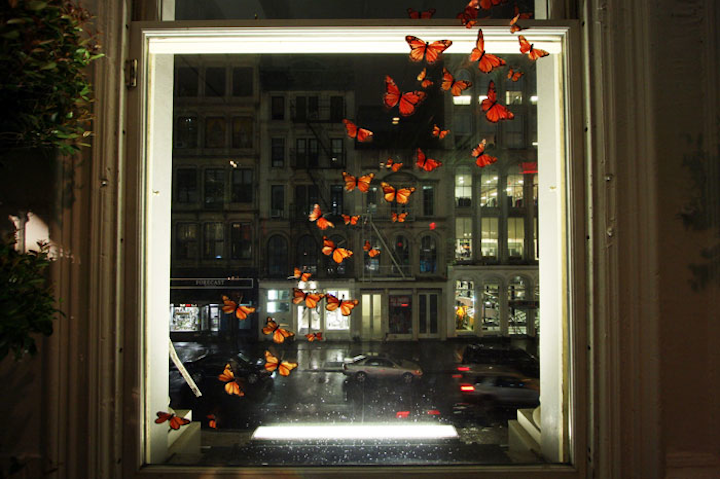 Silk butterflies accented one of the windows, giving guests a view of the rain-soaked streets outside.
Photo: Keith Sirchio for BizBash 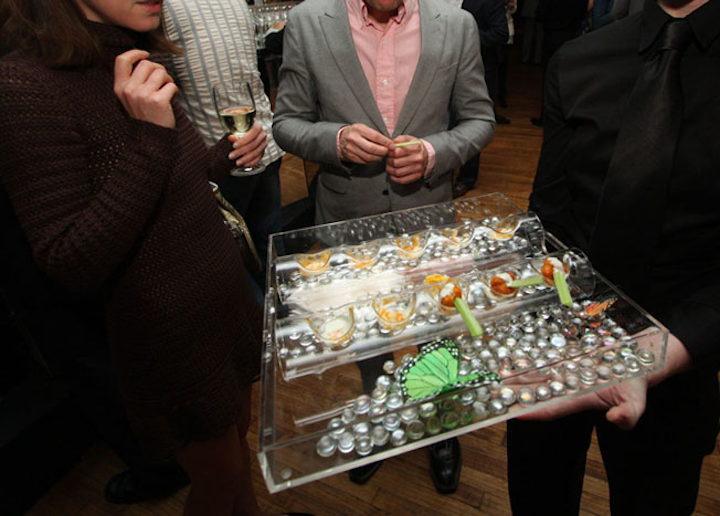 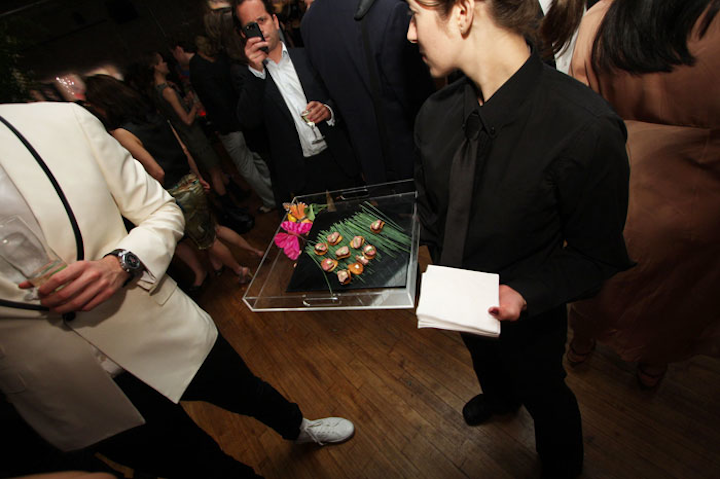 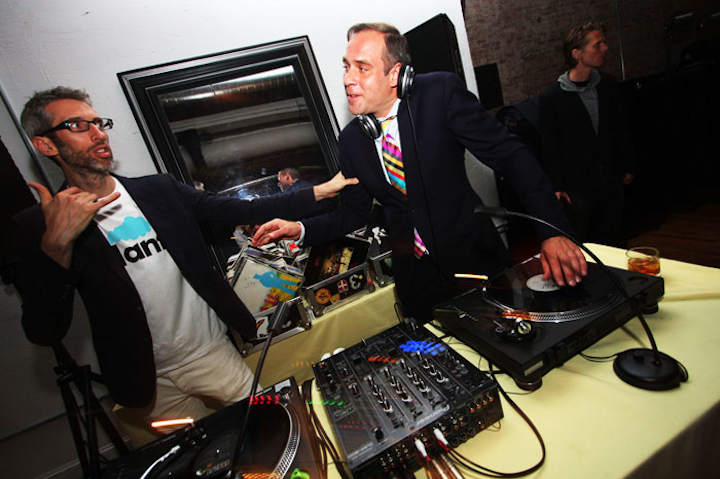