BET Networks hosted its fourth annual BET Honors events in Washington this weekend, beginning on Friday night with a private dinner for 200 at Arena Stage and followed by the taping of the award program on Saturday night at the Warner Theatre. Unlike the network's award show in Los Angeles every year, this  ceremony recognizes African Americans who’ve made an impact in various fields of American culture, like business, philanthropy, the arts, and entertainment.

Tapping into the spirit of the program’s purpose, the company added a philanthropic element this year. “We really want to celebrate the Martin Luther King Memorial Foundation that’s going to be revealed in August, so we are using this as a fund-raising opportunity for them, with 80 percent of the proceeds [from ticket sales to Saturday's show] going to the foundation,” said Bobette Gillette, special assistant to the C.E.O. of BET Networks, who worked with event team led by manager of special events Natasha Bryson to coordinate the two-day event.

Bryson recruited Andre Wells of Events by Andre Wells for the fourth year to design and create the decor for Friday’s invite-only dinner for BET executives, the following night’s honorees, and their guests. Wells used black and deep purple velvet drape to section off a portion of the building just inside the entrance to host the cocktail reception. Working with the building’s linear layout, he setup long bar tables adorned with rectangular floral arrangements along the wall of floor-to-ceiling windows. Circular sofas and cocktail tables spaced a few feet apart created a line down the middle of the space.

“The whole area is an oval, so we wanted to follow the scope of the space; and because the glass [wall] reflects so much light, we really wanted to try and dim it down,” said Wells, who had Frost Lighting use soft lavender and blue uplighting to create a more intimate atmosphere.

Wells staged the dinner in a separate room at the far end of the cocktail space. Tables of 10 arranged in to five rows from the front to the back of the space continued the linear furniture arrangement into the second portion of the night, where BET C.E.O. Debra Lee introduced the six honorees—including philanthropist and model Iman and entertainer Jamie Foxx.

The network filmed the official two-hour BET Honors show, which will be televised on February 21, the following night at the Warner Theatre, hosted by actress Gabrielle Union. The night’s official post-party took place following the taping at Cities Restaurant and Lounge.

Final fund-raising totals are not yet available. 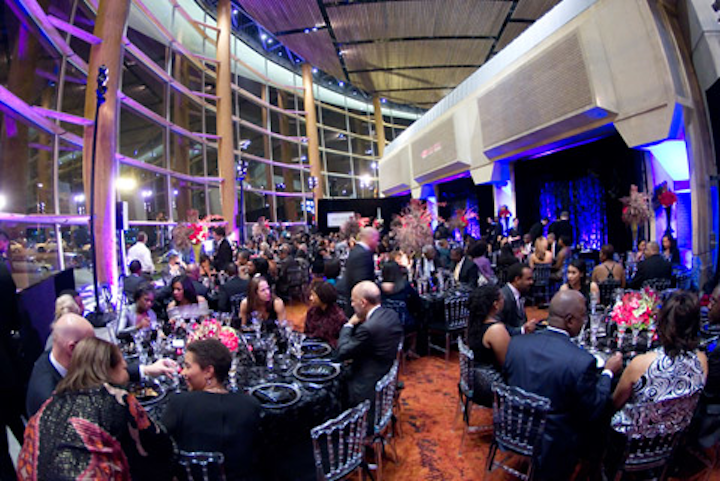 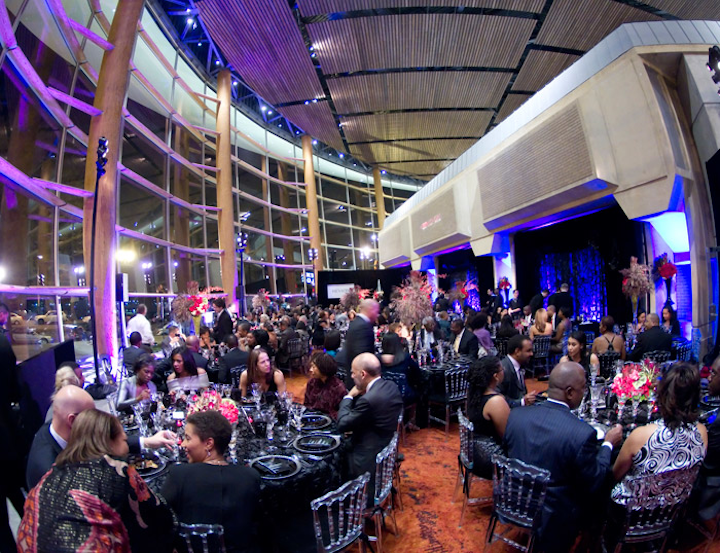 Nearly 200 people, about 50 more than last year due to the larger venue, attended the preshow dinner on Friday night.
Photo: David De Pas 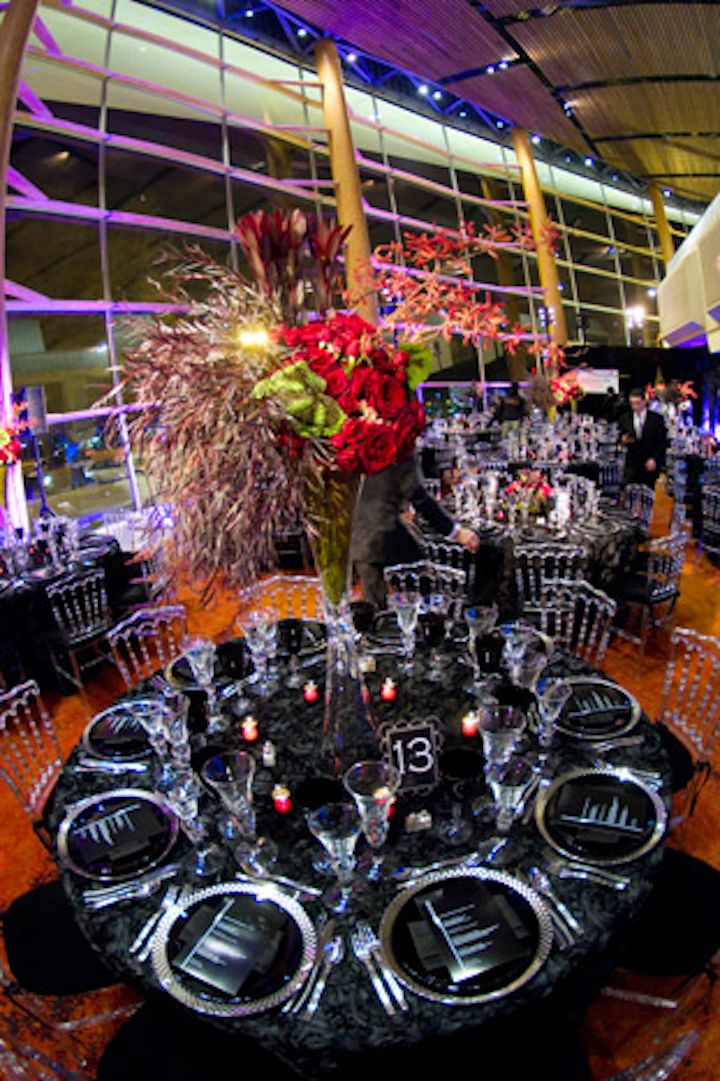 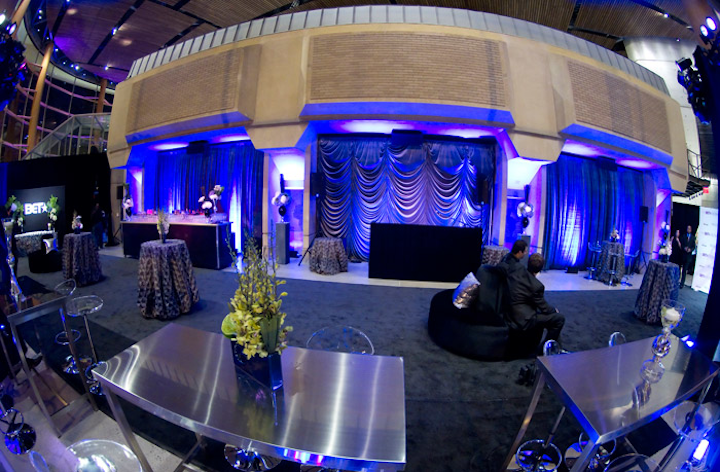 Wells arranged the furniture in the cocktail area in a linear fashion, in keeping with the layout of the building.
Photo: David De Pas 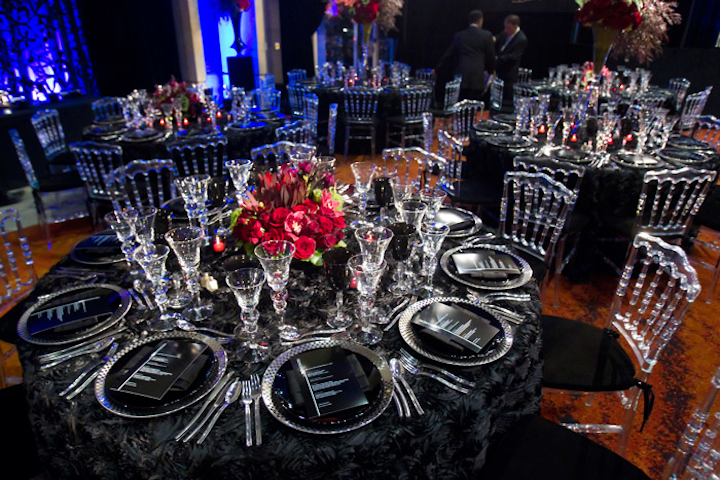 Wells continued the black and silver color scheme from the cocktail area into the dinner setup, but switched the accent colors from shades of purple to reds.
Photo: David De Pas 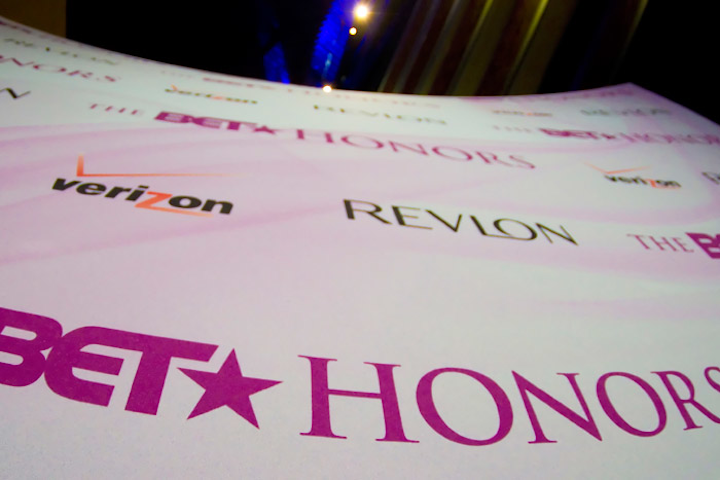 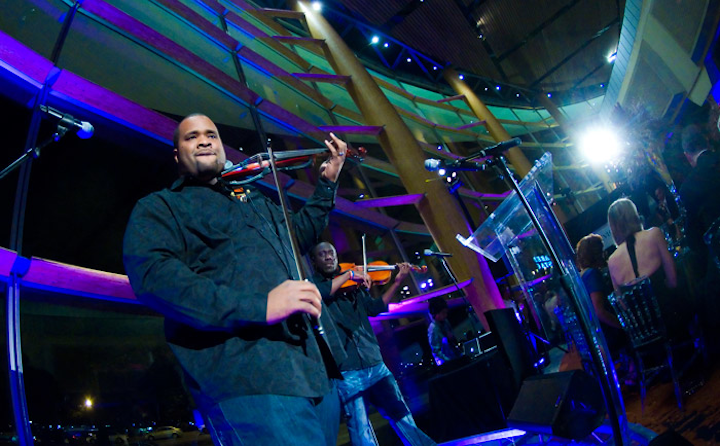 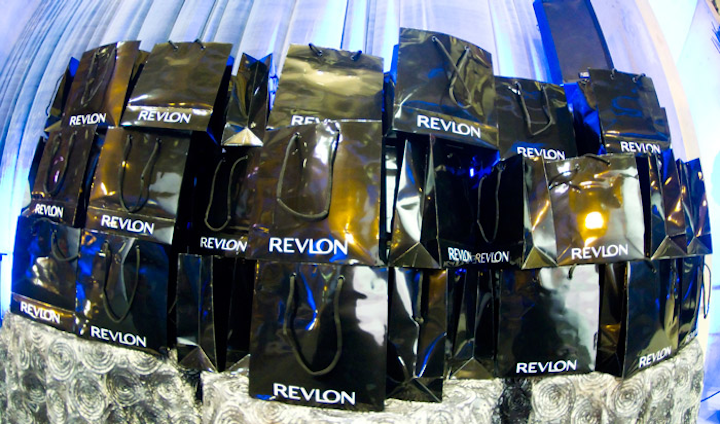 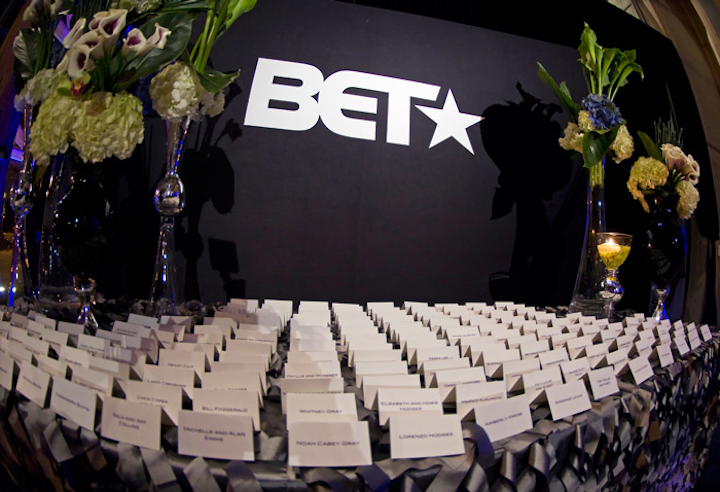 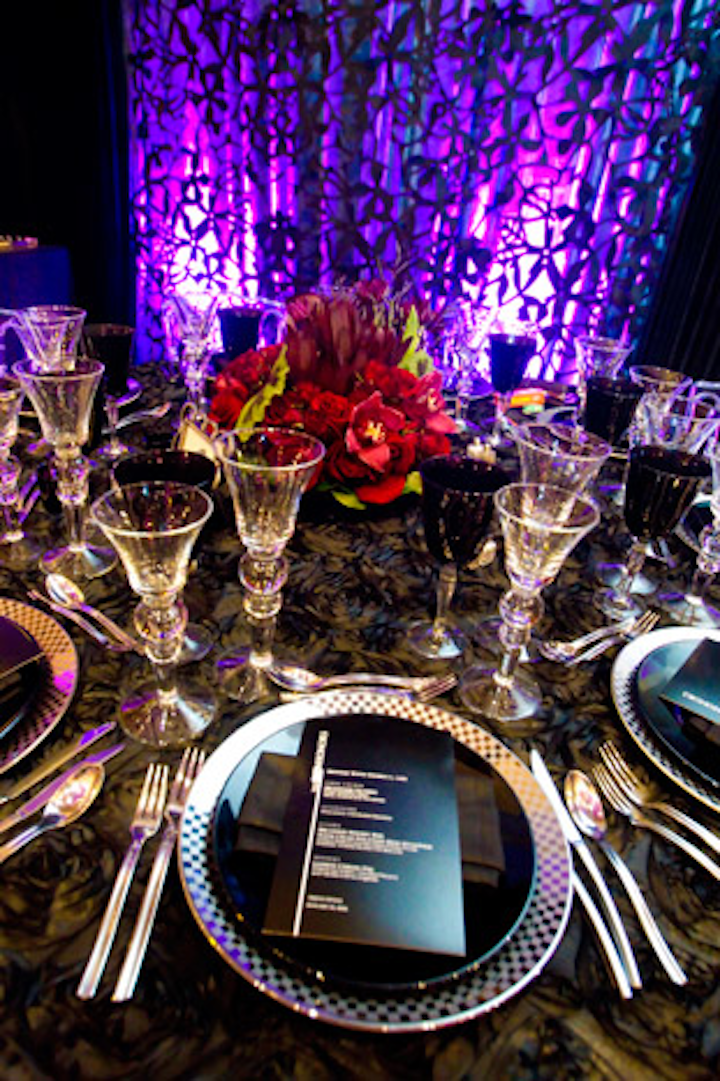 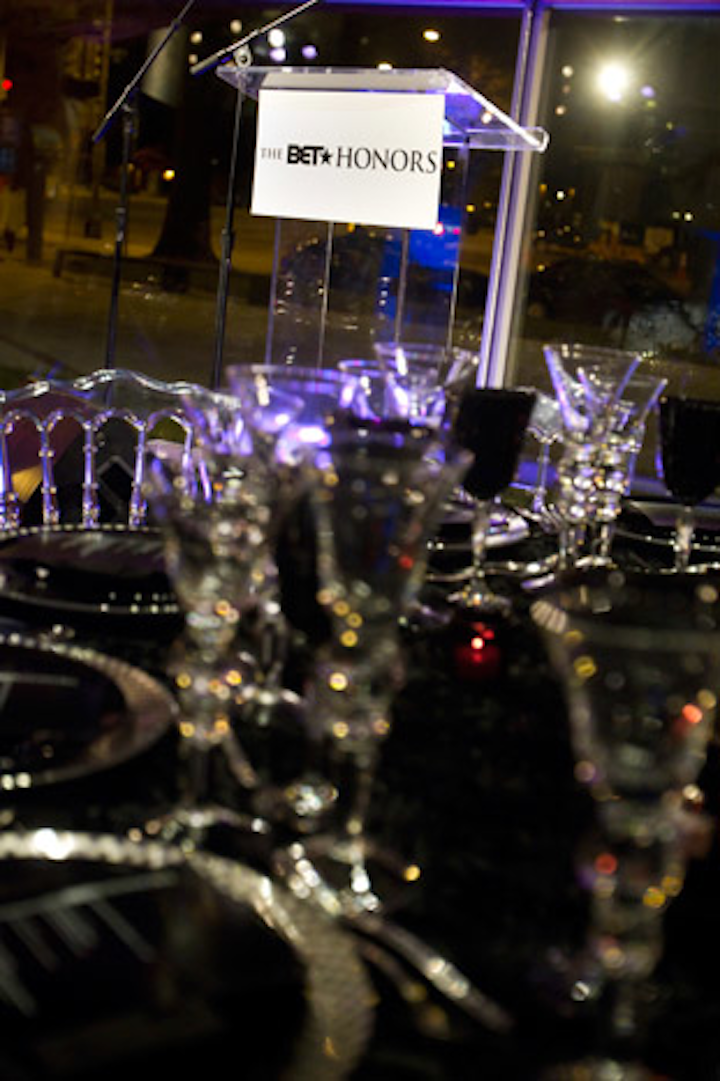