The Toronto Public Library Foundation returned to the Fairmont Royal York on February 9, hosting supporters and local literary talent for its largest fund-raising event, the Book Lover's Ball. The evening, which invites guests to dine with top authors, included a more theatrical fashion show this year and, with the help of the Food Network, a spread of desserts inspired by literary works.

To help manage the event and give it a new spin, the organization turned to Hala Events and Communications. “I needed someone who could be one-stop shopping,” said Julie Flynn-Still, director of development and strategic partnerships at the Toronto Public Library Foundation, adding that she also selected Hala Events for its creativity. “In the seventh year of the event, we were looking to refresh it a little bit.”

A big draw for guests, influential writers like Margaret Atwood and chef and cookbook author David Rocco were assigned to each table as dinner companions. Following the meal, the fashion show began and this year featured six novels, some of which were written by those in attendance. “Our goal was to add elements to the event to make it really exciting,” said Hala Bissada, president and C.E.O. of Hala Events. “We took each [of the books] and tried to interpret the story in a new way through fashion and entertainment.”

To do that, the organizers used videos and entertainment to open each segment of the show, drawing the visuals and motifs directly from each novel. For example, the Klaxon Howl take on Brad Smith's crime novel, Red Means Run, was introduced with a woman bearing a whip, and dancers in futuristic costumes led into the showing of the Adrian Wu-designed collection inspired by Atwood's sci-fi work, In Other Worlds.

Also new to the gala this year was a table of elaborate, literary-inspired desserts courtesy of Food Network and local dessert caterers, Sweetfix. An as-yet-untitled show from the network approached Bissada about participating in the Book Lover’s Ball, and during the event, a TV production crew filmed guests’ and organizers’ reactions when the table was unveiled. The tables stood on stacked tomes, and opened books acted as serving trays. “It actually becomes almost a decor piece in the room,” Bissada said. 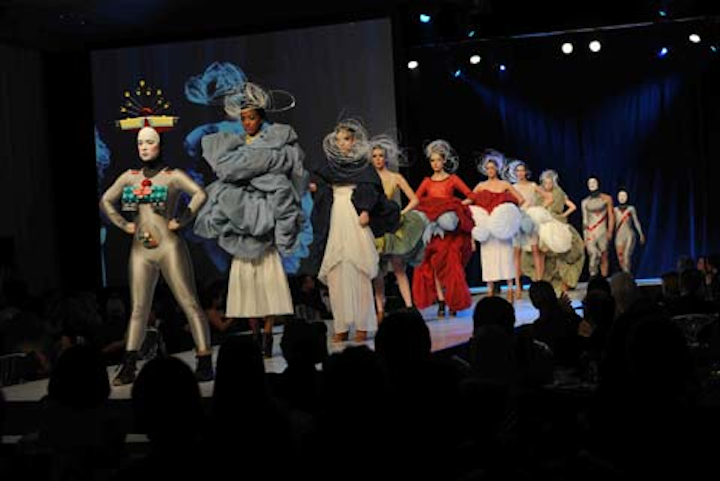 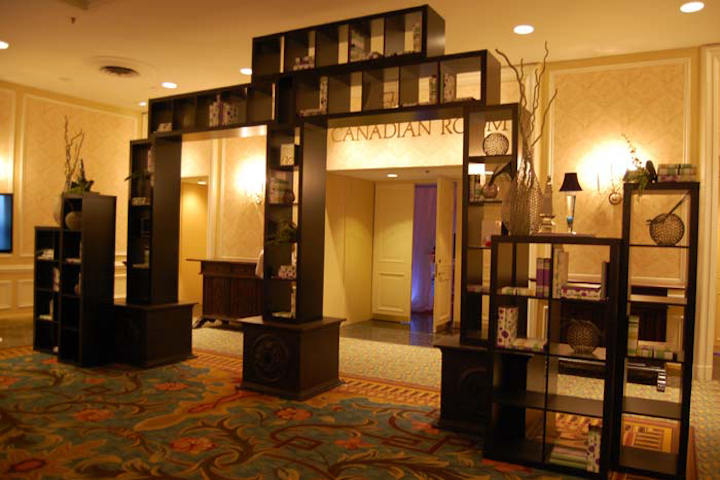 Guests walked under a bookshelf to enter the Canadian Room of the Fairmont Royal York.
Photo: Carla Warrilow/BizBash 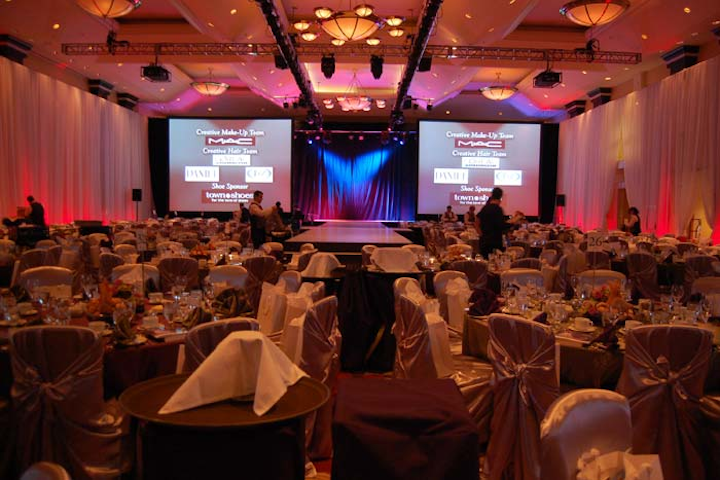 Bissada draped the walls of the Canadian Room in white and employed uplighting to change colours from red to blue. The runway ran down the centre of the space and was bordered by two large screens.
Photo: Carla Warrilow/BizBash 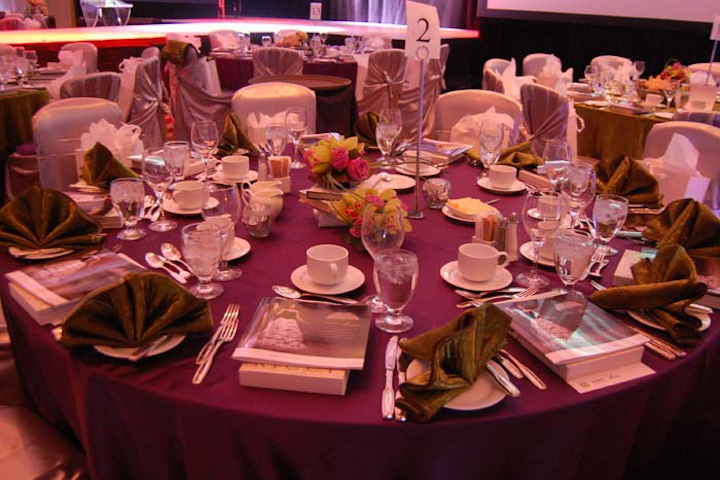 Green and purple jewel-toned linens added more color to the space, and a stack of books covered with the Book Lover's Ball logo served as each table's centrepiece.
Photo: Carla Warrilow/BizBash 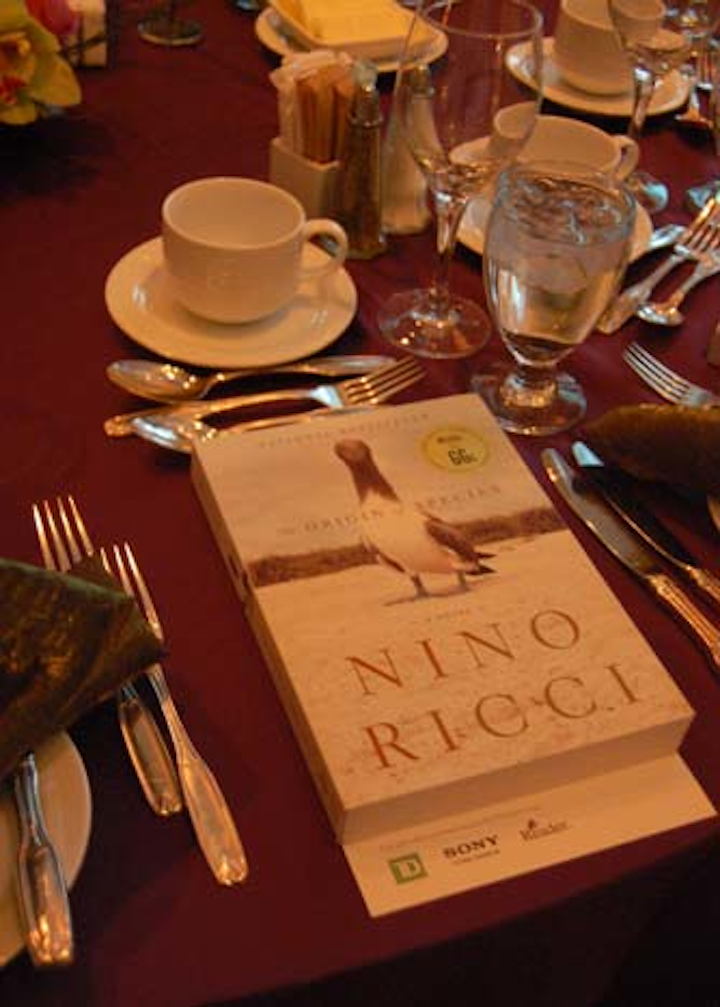 A book from each table's author served as the place setting.
Photo: Carla Warrilow/BizBash 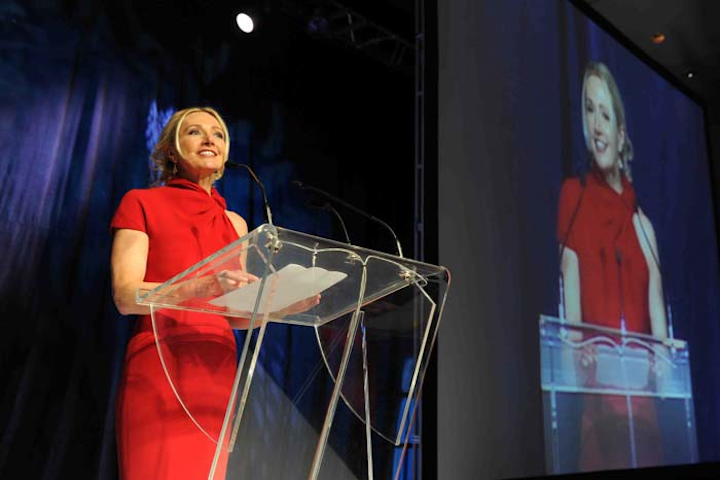 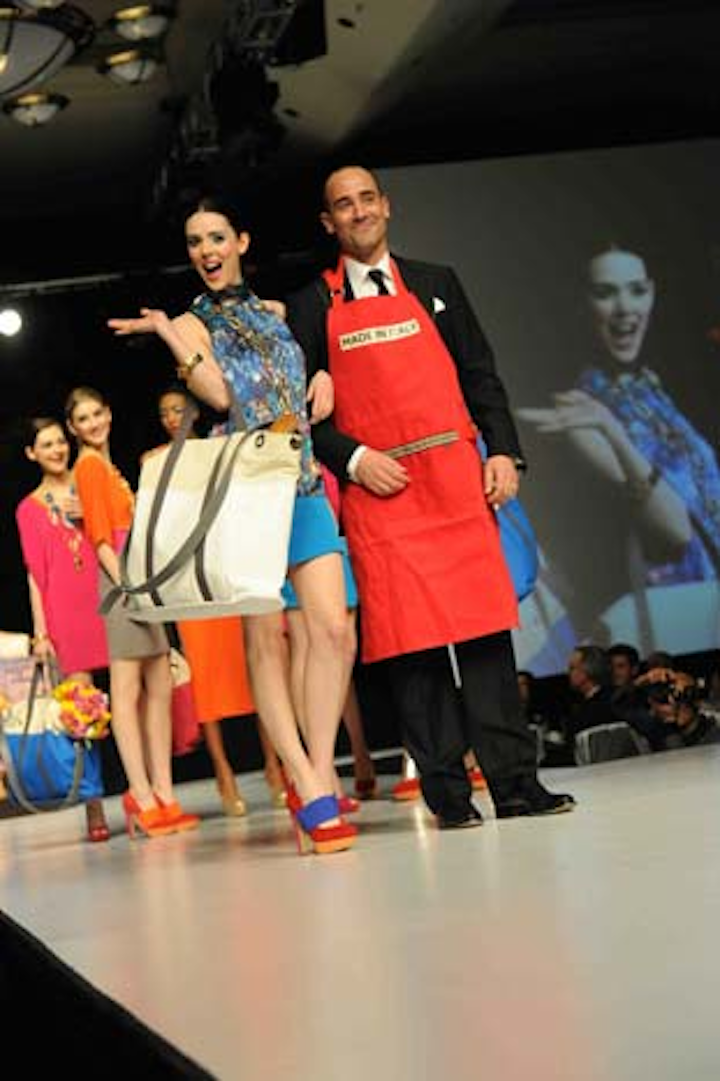 Chef and cookbook author David Rocco walked the runway with models for his book Made in Italy.
Photo: Tom Sandler 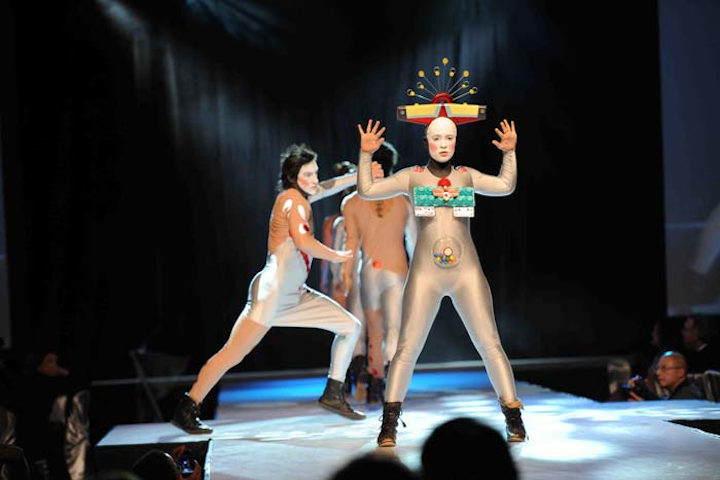 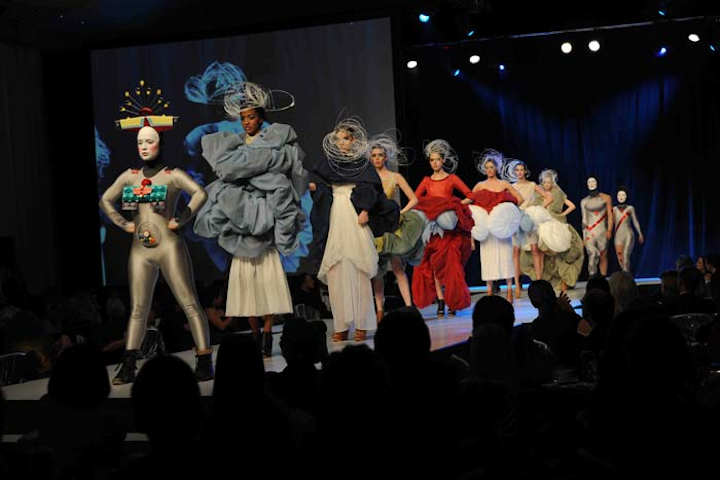 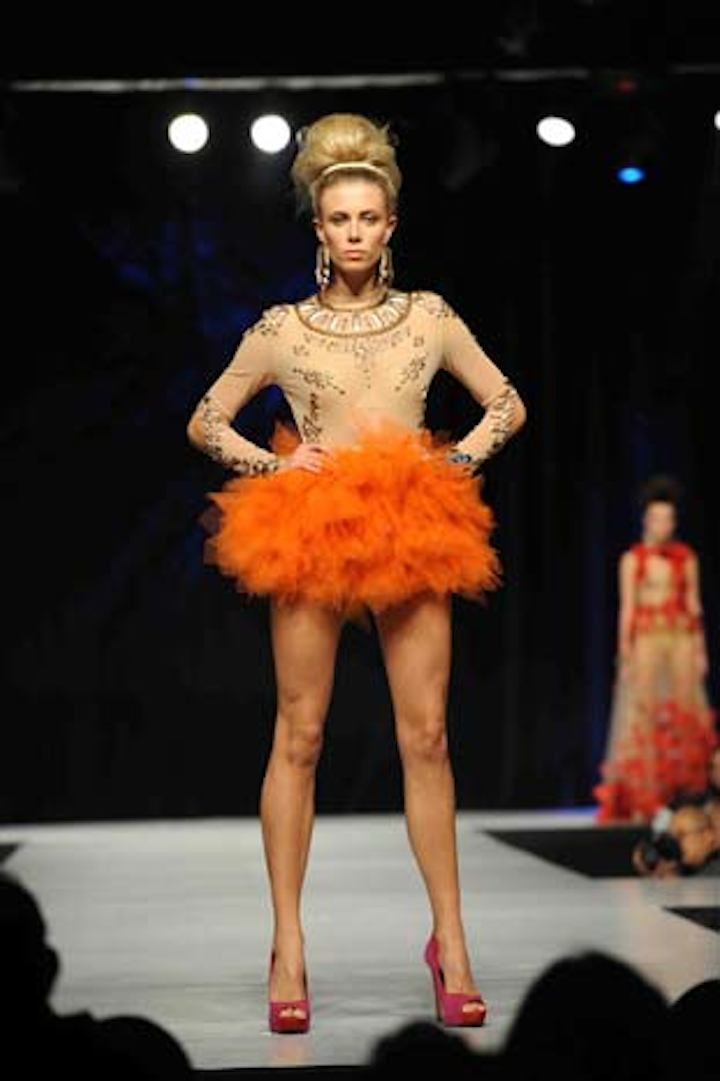 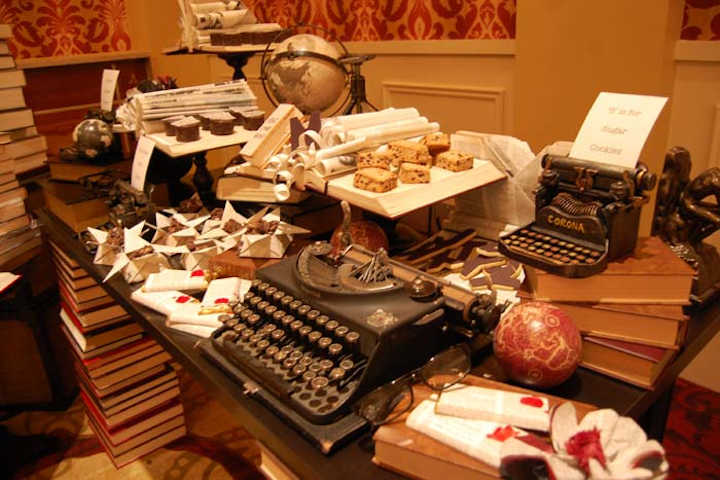 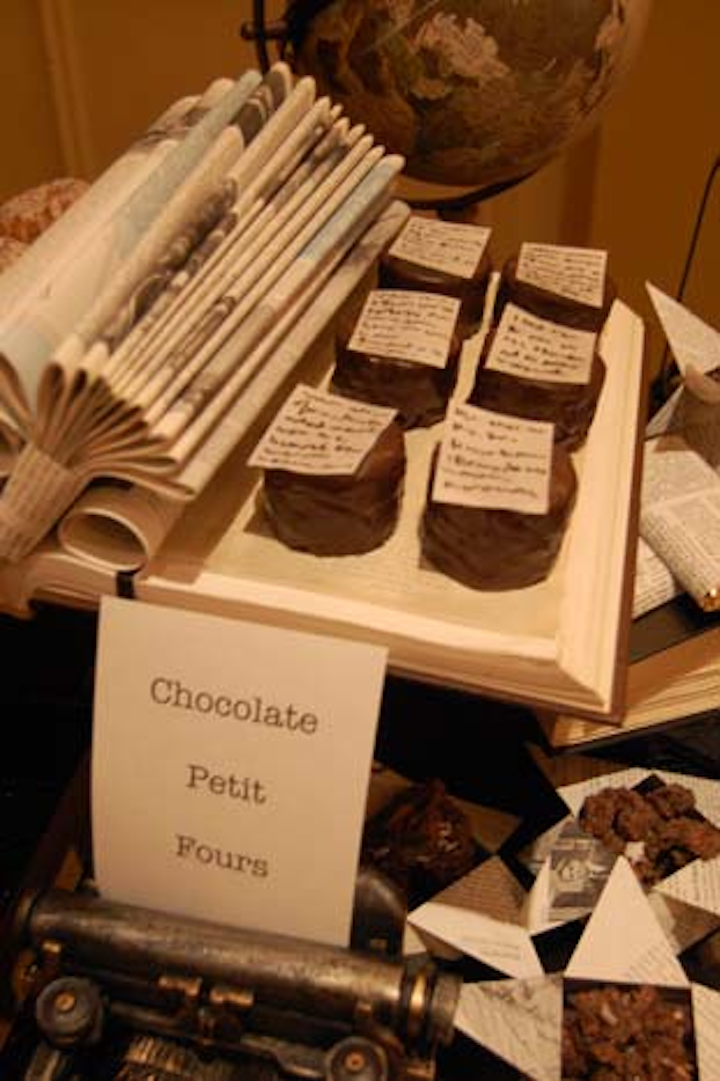 Desserts were served on open books. Chocolate petit fours were topped with a decorative page of writing.
Photo: Carla Warrilow/BizBash 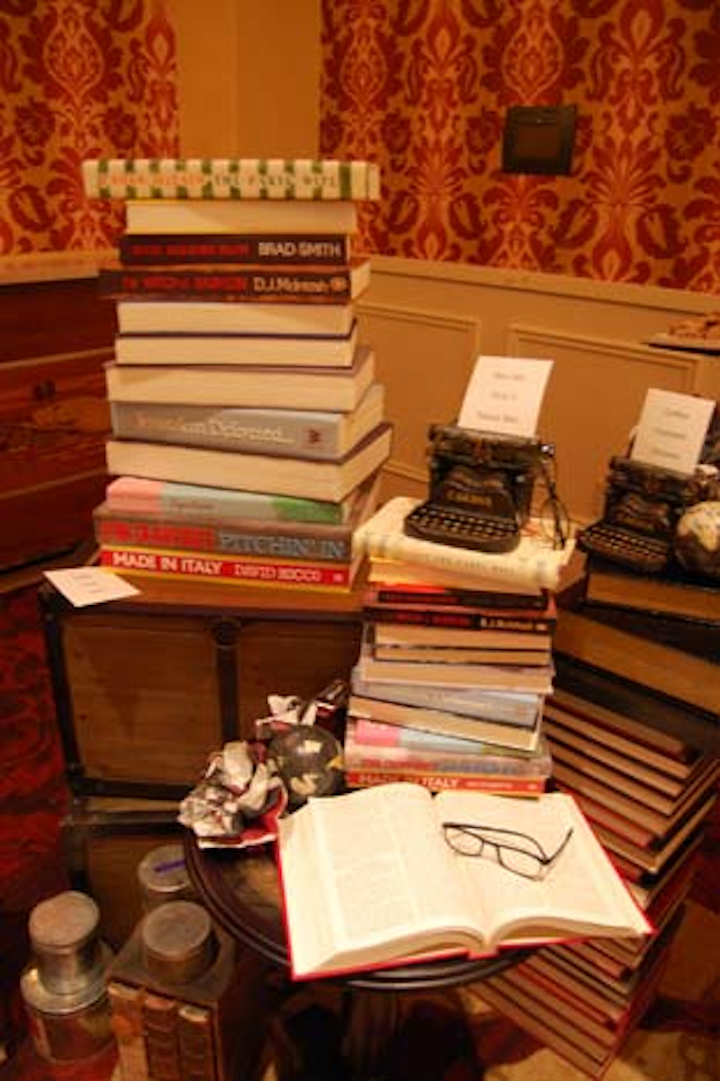 The cake (pictured, left) mimicked a stack of books written by the authors in attendance.
Photo: Carla Warrilow/BizBash
More in Canada 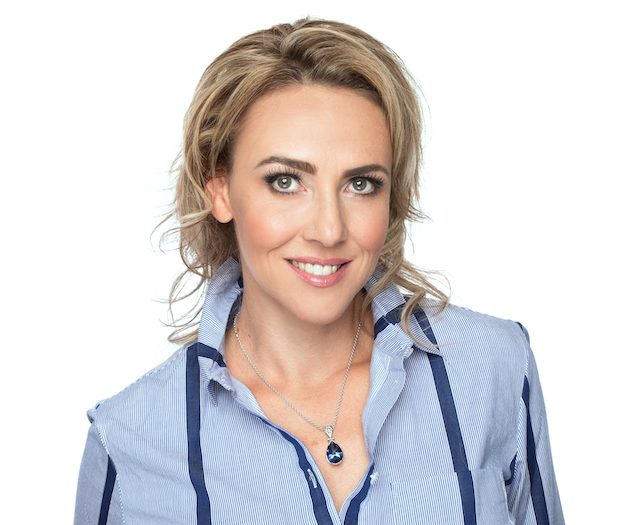 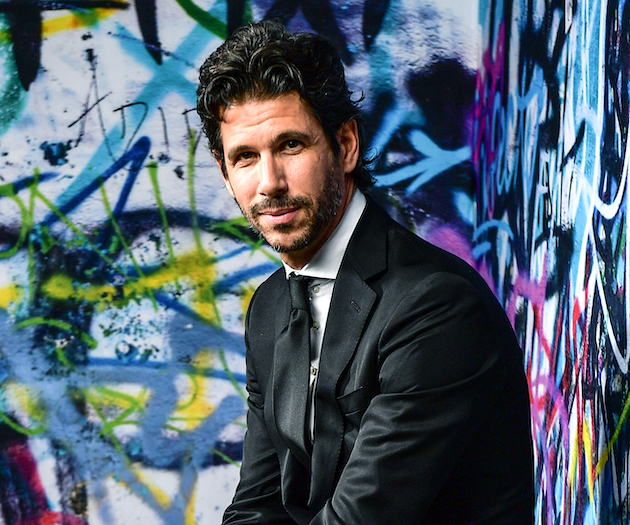 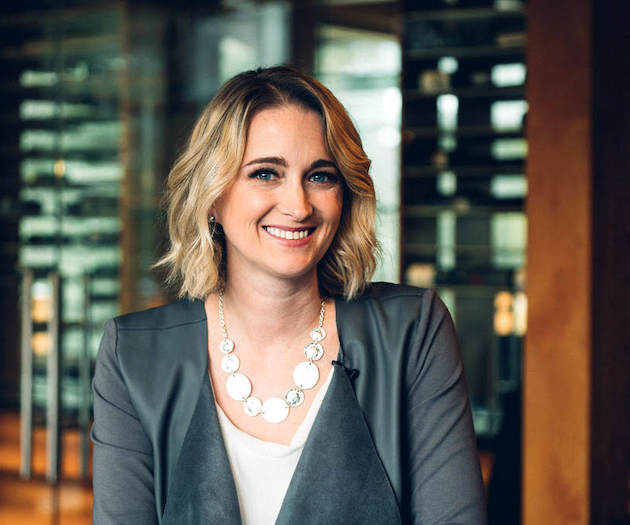