In Second Year, Friends of the Orphans Gala Heads to New Location

After hosting the first Friends of the Orphans fund-raiser at a hotel in South Beach last year, event organizers wanted to change the venue for the gala's second installment Friday. Around 200 guests attended the sold-out "plant a seed of hope"-themed gala at $150 a ticket. "We wanted something different that was not a hotel and that incorporated an outdoor area," said Ana Martinez, regional development manager of Friends of the Orphans's Southeast Region, adding that she opted to host the event at the Fairchild Tropical Garden's outdoor rotunda and veranda areas, as well as its ballroom. The organization raises money to improve the lives of orphaned and abandoned children through the support of Nuestros Pequenos Hermanos, a network of orphanages, hospitals, and community outreach programs in nine countries throughout Latin America and the Caribbean.

Rather than host a sit-down dinner, Martinez opted for a cocktail party format in which guests had the chance to watch a fire dancer provided by Kikimora and samba performers, bid on more than 80 silent auction items, and eat passed hors d'oeuvres and sushi, risotto, and churrasco from food stations created by A Joy Wallace Catering Production & Design Team.

An array of Hispanic celebrities also joined in the evening's cause. Angelica Vale, a Mexican singer, actress, and comedienne, was the M.C., and co-host and pop-urban artist Peewee performed. A humanitarian award ceremony honoring Mexican entertainer Angelica Maria followed. 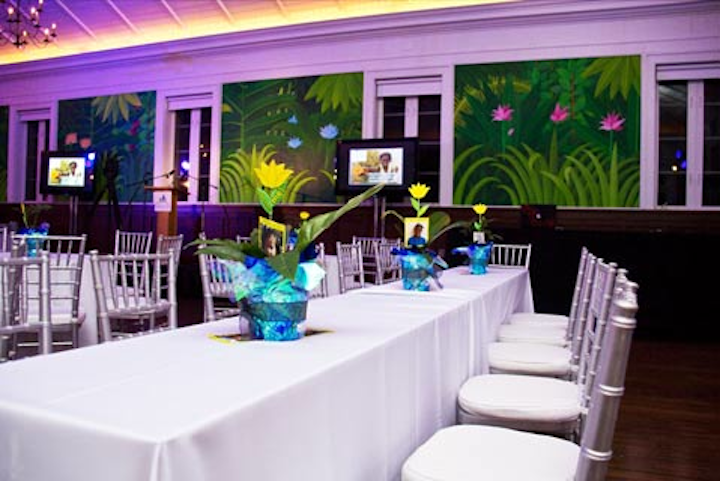 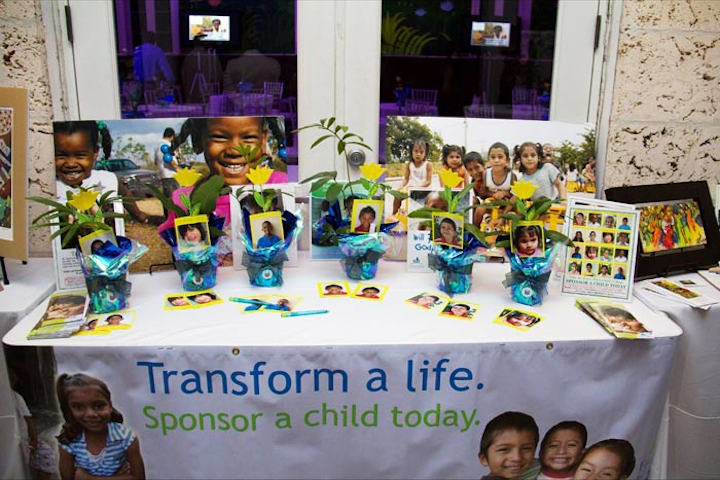 A child sponsorship table provided guests with information about Friends of the Orphans.
Photo: Cassidy Athos 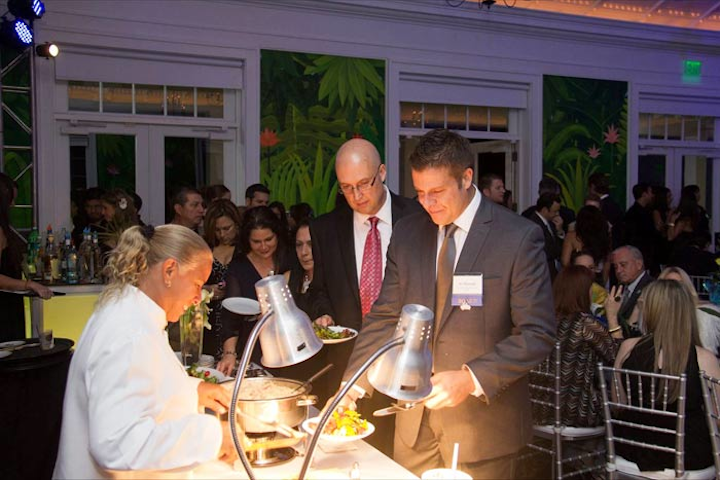 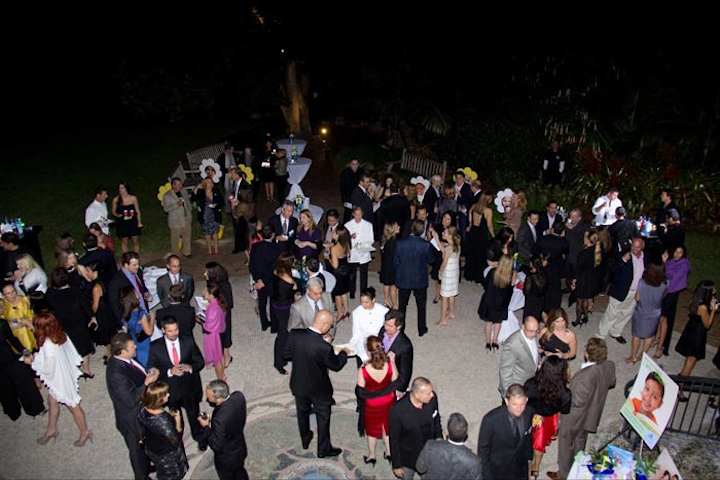 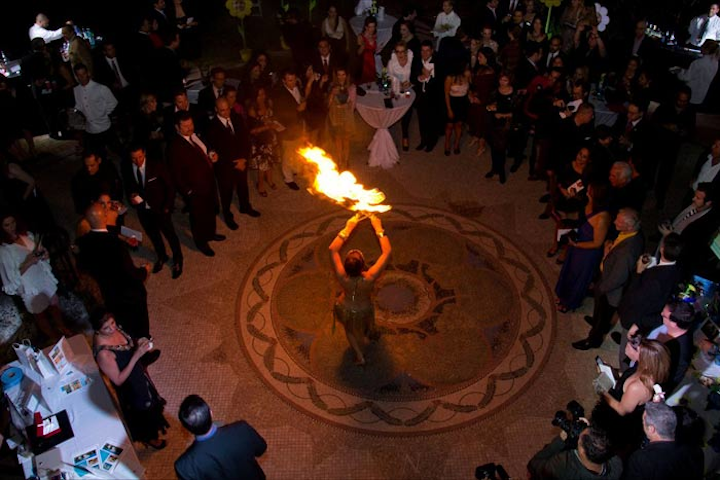 A fire dancer lit up the rotunda at the beginning of the evening.
Photo: Cassidy Athos 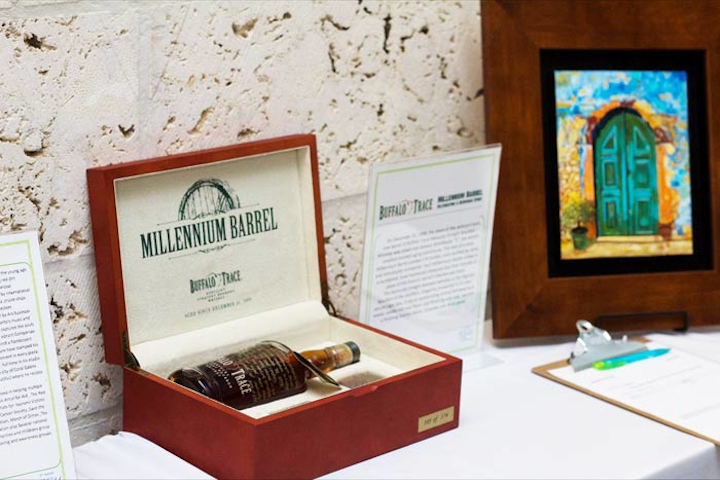 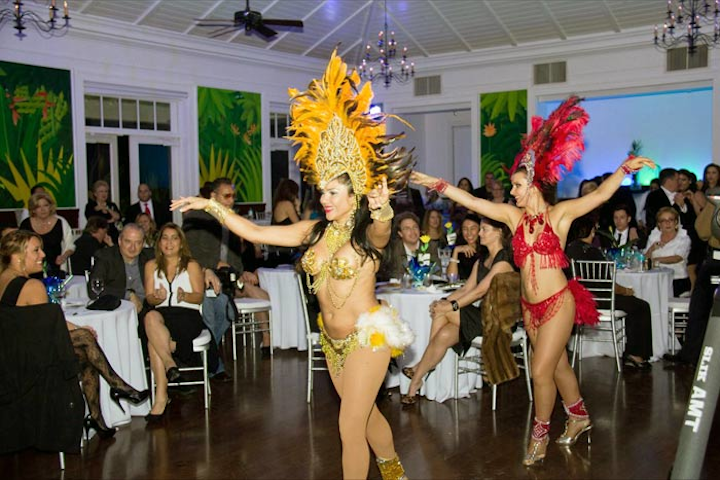 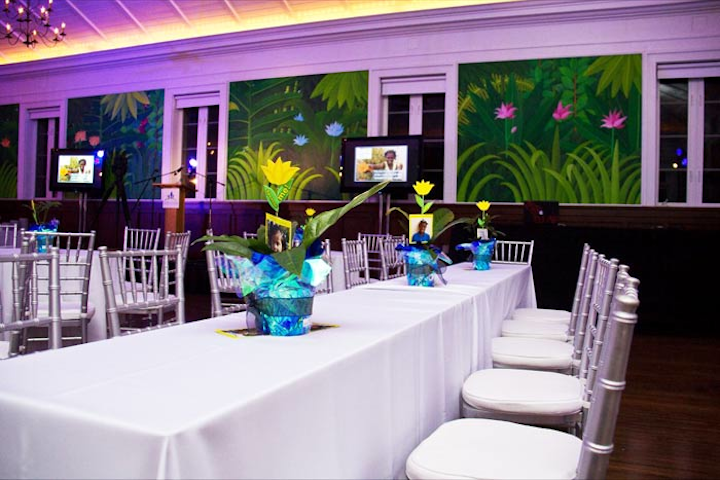 Centerpieces included photos of children placed in flower pots as part of the "plant a seed of hope" theme.
Photo: Cassidy Athos
More in Catering