On Thursday morning in Beverly Hills, a throng of journalists gathered at the Beverly Hilton for a peek at the menu and decor details for the 70th annual Golden Globes. The event was held in advance of the award ceremony, which will be January 13 in the hotel's International ballroom.

Sugiura emphasized that the menu will showcase both local and global ingredients. "We want to share with the world what the California experience is about," he said, adding that for this event, "food has to be tasty as well as colorful."

Executive pastry chef Thomas Henzi, who is creating the dessert for the third year, showed off a trio of cappuccino mousse dome, orange sanguine, and chocolate salted caramels—accented with gold leaf.

Moët & Chandon presented its special vintage, a 2004 Grand Vintage Brut Champagne, which will be poured at the show. The bubbly, being introduced to the U.S. for the first time, will come in specially made large-format bottles.

Mark Held of Mark's Garden also showed off his plans for the floral centerpieces. A simple arrangement of lush red roses will top camera-friendly, understated tables.

The Beverly Hilton has been home of the Globes 42 times, and for the last 38 consecutive years. This year’s event will air live coast to coast on NBC. 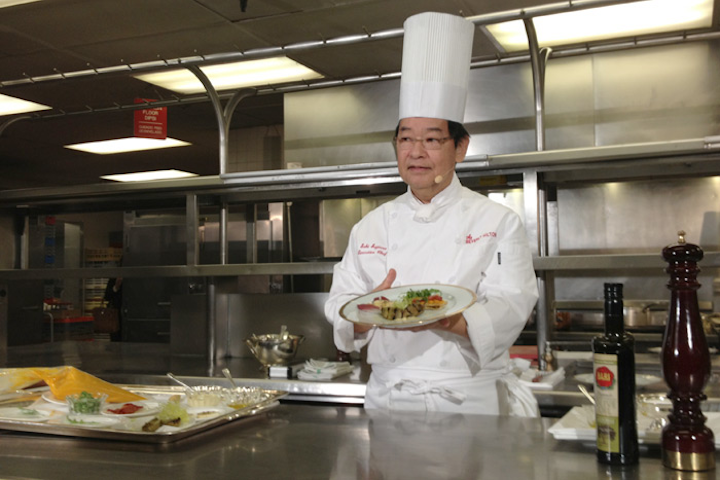 Beverly Hilton executive chef Suki Sugiura plated a version of the meal that will serve 1,300 at this year's Golden Globes.
Photo: Alesandra Dubin/BizBash 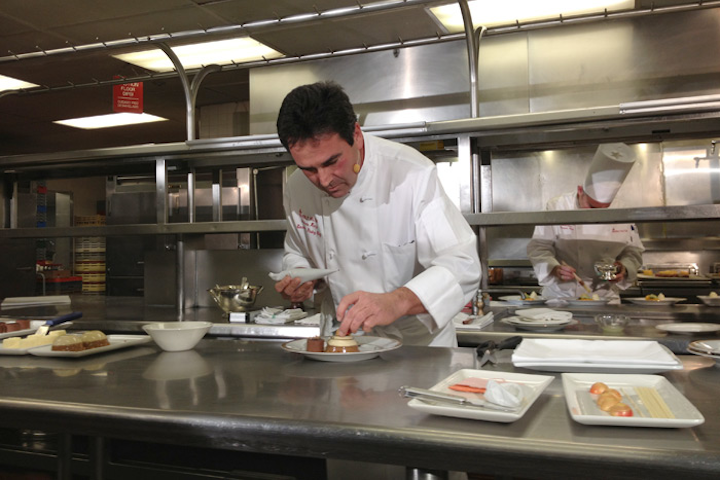 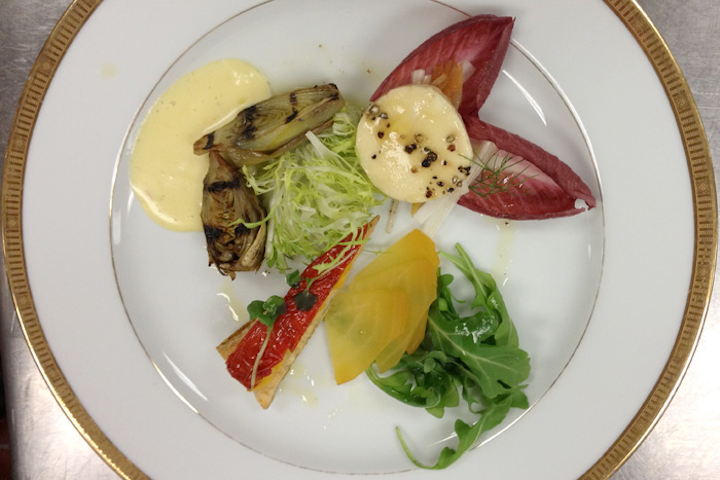 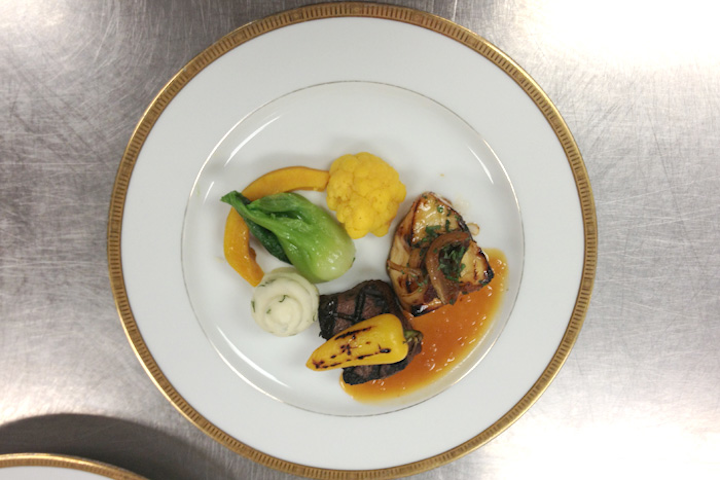 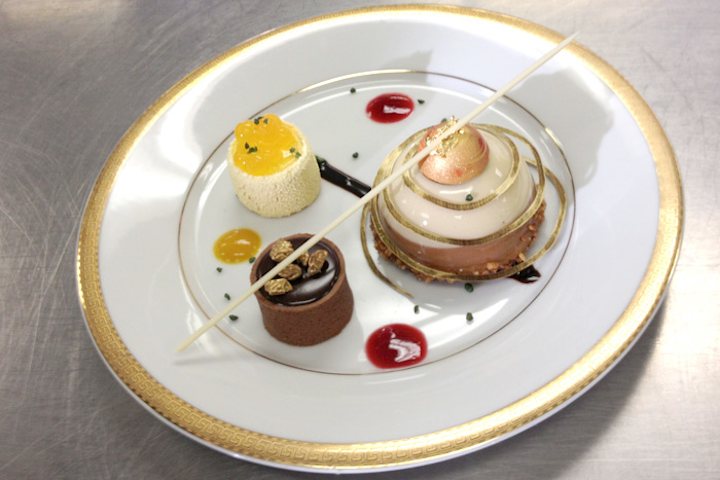 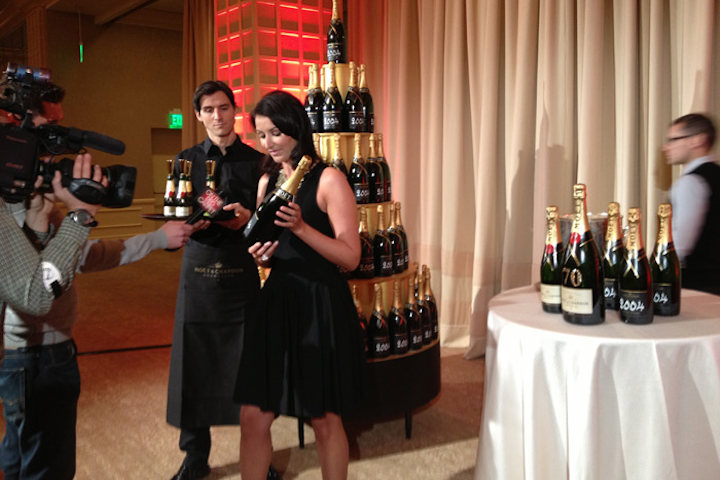 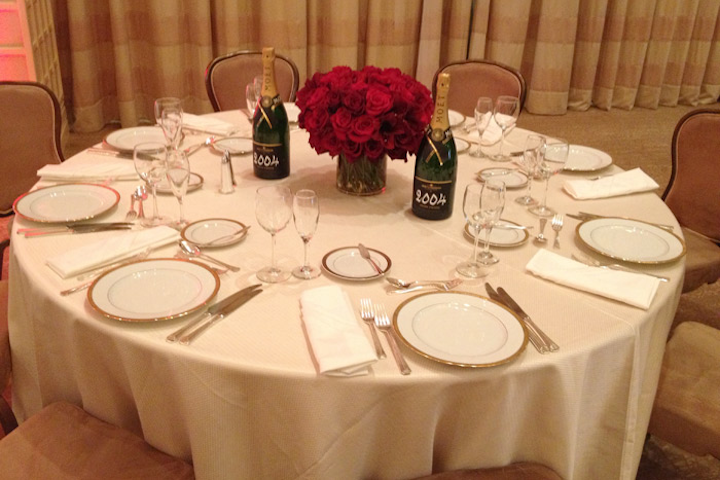