Carla Warrilow
After the Floriana International Indian Film Academy Awards on June 25, 1,200 guests attended the official after-party at the Fairmont Royal York Hotel. “It’s South Asian in feel, but still a little modern,” said Nadia Di Donato, creative director for Liberty Entertainment Group, who produced the event. The IIFA awards ceremony was more than two hours late, causing the after-party to push back its scheduled midnight opening. Guests didn't arrive at the party until after 2 a.m., but the venue had an extended license to sell alcohol until 6 a.m.
The party took place on the lower level of the hotel, in the ballroom. Tall white flower arrangements, white and gold draping, and white mirrored furniture brightened the space. Candlelit lanterns and jeweled votives added to the South Asian theme. Guests could find authentic shish taouk and Indian desserts, like kulfi frozen with liquid nitrogen, at various food stations throughout the space.

Mindful of the large number of guests, Di Donato opted to keep the ballroom and the dining area free of clutter, with minimal furnishings. The ballroom had a large dance floor and was lit with flashing, colourful lights. “Of course I wanted to bring in Bollywood,” said Di Donato. A line of beds served as seating, topped with gold and white pillows.

Attending Bollywood stars could relax in their own V.I.P. area, in a private room off of the ballroom. White sofas and custom-made gold ottomans lined the space. A private bar served drinks. 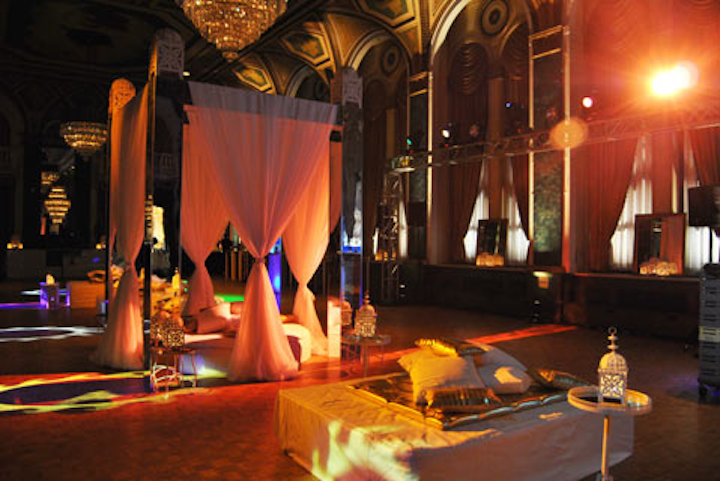 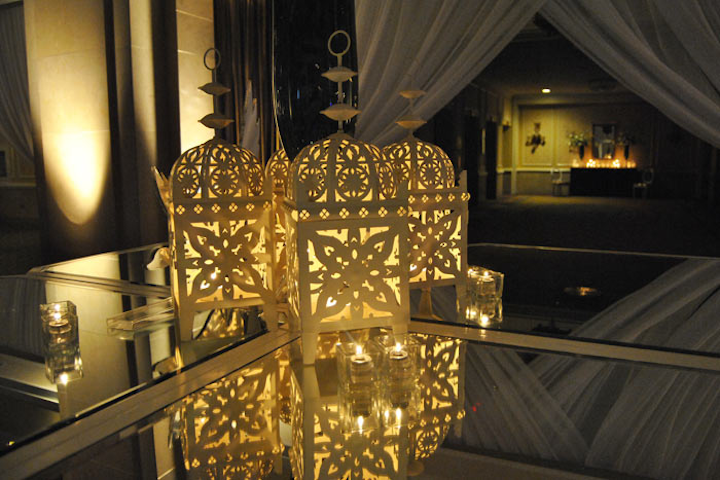 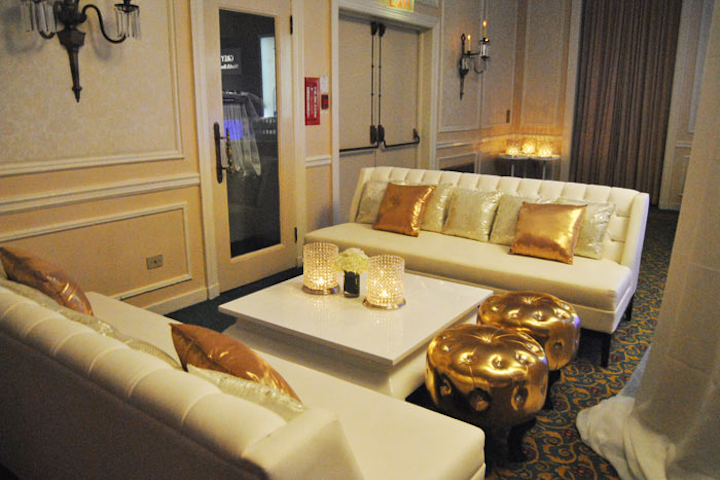 In the V.I.P. lounge, white sofas were lined with gold and white pillows. The jeweled gold ottomans were custom-made according to planner Nadia Di Donato's specifications.
Photo: BizBash 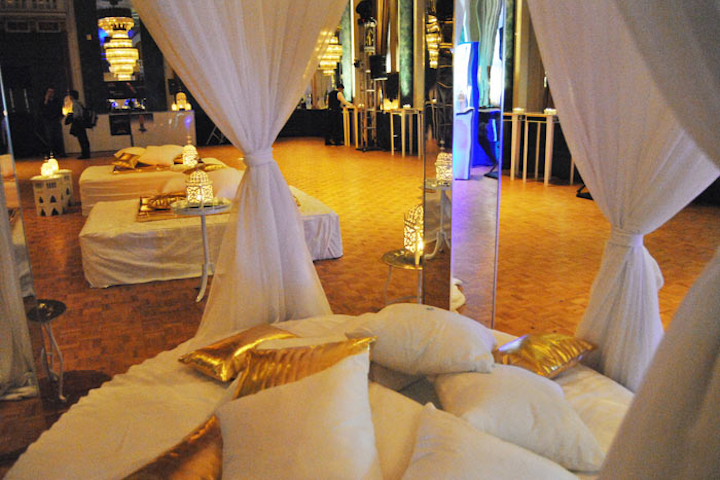 In the ballroom, beds gave the evening a Bollywood look and provided seating.
Photo: BizBash 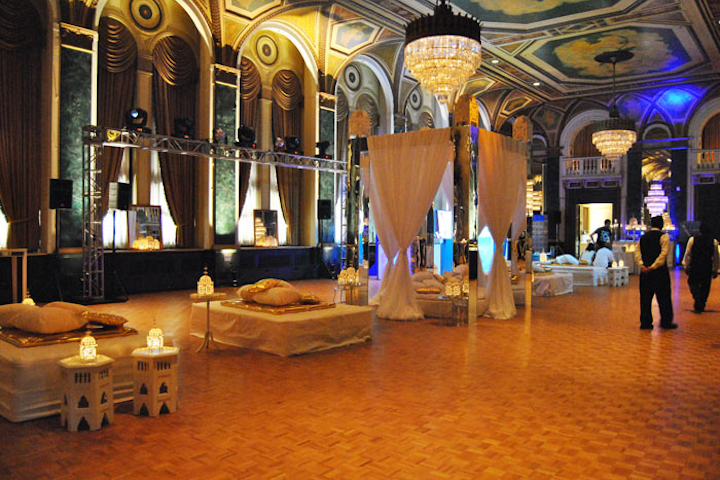 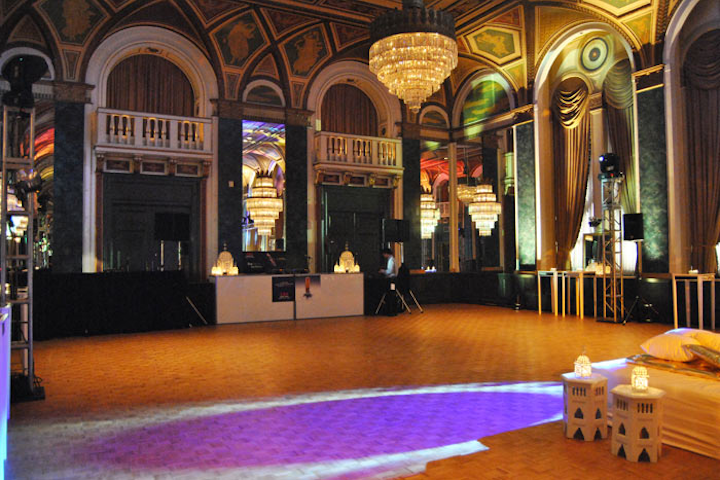 The large dance floor was kept clear of furniture in anticipation of the large number of guests.
Photo: BizBash 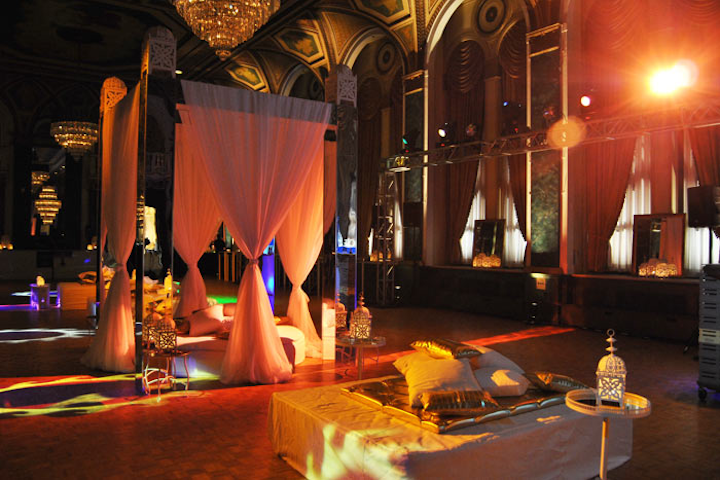 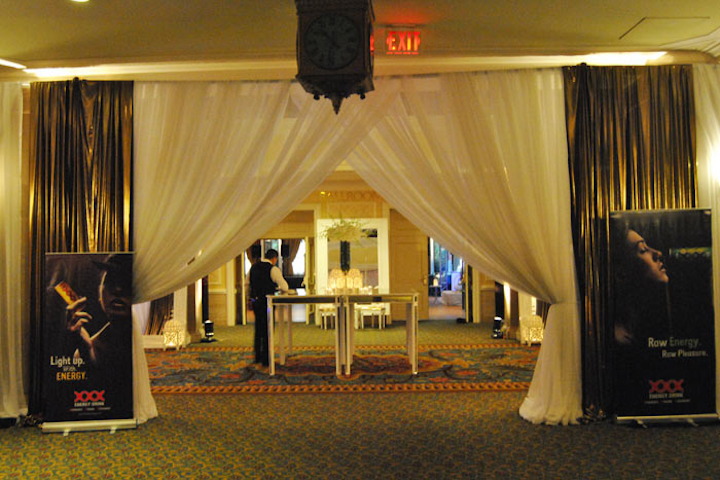 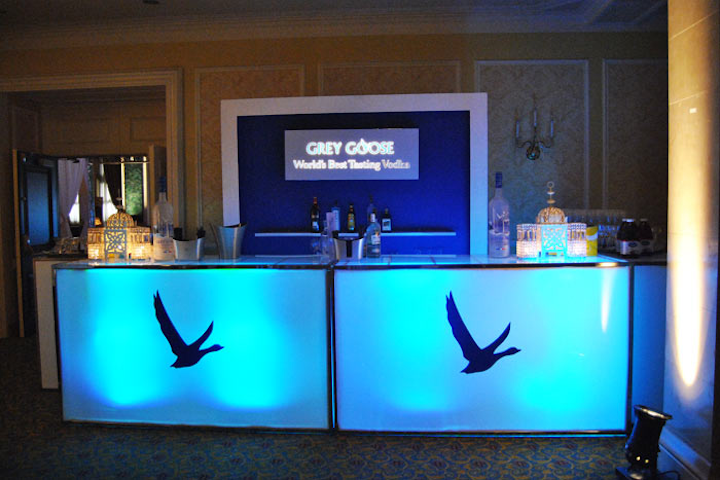 Bars were lit blue in honour of Grey Goose, a sponsor of IIFA.
Photo: BizBash
More in Global