The E3 expo—the massive trade show for computer and video games and related products—took to the Los Angeles Convention Center from June 15 through 17. Owned by the Entertainment Software Association, the expo brought in about 300 exhibitors and 45,600 attendees from 90 countries. Here's a look at some of E3's standout production feats, including exhibits on the show floor, sponsorship activations, and related events and parties. 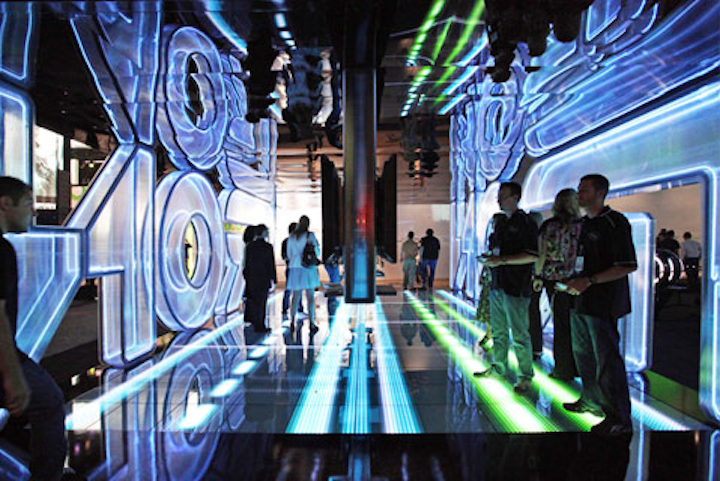 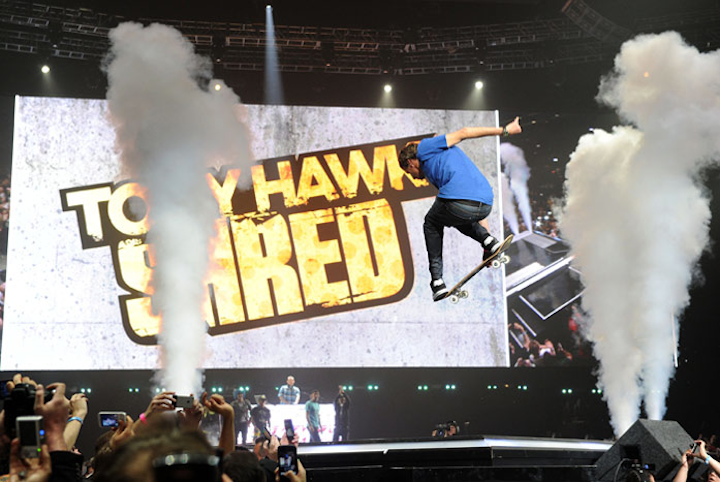 On June 14, Activision kicked off E3 at the Staples Center with performances by the likes of Eminem, Rihanna, and Travis Barker; Usher with Will.i.am; Pharrell and N.E.R.D.; and Tony Hawk. The event celebrated the video game publisher's upcoming titles and offered sneak previews.
Photo: Michael Buckner/WireImage.com 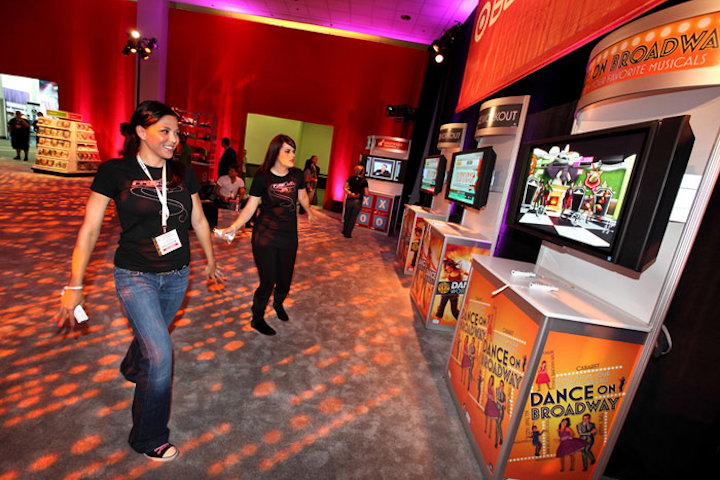 Target's Caravents-produced "Bullseye Lounge" at E3, in the Concourse Hall Foyer, served as a getaway from the mania in the exhibit halls. A 20-foot video wall looped bull's-eye-inspired graphics, gaming trailers, and guest photos. Attendees also had the chance to play Ubisoft games.
Photo: Line 8 Photography 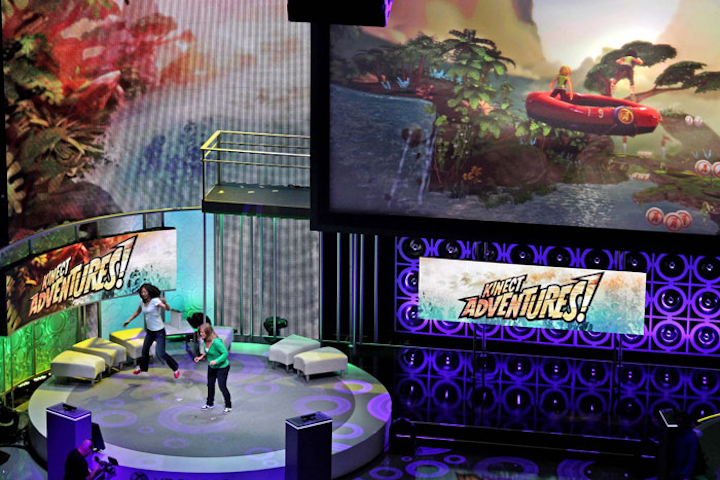 Zed Ink produced the Xbox 360 media briefing at the Wiltern with a stage designed to transform to highlight each title's graphics and immerse the audience in visuals. The stage hosted controller-driven demos and play of controller-free launch games and experiences on Kinect for Xbox 360. The briefing was televised live on Spike TV and broadcast in Times Square.
Photo: Nadine Froger Photography 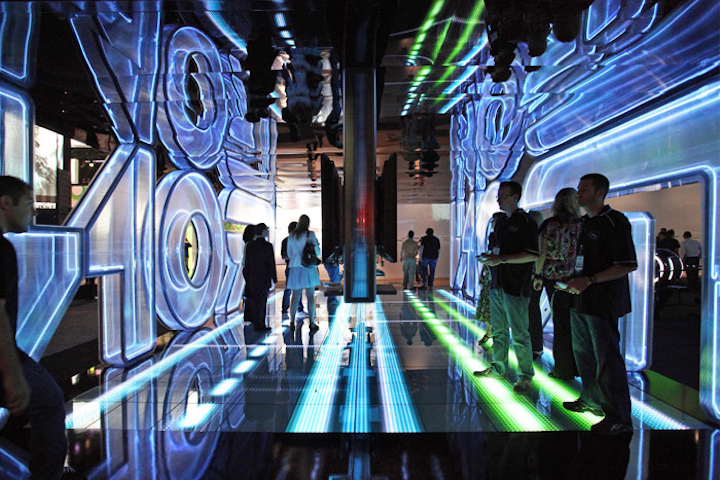 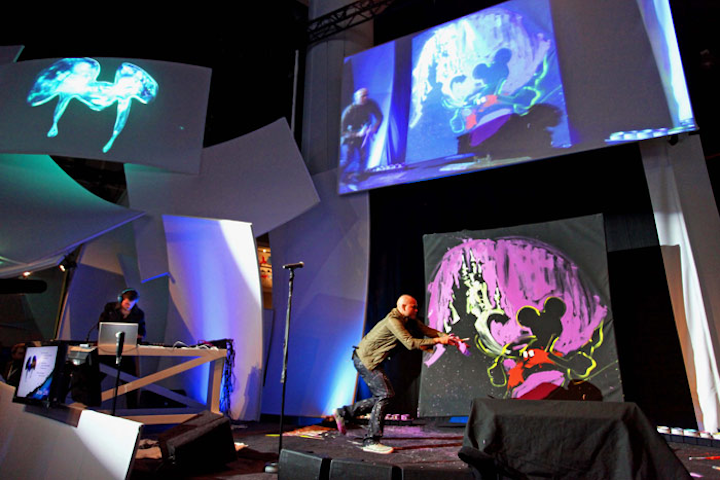 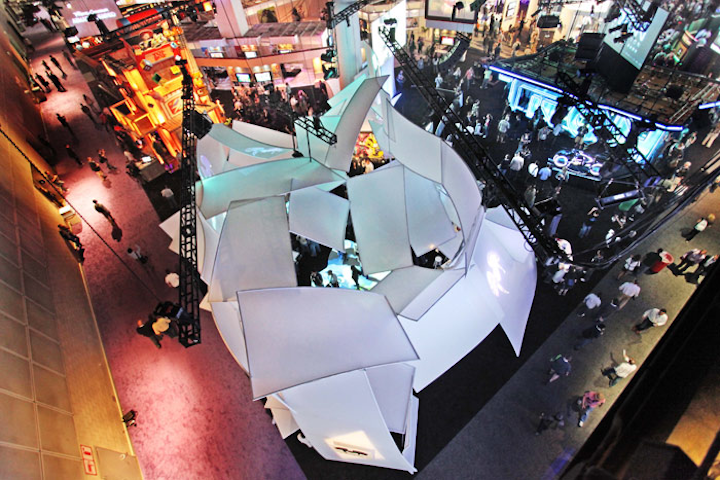 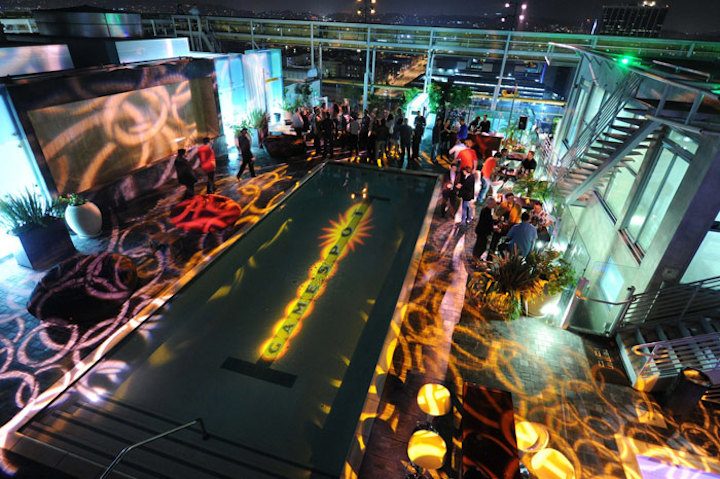 GameSpot's party, produced by the Visionary Group, included heavy branding through gobos, logo pillows and other products, a logo pool table, and a GameSpot sizzle reel playing on large LCD monitors throughout the party, in the lobby, and on the 16th floor of 1010 Wilshire.
Photo: Mark Davis 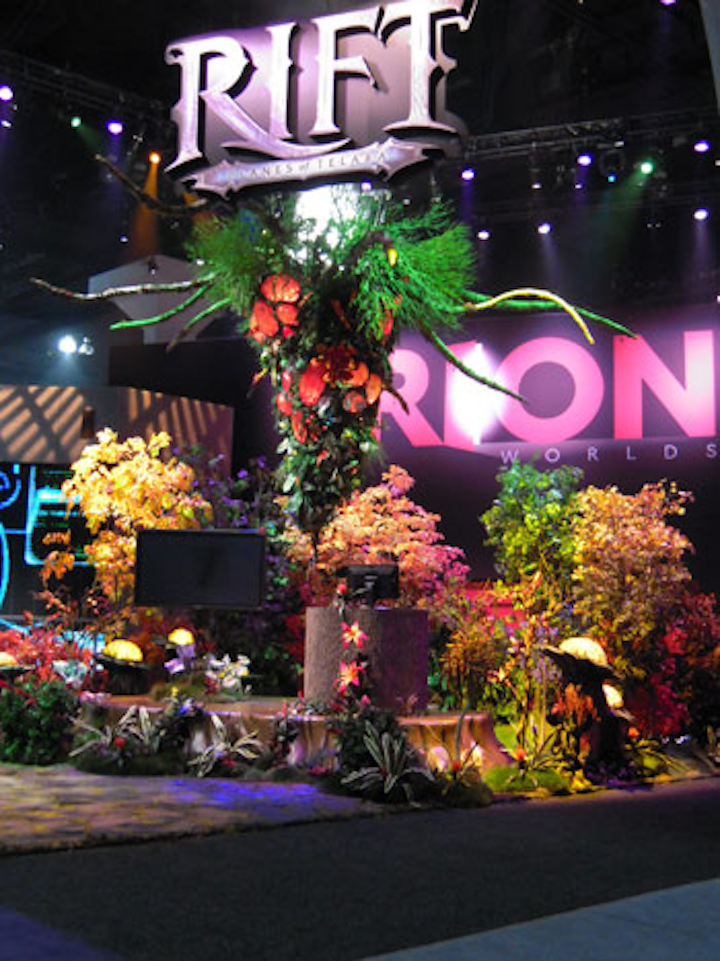 Trion's exhibit showed its gaming wares, including a nod to the EON franchise, which will debut as both a game and a television show simultaneously, with a shared universe of characters, and environments; the Freddie Georges Production Group produced and built the exhibit, which depicted the world from the highly anticipated game. ELS provided the lighting equipment.
Photo: Courtesy Freddie Georges Production Group 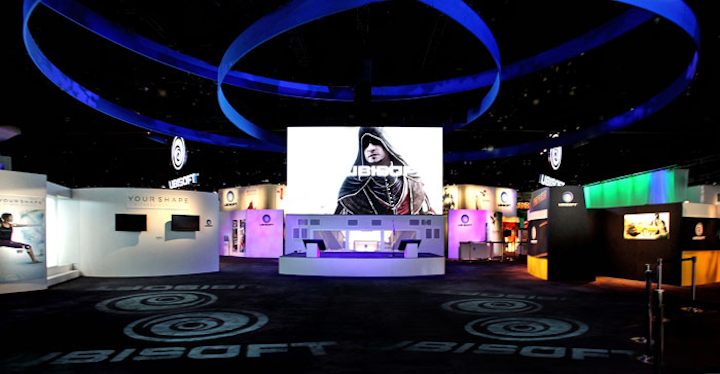