The inaugural Mothers Ball will offer education, resources, support, and entertainment for mothers in all stages of life. 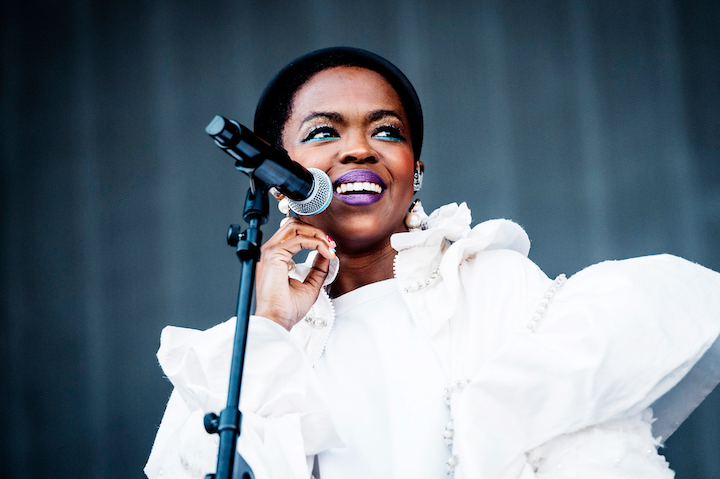 NEW YORK—The inaugural Mothers Ball will take place December 14 to 15 at the Jacob K. Javits Convention Center in New York. Part festival, part trade show, part conference, the event—which expects to draw 6,000 attendees—aims to empower mothers in all stages of life. “We wanted to create something inspiring, but also something really helpful and meaningful that leaves an impact on each individual with explicit education and calls to action,” explains Lexi Montée, a member of the event’s all-female production team.

BizBash caught up with Montée to learn how the first-time gathering drew big-name speakers and performers, what will set it apart from other women’s conferences, the benefits of an all-female production team, and how the Mothers Ball community will extend beyond the two-day event. Here are some takeaways that all conference and festival planners can learn from.

But the education is only one part of it. The two-day gathering also will feature a performance from headliner Lauryn Hill, plus musicians Elle Varner, Letta J, Lisa Ramey from NBC’s The Voice, and more. There will be "woman-positive" art installations from contemporary artists such as Alexandra Grounds, Voodo Fé, Anastasia Taylor-Lind, and Uncutt Art, plus an onsite marketplace powered by Square and an exhibition floor with interactive experiences centered on self-care.

“We studied other women’s conferences and thought, what’s missing—it’s that celebratory component,” says Kyle Kane, whose company, creative management agency 180 South Group, is assisting with logistics. “We wanted to get outside the stale hotel ballroom and really make something unique.”

2. Work with people who deeply understand your target audience.
Mothers Ball is the brainchild of women’s portrait and maternity photographer Lola Melani, who regularly works with public figures and celebrities and speaks frequently on her experience as an immigrant. Her nonprofit, the Lola Melani Fund, was founded in 2017 and is an advocate for women and families around the world. Other members of the production team include Catalyst Creativ C.E.O. Amanda Slavin (a 2015 BizBash innovator), social entrepreneur and Eleanor Roosevelt Global Humanitarian Award-recipient Kimberly King, Dreamhouse Marketing founder Annette BibbyOliver, and other leaders in the marketing, communications, and entertainment fields.

Montée thinks that having a team of all women adds a level of integrity and authenticity to the women-focused event. “I think our spirit and energy really comes across,” she explains. “Not to stereotype, but when women want to do something, we can really move mountains. There’s this desire to lift each other up rather than be competitive.”

For her part, Montée was initially approached as a sponsor. She works for Happiest Baby, which was founded by her parents—child development experts Harvey Karp and Nina Montée Karp—in 2001. Montée says the event concept was initially more festival-based, and she immediately started brainstorming ideas for creating an educational programming component. She was eventually brought on board as a producer, where she’s tasked with curating programming and social impact.

“We got together and thought, ‘Okay, what's the most important information—not just to women, but to all families, all people,’” she remembers. “And that's gun safety in America, health, the environment, emotional relationships. How do you parent? Kids don't come with instructions, so let's bring in a bunch of specialists."

The producers reached out to their personal contacts, and the event snowballed from there. “This is very much a passion project,” adds Montée, who notes that the production team is volunteering their time and efforts for free.

3. Ask experts for help with programming, and don't be afraid of serious topics.
Another component that was important to Montée and the team is social impact. “Instead of just curating inspirational individuals—who I'm sure want to help people, but are also looking to elevate their own platform—I wanted to put nonprofits on a bunch of panels.” Producers consulted with nonprofits such as Everytown for Gun Safety to help curate panel topics, and various charities will have a dedicated section on the show floor to get attendees involved.

“For example, we want to talk about the newborn phase, and things like exhaustion and postpartum depression and anxiety,” says Montée. “So let’s get people who have real stories. Let’s really make this meaningful; let’s have mental health organizations on board and really do it the right way.”

The event also aims to help fund women-owned businesses. TG Capital Partners, a veteran-, minority-, and woman-managed investment firm, is hosting a competition that will offer up to $1 million in business funding. The winner of the “Mothers Ball Entrepreneurial Success Package" will get assistance with operational services including accounting, legal, marketing, office space, and other business expenses.

4. Use tiered ticketing to make it accessible to more attendees.
To make the event accessible to a wide variety of mothers, several tiered ticketing options were created. General admission tickets, which offer access to all sessions and most performances, start at $129—a reasonably attainable price for a two-day conference of this type. Higher-priced tickets include access to a gifting suite and Mothers Ball After Dark, a series of evening music performances around the city on December 14. And for $1,295, guests can get full backstage credentials for meet and greets, plus a premium gift bag worth more than $2,000.

There are discounted two-day passes for military, students, teachers, and seniors, and children under the age of 12 will be admitted free of charge. While children are welcome, notes Kane, they are not necessarily encouraged because organizers want the weekend to be a chance for women to focus on themselves. But licensed childcare technicians will be on site to assist; in fact, a kids’ playroom will offer activities such as gaming, scavenger hunts, and more.

5. Focus on building a larger community.
Ultimately, organizers hope to create an ongoing Mothers Ball community by hosting annual events around the world; events in San Juan, Puerto Rico, and Stockholm are already in the works for 2020, and Seoul, South Korea, and Bangkok are slated for 2021.

“When you have a singular event, there are finite curated topics limited over the course of two days,” says Montée. “Where is the rest of the conversation? Where is the support system? Where can you go to for resources to learn how to advocate for yourself, how to ask for your maternity leave, or how to ask for a raise?"