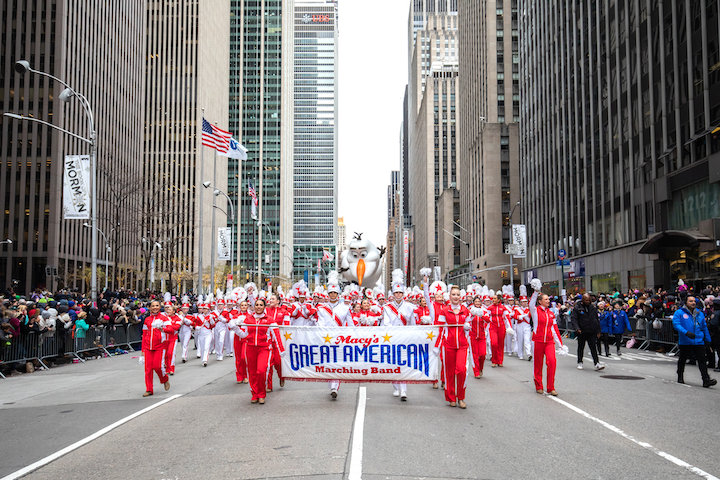 Each year, the Macy’s Thanksgiving Day signals the unofficial start to the holiday season, not just for the 3.5 million spectators who come to see it in person, but for the 50 million people who tune in to watch it on TV. The 2019 celebration featured 26 floats, more than 1,000 clowns, 1,200 cheerleaders and dancers, and appearances from headliners like Celine Dion, Ciara, and Ozuna. Next: November 26, 2020 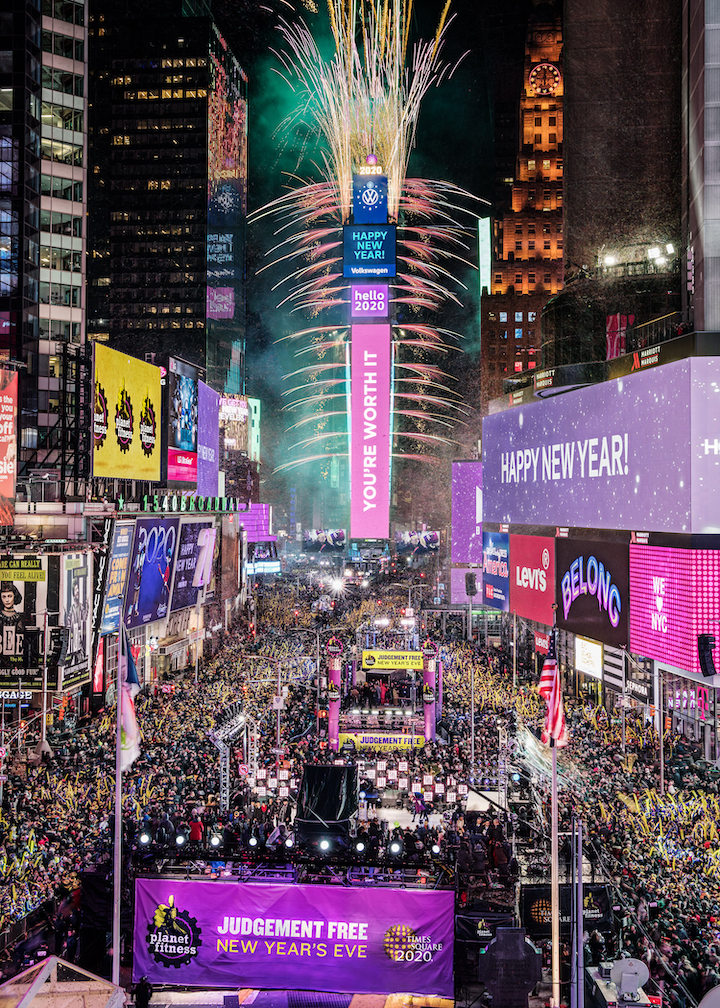 Countdown Entertainment and the Times Square Alliance host the annual New Year’s Eve in Times Square bash, which is broadcast and streamed to more than one billion viewers across the globe. This year’s extravaganza featured performances by crowd favorites like Post Malone, Alanis Morissette, LL Cool J, and the Village People. As the ball dropped at midnight, 110,000 pieces of confetti filled the air, each with a wish for the new year submitted either in person or online by people from all over the world. Next: December 31, 2020
Photo: Courtesy of Times Square Alliance and Countdown Entertainment 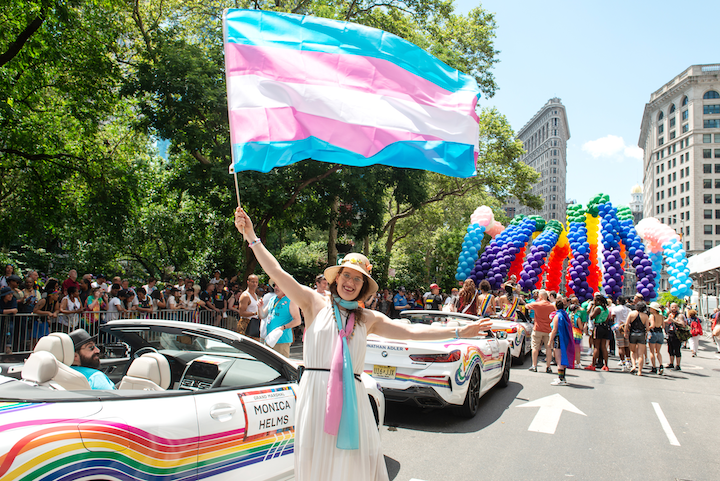 NYC Pride is always a massive celebration, but in 2019, attendance soared to five million people as the city concurrently hosted WorldPride, an international event held every other year in a different city. Madonna, Grace Jones, Billy Porter, and Cyndi Lauper were among the notable participants at last year’s event, which commemorated the 50th anniversary of the Stonewall Uprising, the catalyst for the Pride movement. This year marks the 50th anniversary of the NYC Pride Parade, the centerpiece of the two-week celebration. Next: June 14-28, 2020
See more: Q&A: How New York Is Bringing the First WorldPride Celebration to the United States
Photo: Madison Voelkel/BFA.com 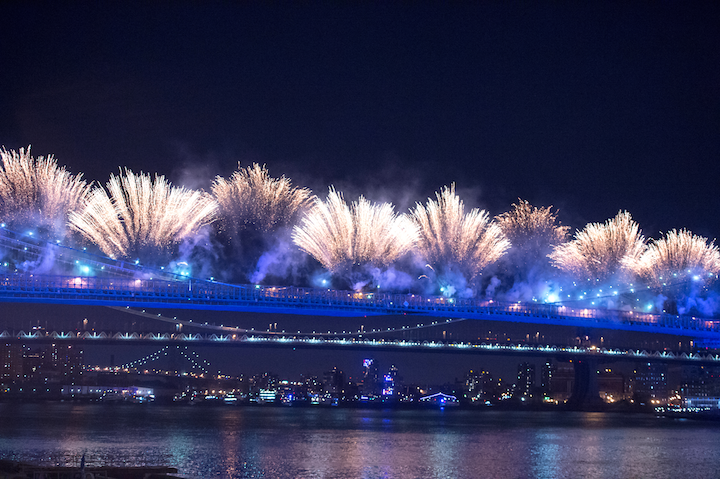 Every Independence Day, three million people turn their attention to the skies above the East River to watch the Macy’s Fourth of July Fireworks, and millions more tune in to see the dazzling festivities live on NBC. The 2019 show offered a tribute to American cinema and featured more than 70,000 shells and effects launched from the Brooklyn Bridge and four additional barges. Derek Hough and Ciara hosted the celebration, which also included performances from Luke Bryan, Khalid, Maren Morris, and Brad Paisley. Next: July 4, 2020
Photo: Michael Stewart 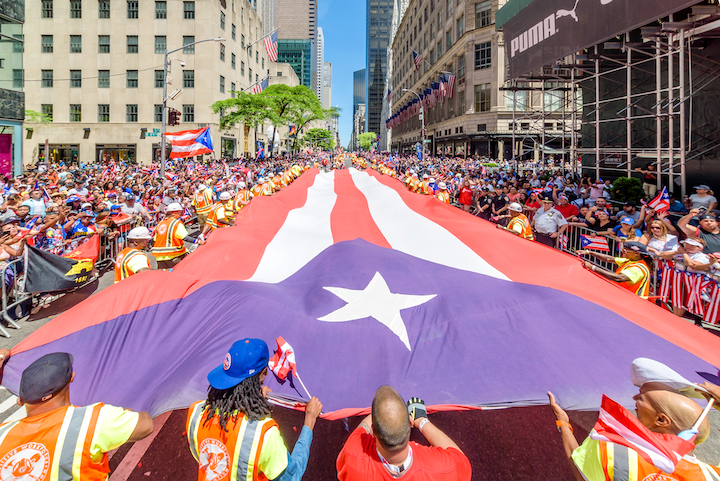 Up from #6
Ricky Martin served as Grand Marshall at last year’s National Puerto Rican Day Parade, which took place just weeks before he became a leading force in the protests that led to the resignation of the territory’s governor. Alexandria Ocasio-Cortez, musician José Feliciano, golfer Chi-Chi Rodriguez, and actress Mj Rodriguez were among the other figures recognized in the procession, which made its way down Fifth Avenue in front of roughly three million cheering onlookers. The parade returns for its 63rd year in 2020. Next: June 14, 2020
Photo: Erik McGregor/Pacific Press/LightRocket via Getty Images 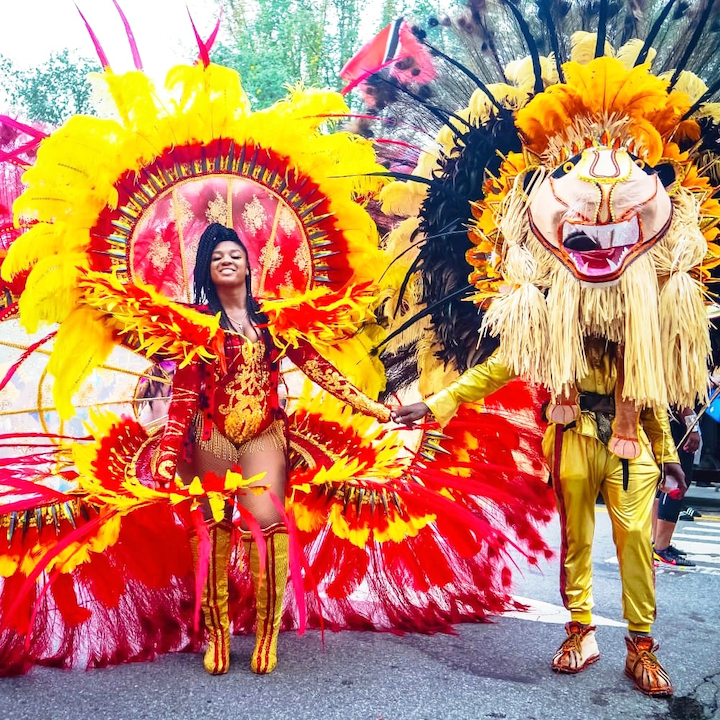 The West Indian American Day Carnival Association presents the annual New York Caribbean Carnival, which encompasses concerts, parties, workshops, and other engaging cultural programming. In 2019, 1.3 million people gathered to watch more than 40 costume-clad groups make their way along the Eastern Parkway during the lively parade that serves as the centerpiece of the four-day celebration. This year’s festivities, themed “Catch the Vibes 2020” will celebrate a new decade of the Caribbean cultural experience. Next: September 3-7, 2020
Photo: Courtesy of West Indian American Day Carnival Association 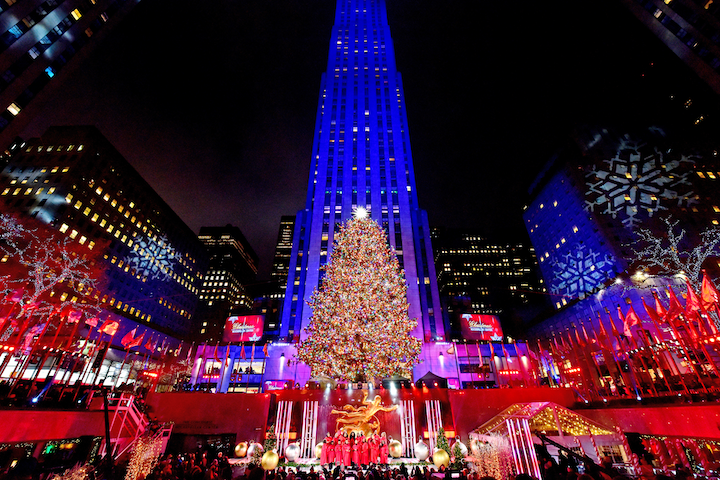 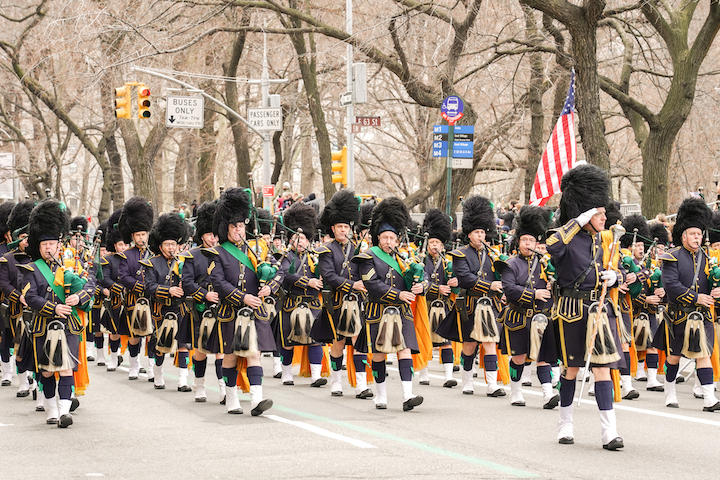 The St. Patrick’s Day Parade in New York City dates to 1762, making it the world’s oldest and largest event of its kind. Two-and-a-half million people line the parade route as bands, civic groups, and other revelers march down Fifth Avenue in a festive display of Irish faith, heritage, and culture. The 2020 parade will celebrate labor unions and commemorate the 100th anniversary of women’s suffrage. Next: March 17, 2020
Photo: Dom Totino Photography 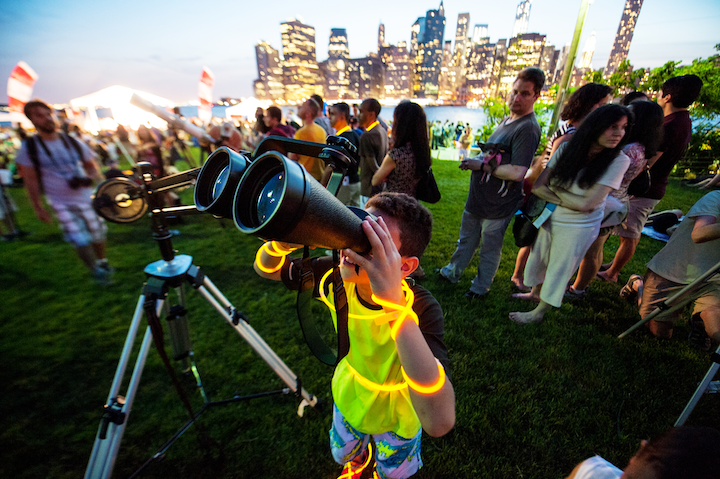 The 2019 World Science Festival kicked off with a gala celebrating Albert Einstein and continued with five days of workshops, talks, films, debates, and other interactive and educational programming. More than 130,000 attendees participated in events ranging from stargazing in Brooklyn Bridge Park to counting fish on Staten Island to a panel discussion about psychedelic substances. The 2020 festival will see the addition of the World Science Summit, which will bring together leaders in science and business to discuss issues that affect society today. Next: May 27-31, 2020
Photo: Courtesy of World Science Festival
More in Programming & Entertainment