Picture Burning Man. That annual gathering of the radical artistic community in Nevada's Black Rock Desert was the inspiration behind Dos Equis' "Most Interesting Masquerade," held last week in Chelsea's historic Masonic Hall. The unusual convergence of burner culture, beer, and Freemasons was yet another experiential extension of the brand's infamous ad campaign based around the so-called Most Interesting Man in the World. And much like the commercials—and, indeed, Burning Man—the event set the scene with an array of oddities and unusual experiences.

"To really understand what interesting is, you have to go and do the most interesting things in the world," said Michael Blatter, whose consumer engagement agency Mirrorball produced the bacchanal. "We came back from Burning Man not just with a million technical and artistic ideas, but most importantly we came back with a passion to go deeper. When you see what can be done creatively in the middle of the desert with no electricity, no bathrooms, and no crew, anything is possible."

Since 2010, Mirrorball has teamed with Heineken-owned Dos Equis for its Most Interesting Man campaign, giving life to events like a traveling carnival-like show and a treasure hunt competition that gave the winner a trip to Mexico. Travel was the central thread at the November 15 gathering, turning rooms across three floors of the grand lodge into what the brand dubbed the Most Interesting Academy. More than 2,000 masked and costumed guests spent the evening exploring an experiential maze that included a nightclub-like Venetian masquerade, a rug-thrown Middle Eastern palace, and a tribal dance floor guarded by grass-skirted hostesses. The campaign's bearded pitchman made an appearance, as did belly dancers, scorpion-topped canapes, and live exotic birds.

Chief among the evening's spectacles was the hall itself, the kind of space Blatter calls a "spectacular virgin venue" because no one but a Freemason can ever remember being inside. Mirrorball went through four other unusual locations—a derelict courtyard on Harlem's Boriqua College campus, an abandoned hospital across from City Hall, the shuttered Manufacturers Hanover Trust bank inside the New Yorker hotel, and a former elementary school in the East Village—before learning that the lodge planned to open its doors for the first time in a century to events.

Certainly, this was the building's debut on Facebook, Twitter, and Instagram, as guests uploaded photos and shared status updates throughout the party, particularly in a top-level room devoted to a "live canvas." The canvas involved two models, perched inside a framed shadowbox, whose bodies artist Craig Tracy painted with the image of a lion's face.

But perhaps the purest measure of an event's success is how well it connects to a desired audience, which in this case includes 21- to 34-year-old men. "When you have an event as ambitious as the Masquerade, it takes a synchronized effort from everyone at Dos Equis, as well as from Mirrorball, to produce an experience that leaves a positive impact with our target guy," said Ryan Thompson, the senior brand director for Dos Equis. "The event was a big win, as we've seen through social media feedback." 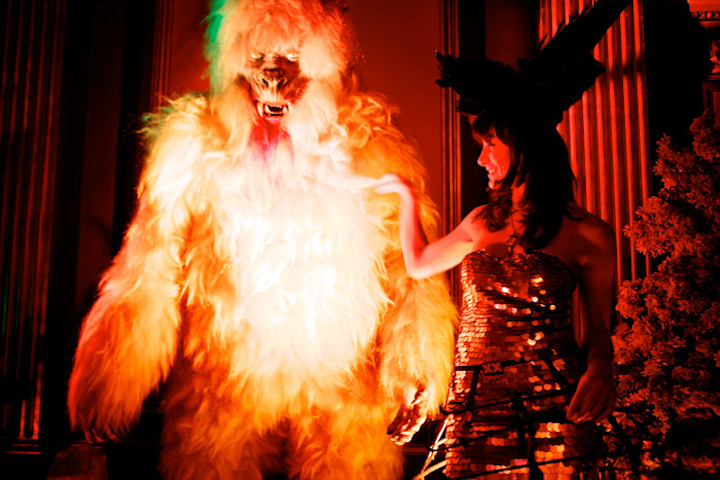 Masonic Hall became an academy of sorts, with different areas housing specific "departments." With the help of cryptozoology consultant Loren Coleman—a man who studies the pseudoscience of mythical creatures—one section was devoted to elusive monsters, including the yeti.
Photo: Courtesy of Mirrorball 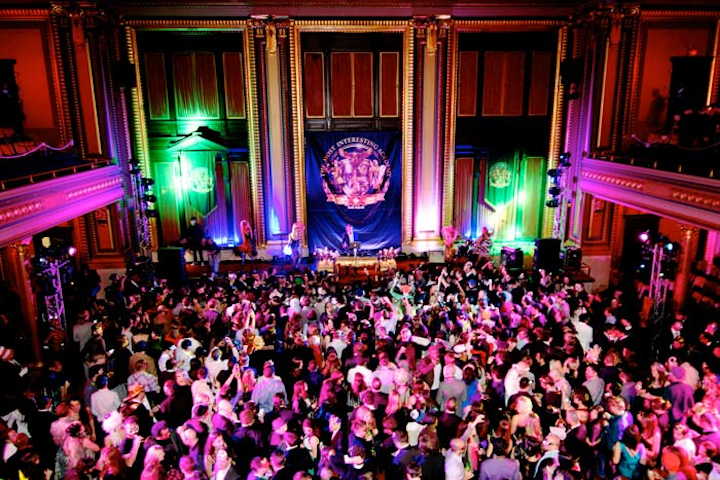 Inside the historic Masonic Hall, home of the New York Freemasons, Dos Equis created what it called the Most Interesting Academy, an experiential space filled with curios and experiences as an extension of its long-running ad campaign for the Most Interesting Man in the World. In the main space, performances included Andrew W.K. on an organ and DJ Diplo.
Photo: Courtesy of Mirrorball 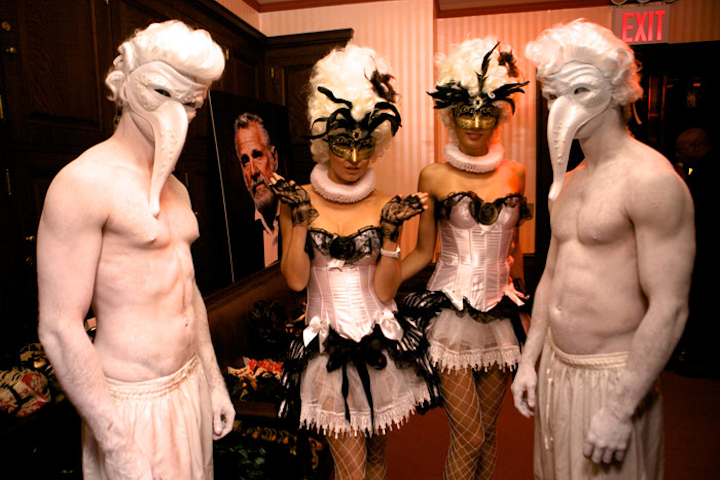 Some 2,000 guests attended the Masquerade event, where staffers in various costumes and masks helped set the scene.
Photo: Courtesy of Mirrorball 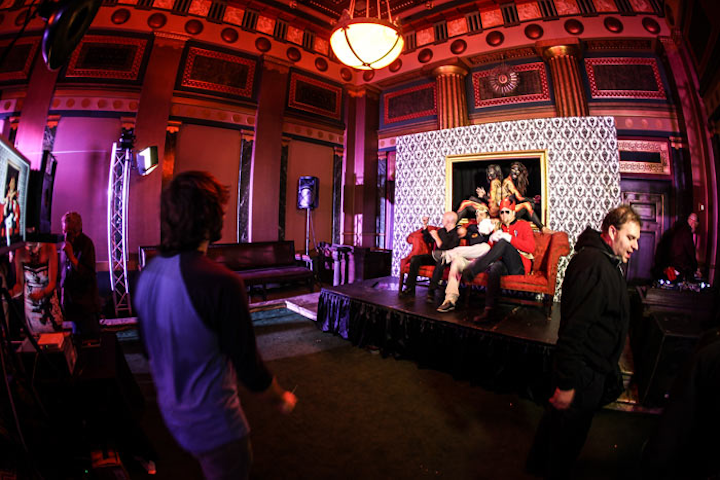 On another floor, Craig Tracy showcased the art of body painting, drawing half a lion's face on the sides of two models. When the models sat back to back, the full face of the lion was visible and formed the backdrop of a photo op.
Photo: Courtesy of Mirrorball 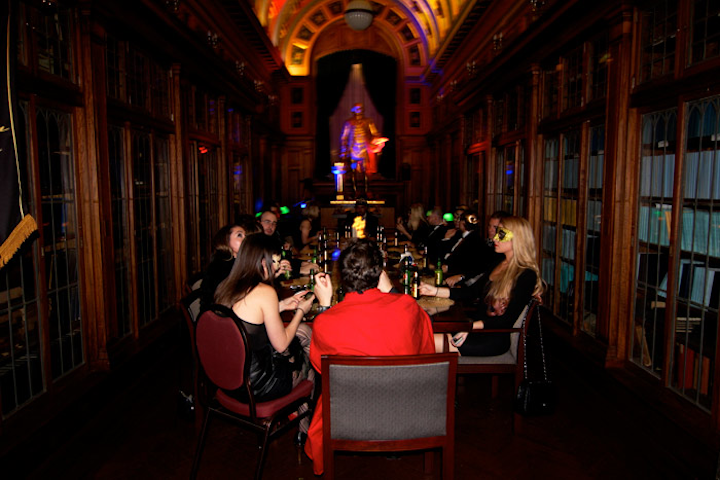 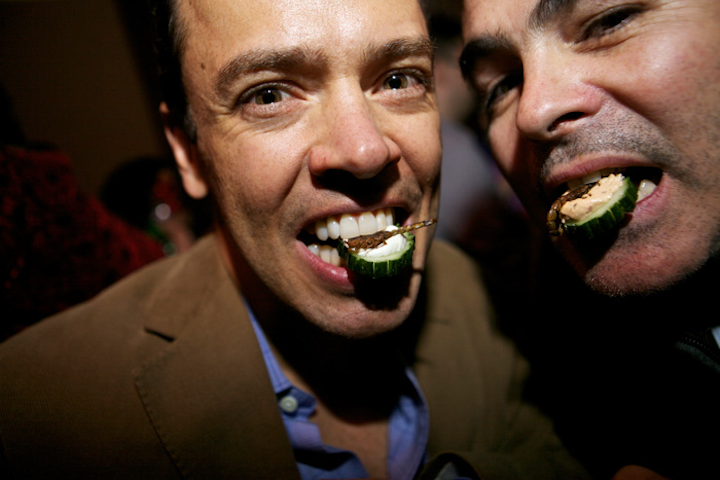 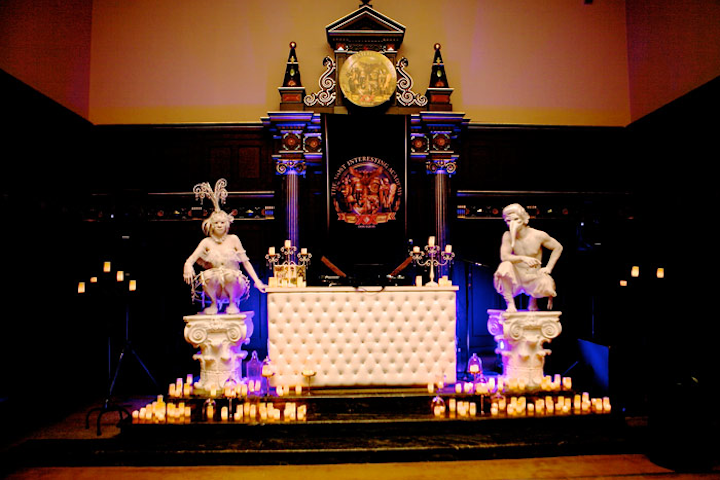 Beside a DJ station, living statues sat atop pedestals surrounded by candles.
Photo: Courtesy of Mirrorball 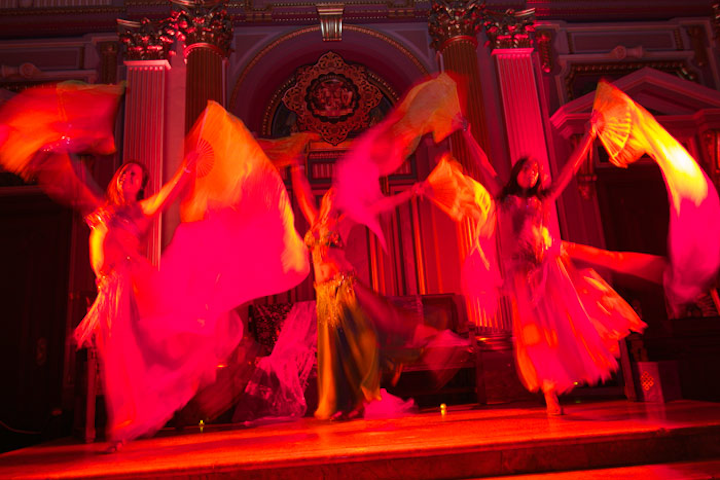 The masquerade also referenced exotic destinations to build on the story behind the mysterious character in Dos Equis' ad campaign. This included a performance by belly dancers.
Photo: Courtesy of Mirrorball 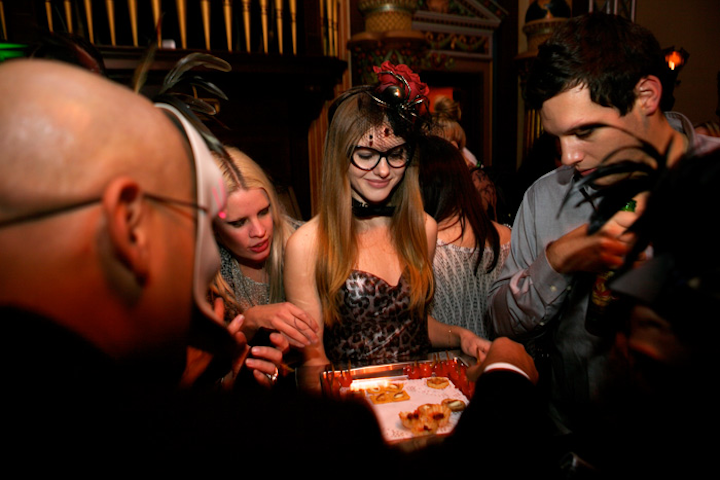 According to Ryan Thompson, the senior brand director for Dos Equis, the event was a big hit with its target audience of 21- to 34-year-old men, with mentions and photos on Facebook, Instagram, and Twitter. Elements like the bug buffet, bizarre objects, unusual entertainment, and an appearance by the Most Interesting Man in the World prompted social media posts like, "This Dos Equis event is sort of blowing my mind right now," and "Just met the most interesting man in the world...it was, the most interesting night in the world."
Photo: Courtesy of Mirrorball
More in Catering