The EXP conference is forging new ways of event thinking.

David Adler (@DavidAdler) is the C.E.O. and founder of BizBash.

Remember when the iPhone turned us all into story-tellers and revolutionized the event industry by expanding the reach of an event outside of its venue?

I believe that we are entering a new phase of the explosion of the event industry as a reaction to negative aspects of artificial intelligence—a movement and a practice that I am calling “intentional humanism.” Smart event organizers have been on the forefront of this sort of thinking, but now with the new speed of development, it is becoming a “must” and not a “nice to do” to keep events relevant.

On a recent Recode Decode podcast, the business guru Tom Peters ended by saying that he is buying URLs such as “extreme humanism” and “radical humanism” because he feels that the key new ingredient in enterprise success is the demonstration of humanism to attract both employees and customers. To me it is a the practice of “intentional humanism” that is what event pros need to excel in to keep their live gatherings relevant and effective.

In June, I attended the first EXP conference in Napa Valley, an event billed as a conference for the experiential economy and designed to model the next level of experience design. It gathered 60 pioneers in the field with participants from TED, SXSW, and Daybreaker as well as co-founders of Woodstock, Burning Man, and the punk rock festival Desolation Center.

The common denominator of everyone who attended was a desire to create deeper human connections between people by making their experiences more intentional, profound, and transformational. Using data to achieve those goals and embracing AI for decision making is part of that process. The danger is that AI and data become overused and we forget about the human element. Part of this new practice of intentional humanization is to unify the group by using experiential learning as part of the process. A group that learns together grows together.

The event was orchestrated by Sarah Shewey, the energetic founder of the the staffing company called Happily and an organizer of TEDActive. I believe in the project so much that I am one of the investors in the vision and have been partnering on the project.

What was also remarkable about the gathering of these pioneers is that it morphed from a conference into an affinity group of like-minded people in a period of 72 hours into the EXP Circle. Basically what has formed is a virtual Soho House for the experiential economy pioneers who want to gather in their own communities and at larger conferences. (You can apply to join here.)

To put the Napa Valley EXP EXP conference in context, here are seven things that I consider moving in the direction of practicing intentional humanization for events.

1. Intentional site selection
The location of the conference was chosen to support the recovery of Napa Valley following last year’s wildfires. The conference also decided to support a plant-based food program by reducing meat consumption the group was able to save more than 300,000 gallons of water in an area where droughts have been common.

2. Intentional participant casting and improvisation
Taking a page from scripted entertainment, each person who attended was interviewed before arriving and was set up on a curated blind date. This facilitated one-on-one relationships and forced the organizers to understand who was at the conference. Each date lasted 90 minutes and was designed to create some discomfort to move from transactional networking experience to a deeper connection.

3. Intentional moments
Interactivity, hiking, and reflection time was built into the schedule. Meals were about participating in experiences like learning to shuck oysters or making cheese. These casual group activities brought about group bonding based on learning together.

4. Intentional simplicity
All workshop sessions were recorded and analyzed for learning effectiveness with the takeaways published for to easier consumption. Also the session descriptions were more casual and approachable. For example, titles were simple and direct like this one: “Build your own damn conference.”

5. Intentional interaction on demand
Integration of everyday tools like WhatsApp as the network for attendees enabled pre-show, on-premise, and post-show communications.

6. Intentional chillness
Fluid scheduling allowed for changes on the fly as to locations and times for sessions and activities. One of best sessions was moved from inside to the pool, changing the entire nature of the discussions. While it drives organizers crazy, building flexibility into a schedule makes it feel more human. Thinking out Plan B, Plan C, and Plan D and being flexible doesn’t mean being unplanned.

7. Intentional mystery
Surprises and unscripted spaces enabling mystery by keeping elements of the events a surprise allowing group to feel like they were all discovering and experiencing things together. An example was moving the general session off-site to a dungeon of a castle, where attendees had breakfast followed by a session.

As an event pro, it will be more important to lean into the practice “intentional humanism” for events rather than to bow at the altar of artificial intelligence alone. It is the learning from AI that will enable us to be more human in the design of our events. Learn everything. 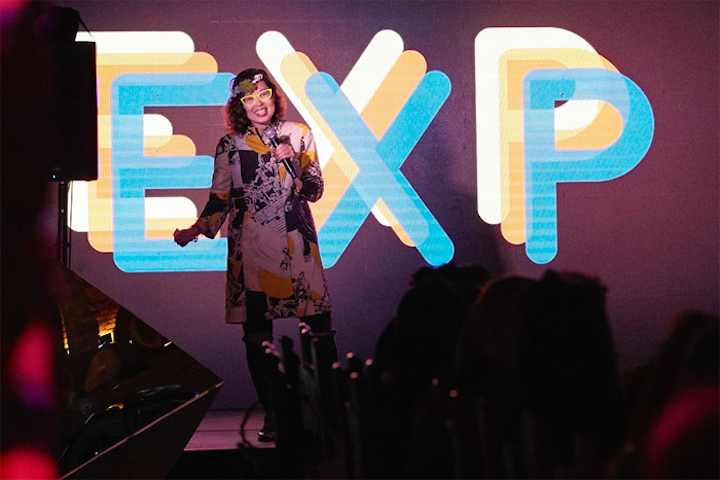 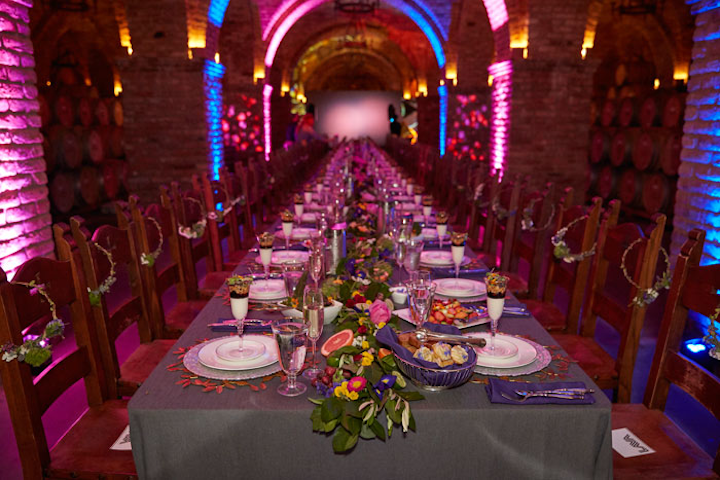 The Grand Barrel Room at Castello di Amorosa was the dramatic scene for the general session.
Photo: Marla Aufmuth 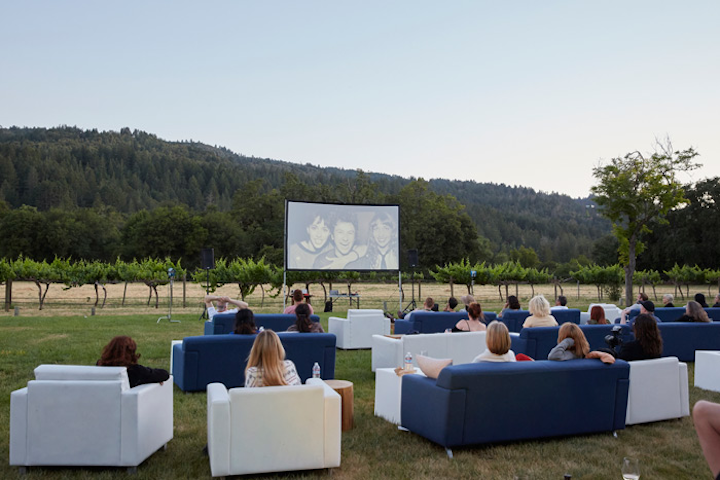 Guests watched a screening of the documentary Desolation Center on the lawn at Sterling Vineyards lawn. Cort Furniture Rental couches turned the space into an outdoor living room. Director Stuart Swezey introduced the film, which tells the story of Swezey's effort to organize the first concerts in the Mojave Desert.
Photo: Marla Aufmuth 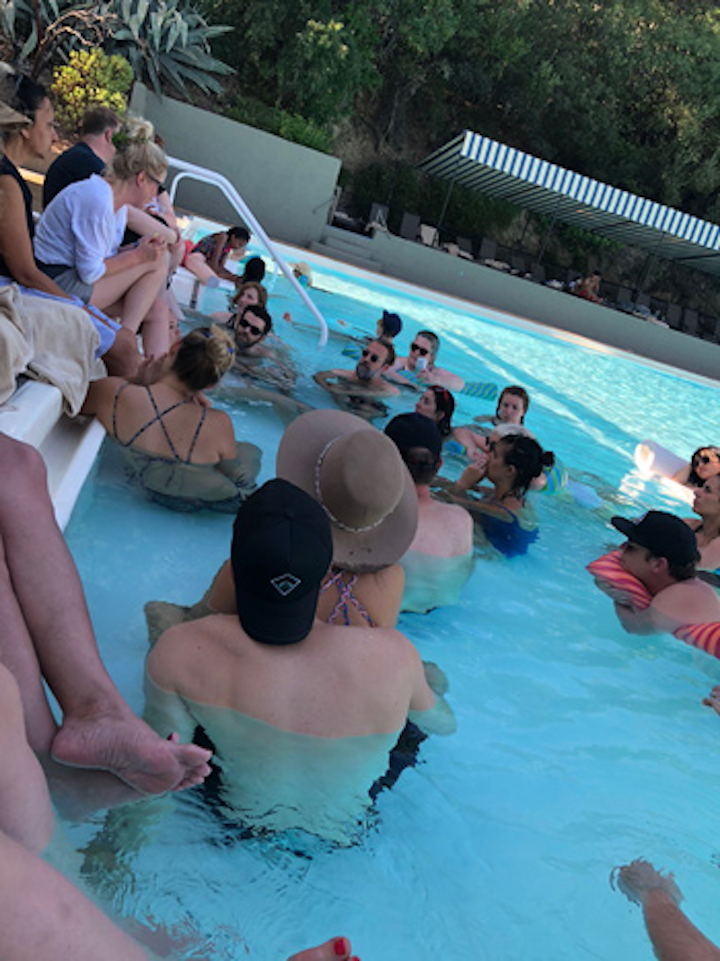 The last  Show and Tell Me What to Do program offered a way for attendees to source wisdom from the crowds, a fresh flip on the one-to-many format of talks. The session was moved from a traditional setting to the pool.
Photo: Marla Aufmuth 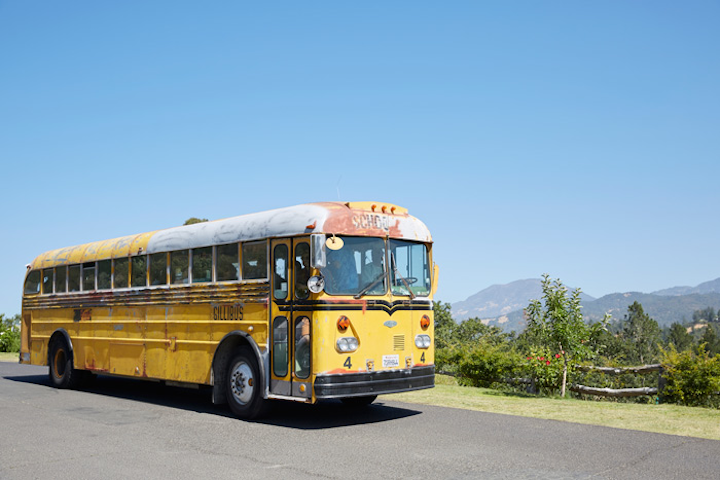 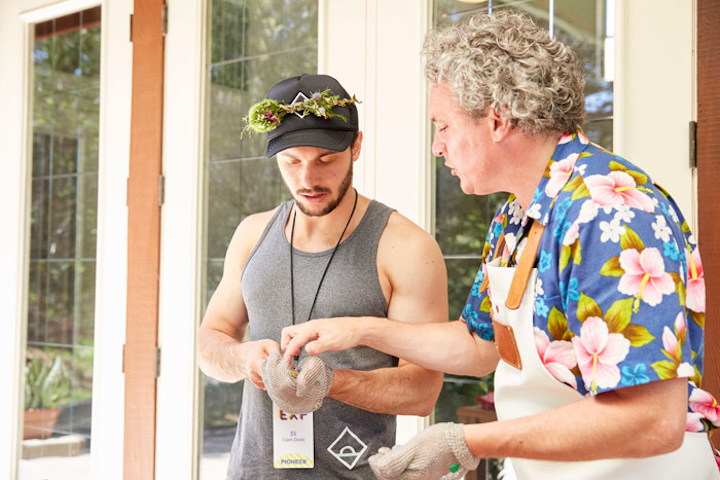 Experiential learning was one of the hallmarks of the conference. Here Daybreaker co-founder Eli Clark-Davis learns how to shuck oysters from the Osyter XO’s Rifko Meier.
Photo: Marla Aufmuth 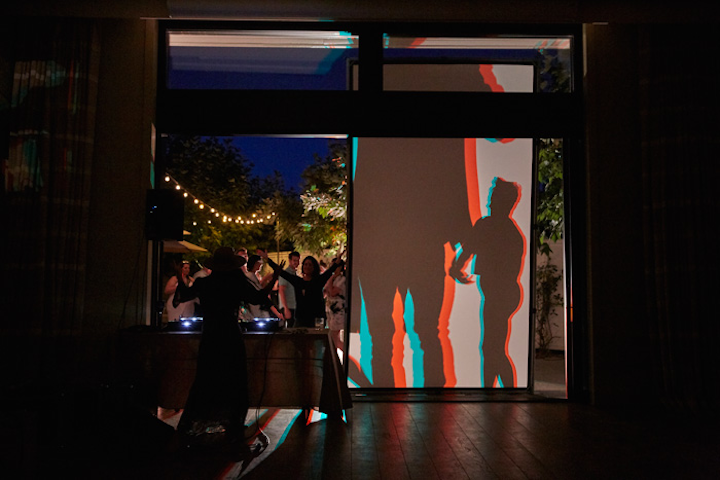 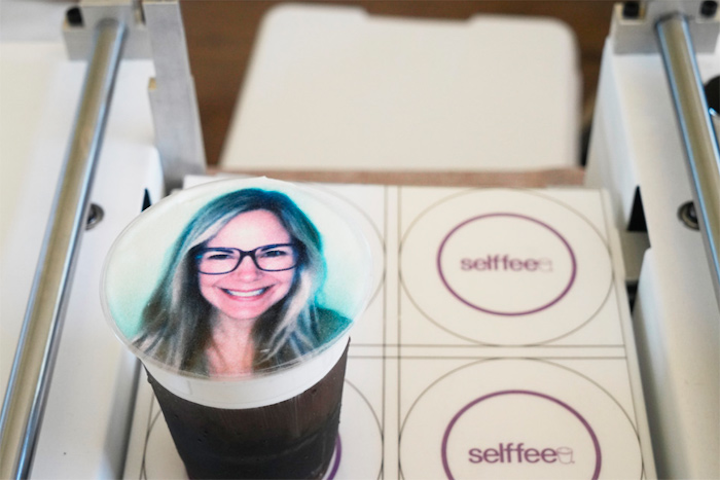 Guests could sip an iced latte personalized with their own image from Selffee.
Photo: Marla Aufmuth
More in Opinion/Experts 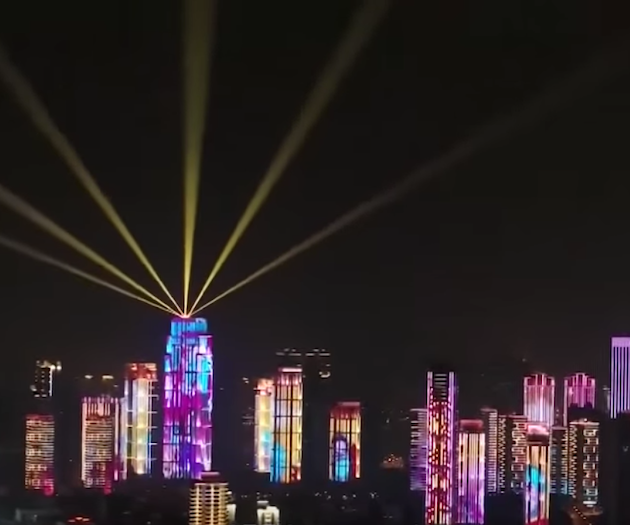 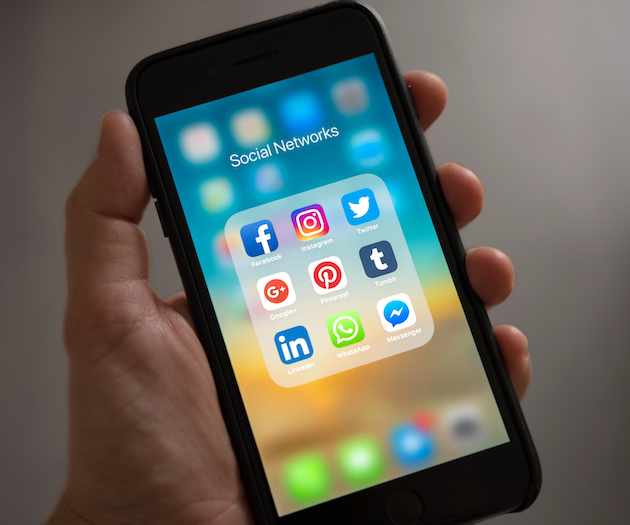 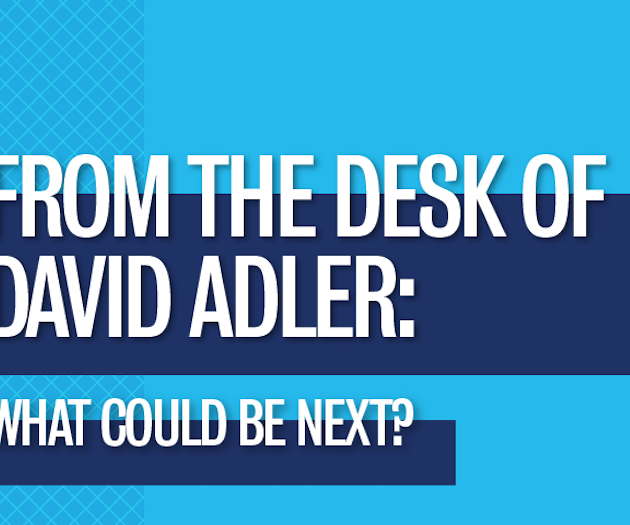 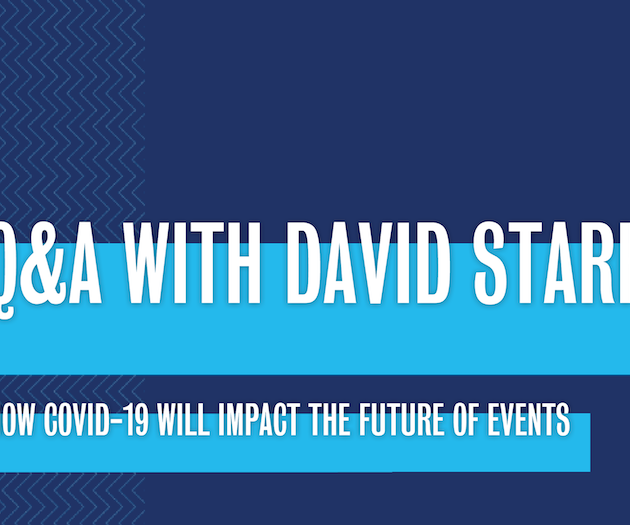 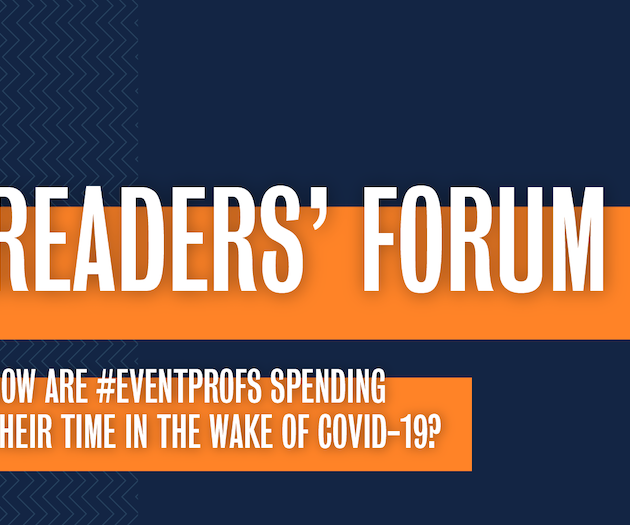 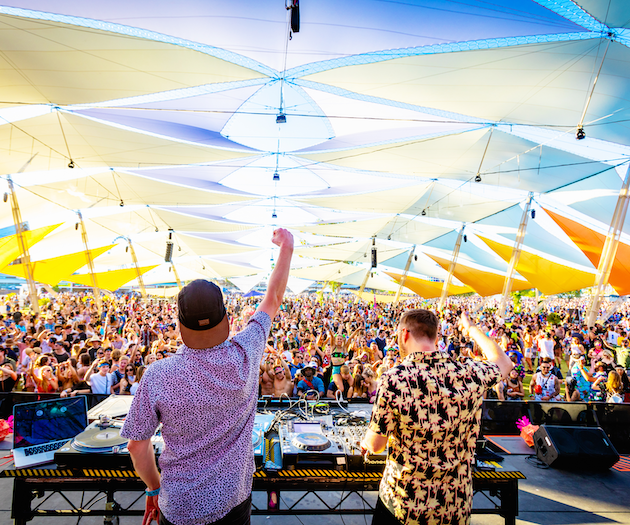 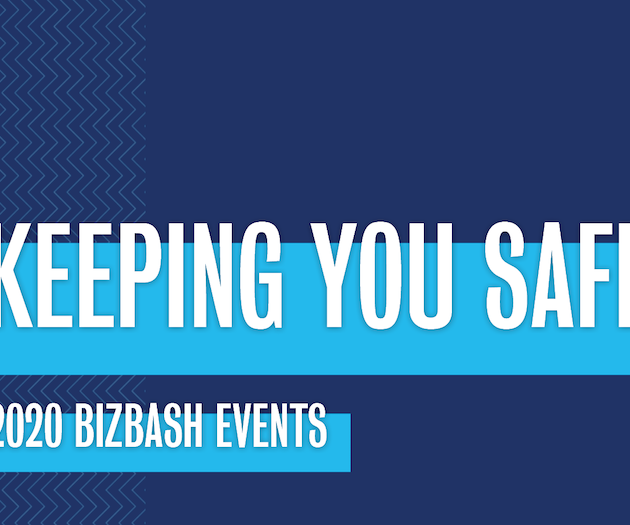